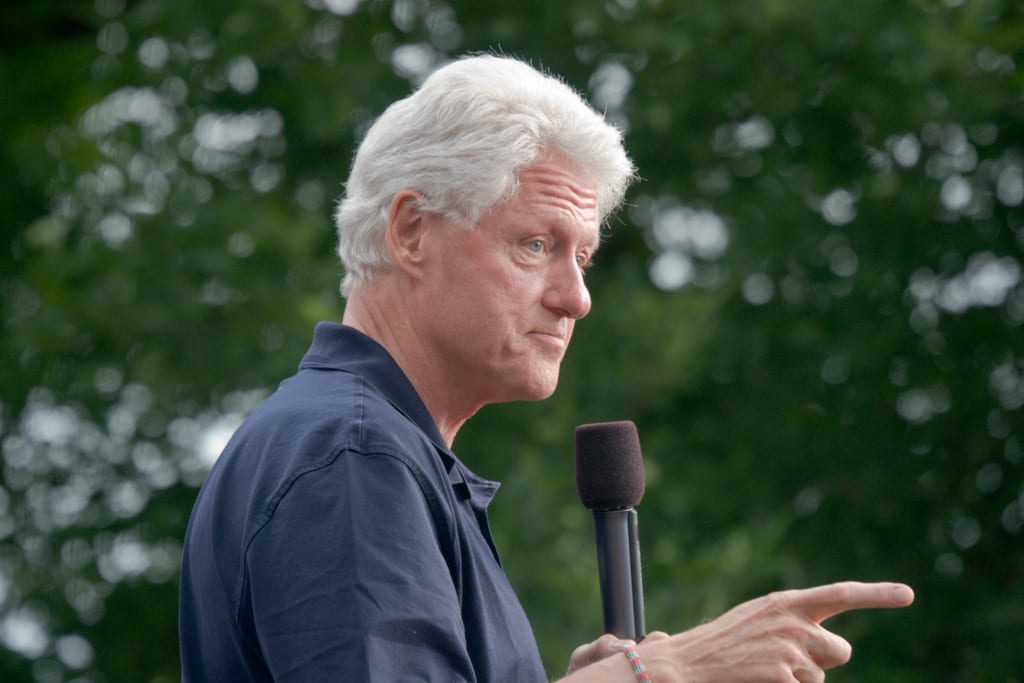 There is unbridled outrage by the political Left and their media partners over President Donald Trump’s commutation of Roger Stone’s prison sentence. No matter what one thinks of the commutation, Trump’s executive clemency decision pales in comparison to the final two years of Bill Clinton’s presidency.

Bill Clinton received nearly 4,000 petitions for executive clemency from the day he took office until January 1999. Compared with every president since George Washington, Clinton was stingy in approving clemency requests. Of the 3,923 requests received during his first six years in office, every petitioner was left empty-handed except for 77.

It got so wild in the final months of the Clinton presidency that half-brother Roger was cold-calling applicants offering to get them clemency in return for cash.

The 56 clemency petitions Clinton approved during his first term were the fewest of any president since Thomas Jefferson, the nation’s third commander-in-chief, who issued a mere 45 clemencies. Consider Jefferson’s clemencies were given when the U.S. had a population of only five million compared to the 285 million during Clinton’s first term.

Clinton was the first president since Washington to not issue executive clemency in two full years (1993, 1996) of a complete presidential term. In contrast, the 334 pardons and commutations the 42nd president issued in his final 10 months in office were nearly three-quarters of all executive clemency he awarded throughout his entire presidency.

Clinton’s rejection rate during the first six years of his presidency was a stunning 98 percent. That is, until Hillary Rodham Clinton decided she wanted to run for the seat of New York’s retiring U.S. Sen. Daniel Patrick Moynihan. Then, everything changed.

In the final two years of Clinton’s presidency, the entire Clinton clan treated executive clemency as if it were their personal property. Clemency was dished out in return for money, gifts, and influence. More than 50 clemency recipients or those lobbying the Clintons for clemency on behalf of others had direct ties to Hillary. Hillary stockpiled financial and political IOUs she cashed in when she ran for political office, including the presidency.

Everyone got into the act. First brother, Roger Clinton, and Hillary’s siblings, Hugh and Tony Rodham, each made hundreds of thousands of dollars hustling executive clemency for felons who were willing to pay. Among the clemency recipients was Carlos Vignali, a cocaine drug kingpin. Hugh was paid more than $200,000 to ensure Vignali received a commutation from Clinton.

It had gotten so wild in the final months of the Clinton presidency that Roger was cold-calling applicants offering to get them clemency in return for cash. One applicant, who wishes to remain anonymous, wondered how Roger Clinton knew they applied for clemency and how he got their private cell phone number. Bill must have given the information to Roger, the unsuccessful applicant speculated. The applicant refused to pay Roger the requested six-figure fee and never received a pardon.

Of the 140 pardons Clinton issued on January 20, 2001, 47 completely bypassed the Justice Department, and 30 recipients had not even filed a petition. In those final hours of Clinton’s last day in office, the pardon attorney was frantically preparing clemency certificates for recipients whose names were misspelled or whose addresses were unknown. The pardon attorney was relegated to doing internet searches on people Clinton wanted pardoned. It was a free-for-all.

Some recipients were shocked they were given clemency they never requested. Another 14 recipients had previous petitions denied by Clinton and two were deemed ineligible under Justice Department guidelines. Another received a pardon before the Justice Department had completed its review of the petition. Twenty-three recipients had Arkansas ties, and four were among the 14 Clinton business partners and friends who were convicted of illegal Whitewater activities. Among these was Susan McDougal, who spent months in jail on contempt charges for refusing to testify against the Clintons in the Whitewater scandal.

Several of Clinton’s pardon recipients never accepted responsibility for their crimes — a key tenet before executive clemency is awarded. Other recipients were recommended against receiving clemency by the Justice Department, the presiding judges and prosecutors, and even Clinton’s own White House counsel.

Two recipients, Roger Clinton and Glenn Braswell, were under FBI investigation for possibly committing additional crimes when they received their pardons. Braswell was later convicted of his crimes. Bill Clinton’s pardon wiped away Braswell’s first conviction, allowing him to be treated as a first-time offender instead of a twice-convicted felon.

Among the most notorious pardon recipients was billionaire Marc Rich and his partner, Pincus Green. Both were fugitives abroad from justice, did not serve any time, renounced their U.S. citizenship, and had engaged in further illegal conduct when Clinton pardoned them. Their criminal activity included trading with Cuba while under U.S. sanctions, Iran while it held 52 U.S. hostages, state sponsor of terrorism Libya that was responsible for the Pan Am 103 bombing that killed 189 Americans, the brutal and totalitarian regime of North Korea, and Iraq with the corrupt Oil-for-Food program.

The Clinton-Rodhams’ many pardons and commutations were so indefensible that long-time Clinton apologist and former adviser Lanny Davis could not bring himself to write even a single paragraph of spirited defense of the clemency decisions in his book. Davis’s Scandal: How “Gotcha” Politics is Destroying America was a noble effort to excuse and explain away Clinton scandals, but when it came to the pardons, Davis took a pass. For that matter, Hillary, too, skipped the topic entirely in her Living History.

For his part, Bill Clinton made a meager effort to explain away his scandalous pardons. He devoted barely three pages out of his nearly 1,000-page autobiography My Life to the matter. Not surprisingly, his comments were replete with one lie after another.

It is apparent today that the Clintons’ two-decade pay-to-play scheme that amassed nearly a quarter of billion dollars for Bill and Hillary Clinton and billions of dollars for the Clinton Foundation began with these pardons.

Mark Hyman is an investigative journalist. His book Pardongate: How Bill & Hillary Clinton and Their Brothers Profited from Pardons was released on June 30, 2020. You can follow him on Twitter and Parler at @MarkHyman.