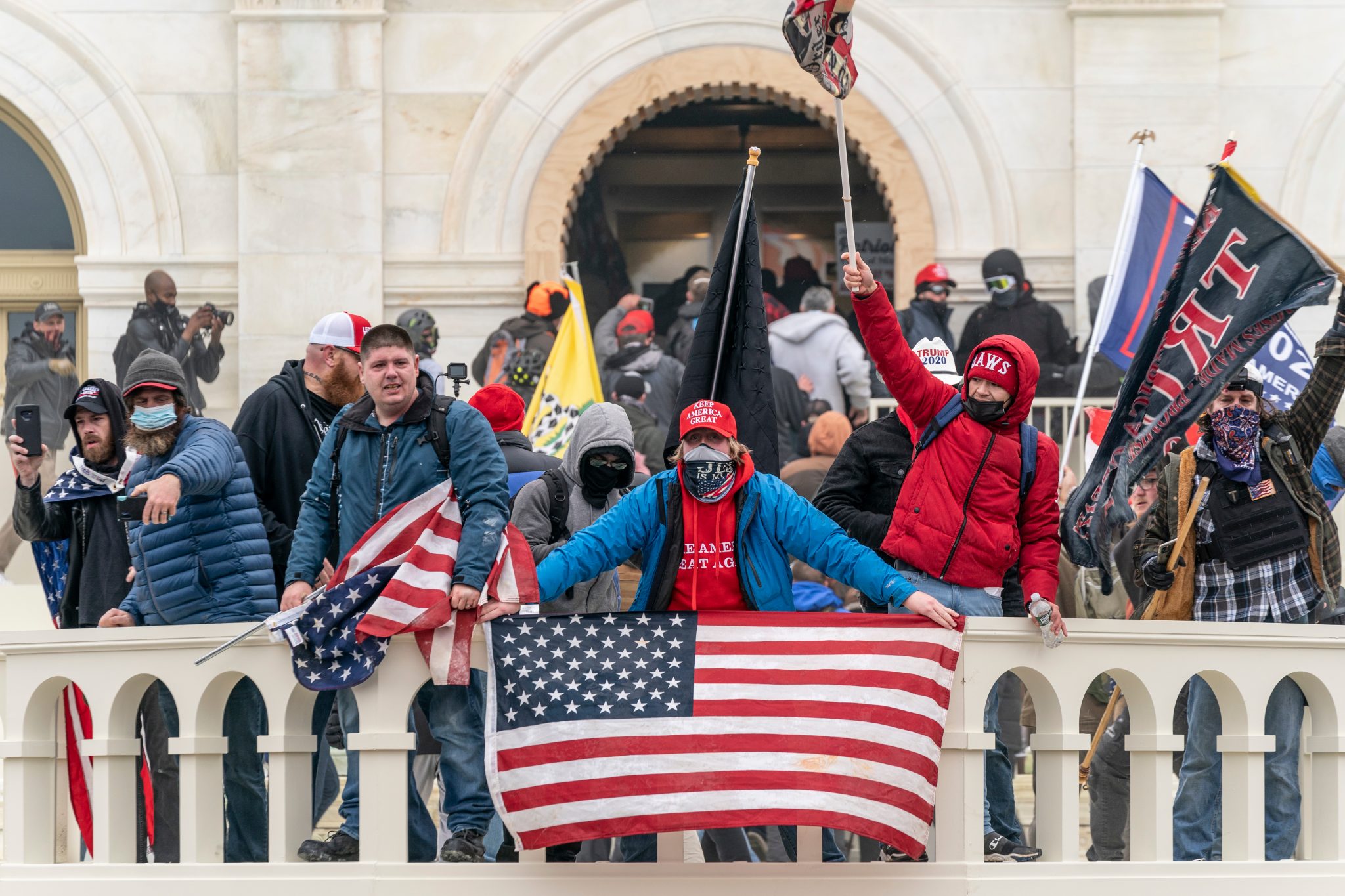 Mr. Tyrrell put it pretty well in yesterday’s American Spectator column, titled “The Long Goodbye. Donald”: “One of the most admirable virtues in politics is loyalty.”

We know President Trump did not explicitly call for violence in the Capitol. But it is impossible not to read his statements while ignoring the contexts of months of rhetoric about the election being stolen. Even if the several thousand stop-the-steal demonstrators on Wednesday were, as they typically are, orderly, it was knowable, and the president should have known, that such crowds can attract rowdies who may slip out of control.

Even these were in fact less dangerous than portrayed by those who exploited the appalling events. Jason Whitlock and several writers at The American Spectator and elsewhere noted as much. Whitlock noted in the Blaze, “If not for police shooting and killing an unarmed, female 14-year Air Force veteran, the protest staged by Trump supporters would have more in common with a 1950s fraternity panty raid than political riot.”

Mr. Tyrrell is right to note, however, as did F. H. Buckley a few days before, that if we look beyond the catastrophe of January 6, what Trump managed to do in three years, while no excuse for his end-game, included much that served America. And he worked while under unrelenting attacks on his administration and his person which he could not help viewing as a “legal coup.” This matters if we mean to regain a sense of union, which is a better term than the suspiciously fashionable “unity.”

You cannot help but feel that the president’s character defects are such that they, as much as the political acrimony we have sunk into, caused the political failure that, as the Wall Street Journal noted, might be impeachable. The great conservative paper stated that whereas a call to Ukraine made a mockery of the concept of impeachment and was quite properly viewed as a frivolous and crass political gambit by the Democrats, this situation could be viewed as a transgression of the constitutional separation of powers.

The leader of the executive branch was not merely musing about the failures of the legislative branch, which certainly have reached an alarming point; he called for an usurpation of its functions by extra-legal means. Neither a group of over-excited patriots, nor the president, nor the vice president acting on his own or at the behest of the president, has authority to get in the way of the legislative branch’s constitutional duty of vote certification.

This is fundamental and cannot be said often enough. Senators and representatives have every right to challenge the legality of states’ earlier certifications based on serious flaws in their voting processes; the Democrats have done it more than once. But the challenges having been presented, debated, and voted down, the case is closed. The rest must be resolved by elections or political deals. This must be understood. Not understanding it, not transmitting it to our children and to every new immigrant to our shores, will make us a country where ambitious men will not think about how to win votes but when to cross Rubicons.

Personal flaws that involve manners and decency are not impeachable offenses. You may be rude and obnoxious to your heart’s content and even disloyal to your friends. If you are not a man with class, someone like Woodrow F. Call or Jefferson Kyle Kidd, you can still be a political success.

As it happens, more than one president has been unlikable in any number of ways those two captains scorned. Usually the sins were hushed up, due to respect for the presidency certainly, but also because they did not affect governance and policy-making. They did not undermine the president’s leadership of the country nor his international prestige.

Past a certain point, treating with coarse disloyalty such patriotic men as Jeff Sessions, Jim Mattis, and Mike Pence harms national security. Our nation’s enemies, domestic and foreign, cannot but ask themselves whether anyone is at the helm when a commander in chief acts like a loose cannon.

Yet the devotion of those who served under President Trump, or covered his administration not as prosecuting attorneys but as journalists partial to American interests, proves the wrongness of sanctimoniously staying on the sidelines to berate those who tried to be helpful and fair — and loyal.

Intuitively favorable to America’s best interests, Donald Trump shook up policies running only on sclerotic conventional wisdom. But if his behavior invites such dismay that even Joe Biden can beat him in an election that, however marked by fraud, has not been proven to be stolen, what good are these salutary policy moves? His character simply makes it easier for the next lot to reverse them.

For all his gesticulation and incoherence in the face of the health emergency, the president may someday be seen as more sensible than his detractors, whose belated panic was used politically to cripple the economy during an election year. Some empathy would have served him better than unneeded bragging about “his” vaccine policy.

His two-month temper tantrum renders it unlikely we shall ever know for sure that Mr. Biden was fairly elected. This is not healthy in a democratic system. No one prevented Mr. Trump from showing grace under pressure while calling for due diligence — no one except himself.

That the Democrats are hypocrites, that they have spent four years engaged in “legal subversion,” and that they have “projected” their own terrors and malfeasances unto a convenient bogeyman will be recalled. But many will find it easy to change the topic to Donald Trump’s bitter last end-game.

And yet, my answer to those who would use the liberals’ own deeds to excuse Donald Trump’s words, which were reckless, however much you pick at his phrasings with nits, is this: Proverbs 24, Jewish, and Romans 12, Presbyterian — or in plain American, two wrongs do not make a right.

As our soft-spoken and stern publisher Melissa Mackenzie noted immediately on that day last week, “This is the beginning of something, not the end.” What must begin is not a Hatfield–McCoy war, nor a return to politics of empty suits, but a great revival of American faith — in America and in Americans.

Mr. Tyrrell’s reference to Raymond Chandler’s dark and brooding novel is apt, for it concerns loyalty, debts owed and paid. To whom, to what should we be loyal? To whom do we have debts?

We will fare poorly if we forget the Providence that brought such blessings as we have. We can keep our country and our republic; clarity about what really happened lately is a fair place to start. The writers who have been at it in these pages are, I am sure, just warming up.