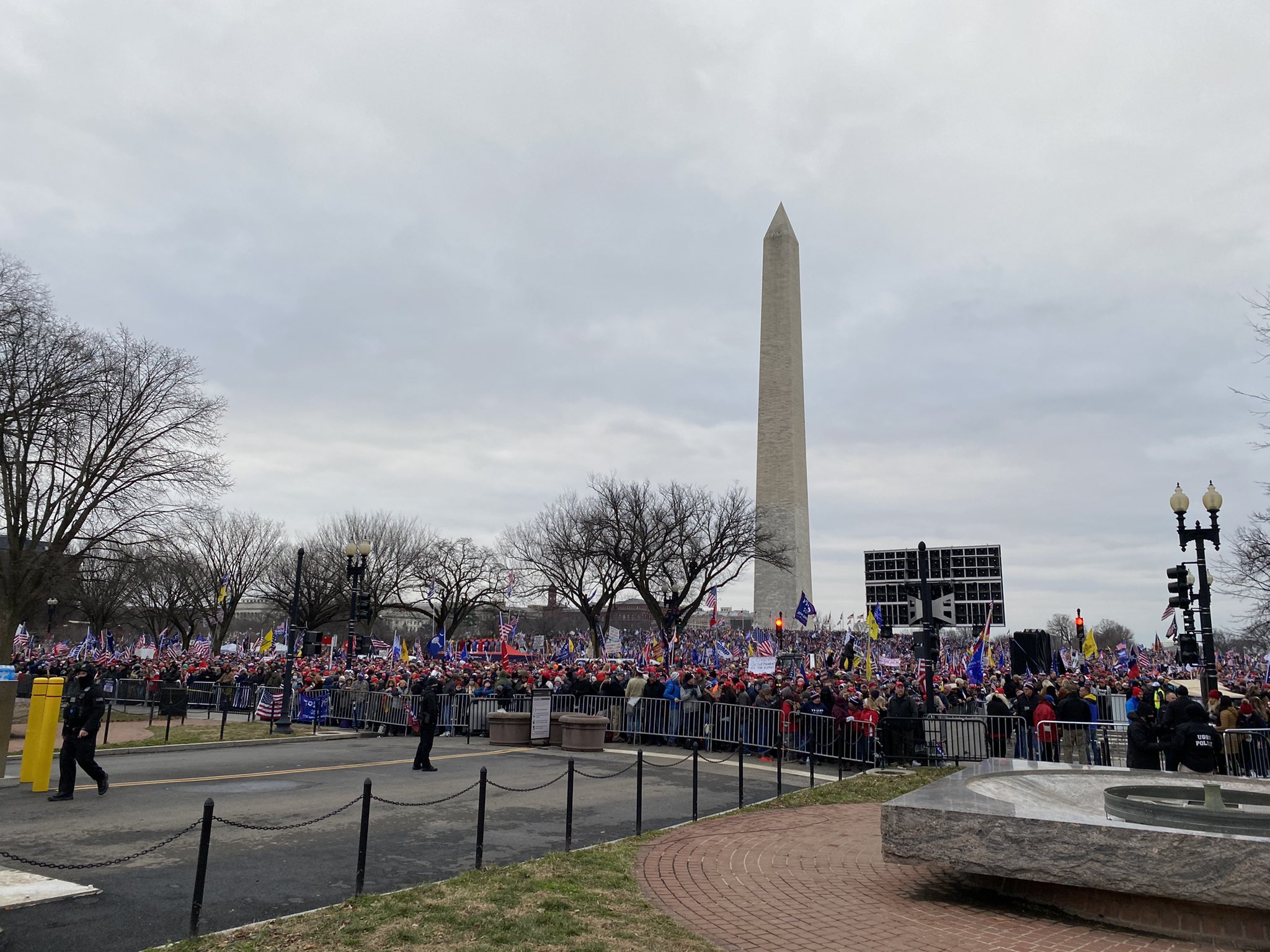 A toxic brew bubbled in 2020. It burst January 6, 2021. Mark this day. Like 9/11, there will be a before and after quality to what comes now. 9/11 was a generation ago. Breaching the Capitol in Washington, D.C. will be this generation-defining moment for the United States of America. Like in the aftermath of 9/11, many stupid policy decisions will be made. Liberty will be lost.

What is obvious right now:

Capitol security is woefully inadequate. It was shocking to see how easily the barricades were tipped over and the Capitol was invaded. Here’s a video of the exact moment it happened. The young people, clad in black, doing this don’t have a a MAGA quality. In fact, one older MAGA man attempted to restrain the young man attempting to push over the barricade. Was this the work of an agitator?

One of the more surreal bits: once the people were inside the Capitol, many studiously stayed inside the stanchions. A handful broke into the House chambers and into Nancy Pelosi’s office. The rest didn’t seem to know what to do.

A woman standing in a group of men was shot in the neck and later died. From the angle on the video, it’s unclear how the police officer or secret service member could even tell whether she was going for her pocket to get a gun, as is being asserted. She  stood there in the crush of the men around her. It’s a terrible tragedy that is getting lost in the news. Will the officer be charged?

The people inside eventually left peacefully. They’re all on videotape, though. Will they be arrested? Put on a watchlist?

How did this happen? The D.C. mayor refused adequate National Guard help. Beyond that, the security at the Capitol was alarmingly weak. Is it this way every day? Harry Reid presided over the opening of the Visitor Center which was meant to keep the “smelly” people at bay. A couple people pushing over a barricade shouldn’t be enough to storm the halls of Congress.

It’s not easy for police to fight back against their own citizens. Needless to say, security needs to be shored up. America’s enemies are watching.

Storming the Capitol harmed the cause of those questioning the election results. Disrupting Congress in the middle of doing what your team claims wants to be done – registering a protest of the results – does not win people to the cause. And the aggression displayed, in a few cases, repels people from it. The black lives matter protests had popular support until they started burning down whole sections of cities and the businesses of innocent people. This action does the same for those fighting for free elections.

Out-of-bounds behavior emboldens elected officials inclined to dismiss the concerns of their own voters. Politicians are weak and cowardly on a good day. They need their spines stiffened to do the right thing. They love any excuse to do the cheap and easy thing. Storming the Capitol gave it to them. Now, House Leaders and Senate leaders can give impassioned speeches and cover themselves in the glory of defending democracy all while the majority of the country has doubts that the Republic is solid and elections can be counted on.

American voters are less likely to get answers now. Their worries dismissed.

Norms no longer exist. A judge was killed last year. Congress members were shot at a baseball game. Representative Steve Scalise was almost murdered. BLM and Antifa attacked federal buildings, businesses, and people. Few have been arrested and held accountable. Senator Rand Paul was attacked by his next door neighbor. Senator Josh Hawley’s wife and infant child was threatened in Missouri in the middle of the night. People are yelling at strangers to A) wear a mask and videotaping and harassing them or B) not wear a mask and are videotaping and harassing them. Young people are attacking children wearing MAGA hats. The media is defaming teenagers and innocent people.

All rules of civility are gone. Breaching the Capitol is a giant manifestation of a trend that should disturb everyone. With no social governors on behavior, with no punishment for breaking the law, with uneven enforcement, lawlessness increases. The law is simply not respected and those who make them are scorned.

America’s citizens hold office holders, the media, and nearly every form of authority in contempt, so undermined are the institutions. The church, the academy, science, medicine, home-life is so politicized and corrupt that respect is gone. This powder keg invites more bad behavior. Rather than clean up the institutions and restore trust, expect the institutions to become more self-protective and corrupt.

Unlike BLM and Antifa rioters who burn and loot and murder with impunity, anyone associated with the MAGA protestors will be found and prosecuted and spend years in prison. The people who end up there will be bewildered and ill-equipped to understand how they ended up there.

The two standards of justice will become more obvious. The authoritarianism will incite more anger. The vicious cycle will continue.

Donald Trump will leave office diminished.  President Trump’s words today were mild in response to the actions of the protestors. After the damage was done, he asked the protestors to go home.

There are risks to impeachment and removal of the President. The GOP risks making him a martyr and losing half of their base, maybe more. The President’s son, Eric Trump, threatened to primary every Republican who is seen as betraying the President. That’s not an idle threat. 70% of the Republican base believe the election was stolen. The leadership of the GOP seems to be indifferent to whether that actually happened. It matters, though, for their own re-election bids, that their voters believe that votes count. The Senate was lost in Georgia possibly because people believed that their votes didn’t matter. Have the Republicans considered whether people will vote for them in the future if they believe their votes don’t matter?

President Trump has lost good will since the election. He is, and remains, not a politician but a brash get-things-done business and showman from New York. As willful as he is, it wasn’t enough to overcome the black-hearted beast that is D.C. He is not leaving and losing with dignity. He’s leaving scratching and biting. It’s mystifying to the tut-tut commentariat crowd on the Right, but his fighting spirit should become part of the Republican oeuvre or they’ll lose.

The GOP will enjoy a pyrrhic victory. Most of the Republicans in Washington despise Donald Trump and that includes the folks who gingerly interacted with him over the last four years. They helped stymie Trump’s policy goals. They aided and abetted the Democrats seeking to thwart those goals with spying, investigating, and general persecution.

Today will leave many of these scoundrels overjoyed. They better enjoy this moment, because it’s not going to last. There are many possibilities after today. A new party, perhaps? A significant portion of the GOP who leave and never vote again?

The fact is the GOP has done little to inspire the confidence of voters which is how America got a President Donald Trump in the first place. What does the GOP look like without Trump, who many viewed as a last-ditch effort to wake everyone up? What they were before: lifeless, indifferent, corporatists. That’s not a winning look.

What happened today, shocked and surprised, but didn’t. It felt like something was building. And it was. How the outrage would manifest was the question. Today, we found out.

Sometimes a convulsion of rage is expressed and then the moment passes. That’s unlikely the case after today. This is the beginning of something, not the end. Too many people feel disenfranchised and disregarded – the exact opposite of how citizens should feel in a Republic.

UPDATE: An earlier version included a link to Washington Times about facial recognition software that turned out to be false.