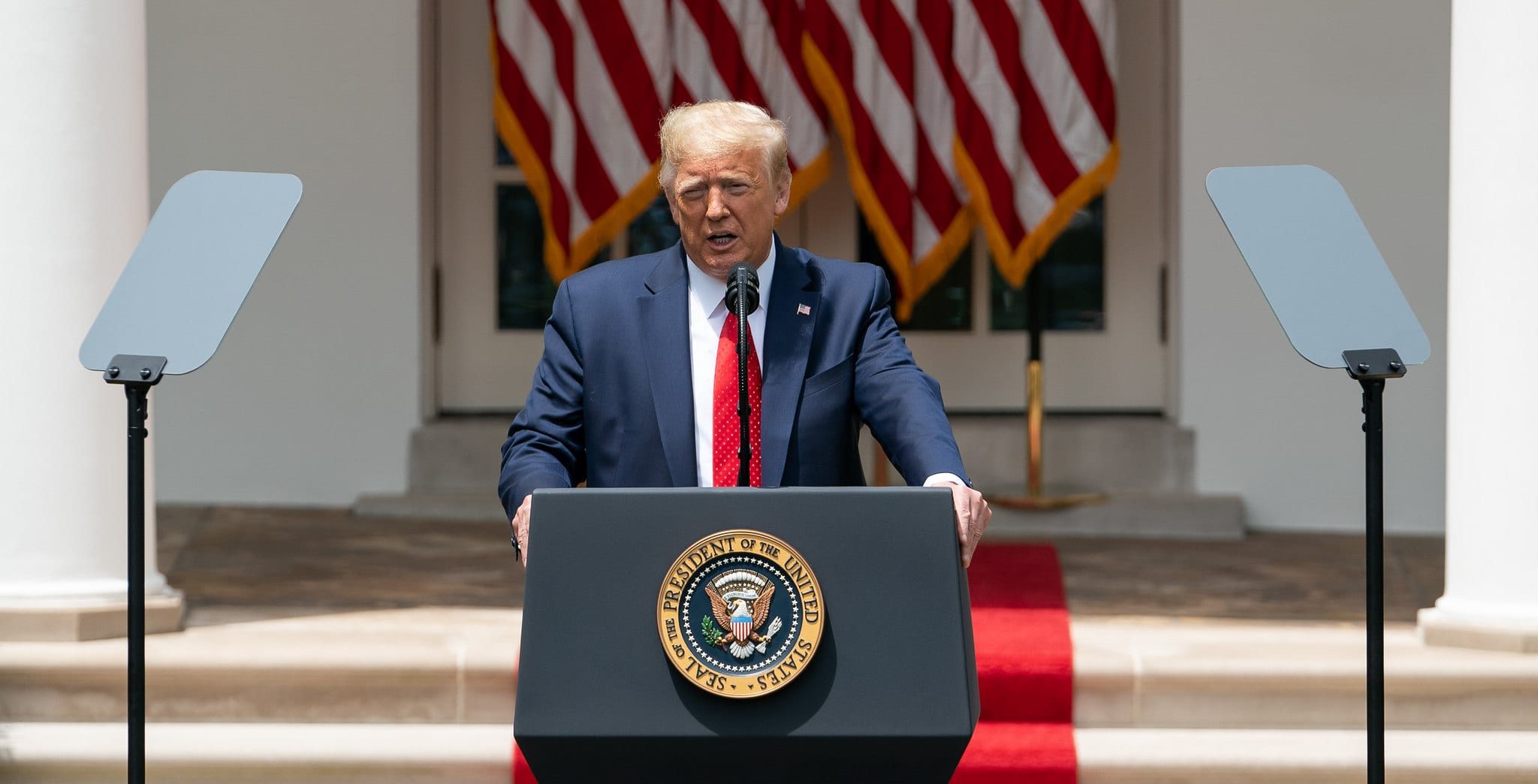 You will remember the election of 2016 as you think about the election of 2020. Twenty sixteen was the election in which The American Spectator led all publications in predicting the outcome. We predicted a victory by Donald J. Trump. That was astounding to other members of the commentariat, so astounding that only two members of that august body were moved to mention it: Seth Lipsky of the New York Sun and Ben Smith of Buzzfeed. Well, that is not completely accurate. The estimable Grover Norquist noted our prediction too, and he added that “If it had not been for Bob Tyrrell and The American Spectator, Hillary Clinton would have been president of the United States.” A chilling thought, but it is probably true.

We started making our singular predictions early. Jeff Lord offered his in 2013. I offered mine about the time Donald came down the escalator in June 2015. Both of us continued reiterating our predictions right up to election night. So, you might forgive me for expressing amazement over the commentariat’s amazement at Hillary’s loss. Hillary was bound to lose. She is no Bill. Yes, she had the upper echelons of the FBI willing to break the law for her. She also had the upper echelons of the CIA and the DNI himself on her side. Then too it is now apparent that Antifa was with her, at least the intellectual wing of Antifa.

But the geniuses of the commentariat forget a few revelations that repose in Hillary’s biography. She was hated in Arkansas, and she got Bill bounced from office when he sought his first reelection. In her White House years, she was the least popular first lady since the statisticians began keeping such records. She was unpopular as a senator from New York. She even had trouble winning the Democratic nomination from crazy Bernie. Moreover, she ran the most inept campaign since Harold Stassen. I would not be surprised if Bill voted against her. Show me the proof that he cast his vote for the woman who bashed more lamps and books on his head than were bashed one the heads of any other prior president. I am told by my spies that the Secret Service did not dare interrupt her assaults.

What is our prediction this time around? The last time I based my prediction only on two variables, the conservative vote and the independent vote. Frankly, I did not take the polls, most of which were predicting Hillary, very seriously. It was apparent to me early on that they could not be accurate.

Late last year, the Democrats gave us the Russian collusion farce and soon after that the impeachment farce. I thought both were gifts to the president. The Democrats handled both so badly Donald could only benefit from them, especially impeachment.

After all, the economy was doing great things. As 2020 began, inflation was low. The economy was expanding. Employment was so healthy that Latino and Black unemployment were at record lows. In fact, we were claiming that President Trump had introduced a new model for welfare. It was Trumpian workfare. Give a poor person a job, with its attendant security, dignity, and upward mobility, and welfare would be a thing of the past. Up against the gaffable Joe Biden or Crazy Bernie, the president was unbeatable.

Then the coronavirus struck. It came from China, and it knocked the stuffings out of the economy. Yet by the middle of May there was reason to believe the economy would be on the mend shortly. The coronavirus had slowed and seemed to be passing. Recovery showed signs of gaining strength. The economy’s vital signals seemed strong enough for the country to bounce back. For instance, the stock markets already were bouncing back.

Then came the riots and the cries of police brutality, and once again the economy was embattled. Stores that were opening up after the shutdown were, of a sudden, shut down again. From December to June — a little over a six-month period — America went through more crises than I have experienced in any one decade of my life, possibly two. By June the president was being hammered on all sides, except, of course, from his base.

In late December, I thought the president was going to win. Now even against Joe Biden it will be close, but he will win again.

On June 1, he gave a fine Rose Garden performance, and then, braving the rioters, he walked from the White House through Lafayette Park to visit St. John’s Episcopal Church across from the White House, which had recently been torched. Those who know their history recognized that he had torn a page from the playbook of Bob Kennedy. I was put in mind of 1968 when in the bloody and riotous aftermath of Martin Luther King Jr.’s assassination Bob Kennedy walked through the smoldering streets of Washington, D.C. He was esteemed heroic, and he was heroic. Would Donald Trump be now? No, he was dismissed as a vain man who would endanger his guards and the peaceful protesters throwing water bottles at him for a photo op. The president cannot win, except on election day.

In late December, I thought the president was going to win. Now even against Joe Biden it will be close, but he will win again. I put my money on the conservatives. There are more of them out there today than there were in December. I put my money on the independent vote. The independents get very serious when pocketbook and public order issues are at stake. It is better to have a president who brought us to prosperity a few months ago than Sleepy Joe. And on public order Joe sounds like what we once called an “appeaser.”

Finally, I think there will be others out there who have seen the cities smoldering and are going to do something unusual — vote. Some of them are Black and Latino. It is going to be a tight race, but I shall put my money on the president.