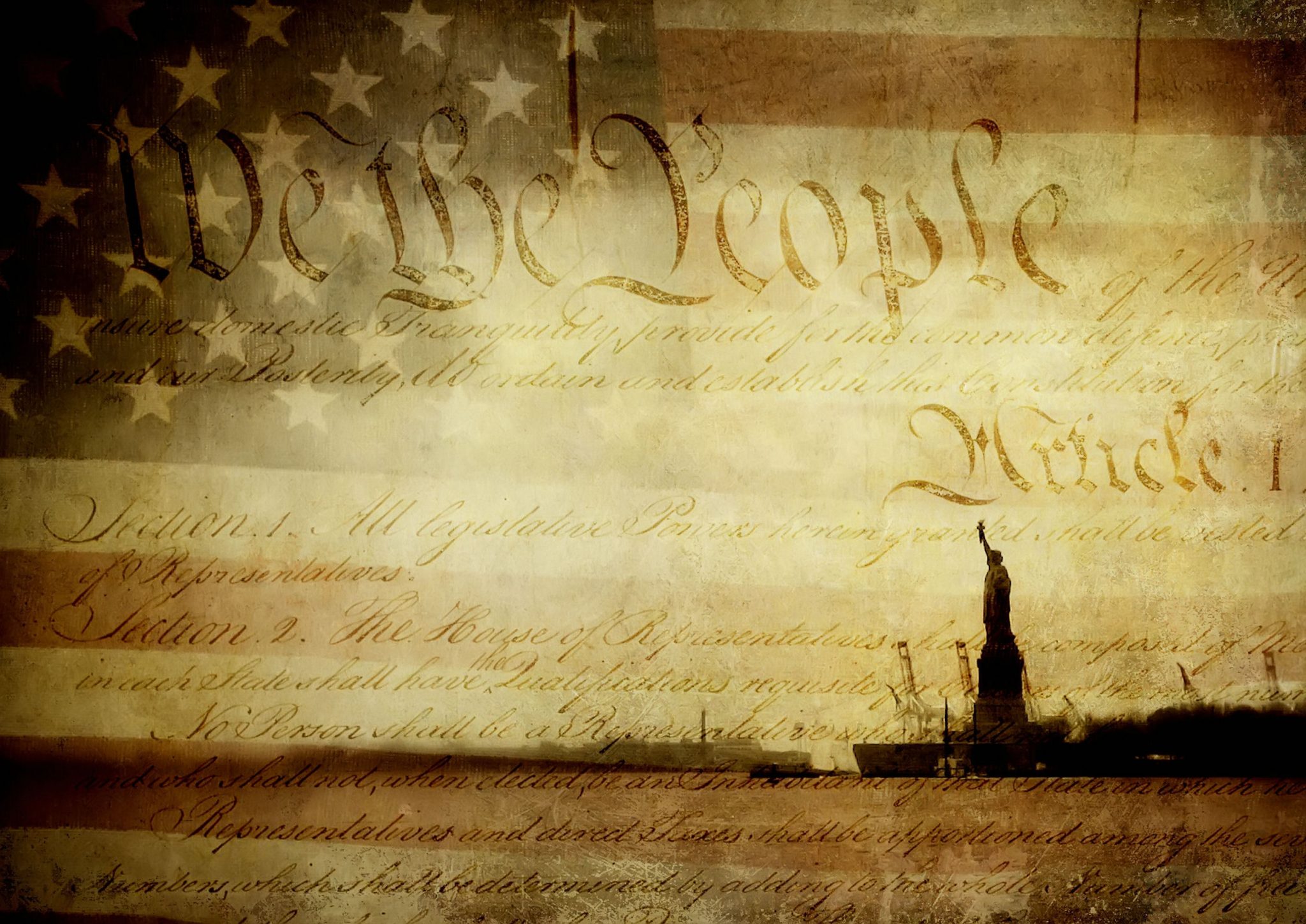 It’s in crises that we discover who our friends really are. And one thing amply confirmed by our present corona-nightmare is that those whom Alexis de Tocqueville called “true friends of liberty” are an increasingly rare breed these days.

Since March this year, numerous freedoms — freedom of association, property rights, free exercise of religion, freedom of assembly — have been pulverized as the full power of the state has been unleashed by government agencies across the United States. In genuine emergencies like war or plague, we let governments do things that we would never otherwise authorize them to do. But the sheer ease with which this has occurred in recent weeks underscores how a strong in-principle commitment to liberty has weakened throughout America.

Take, for instance, the economy. Since March, we have seen an expansion of the state into economic life unmatched since World War II. The most elemental of free economic actions, that of free exchange, has been radically circumscribed. And all this has occurred against a background of prominent figures urging us to adopt policies that considerably limit economic freedom.

Long before the coronavirus hit America, the American Left’s drift towards the extensive interventionism espoused by Sen. Bernie Sanders and his followers was well underway. Indeed, there’s not that much difference between Sanders’ proposals and the economic policies of the Democrats’ presumptive presidential candidate. Joe Biden has not only said that he plans to raise taxes; he also wants to borrow and spend far more than President Trump in order to stimulate the economy.

Meanwhile, Sen. Elizabeth Warren is insisting that government regulation must be expanded across the economy in ways that exceed the ambitions of Lyndon Johnson and Franklin Roosevelt combined. Her proposals range from the outright banning of entire industries (like fracking) to mandating the appointment of “workers’ representatives” (i.e., career union officials) to 40 percent of seats on company boards.

The desire to tell people what to do economically isn’t, however, currently limited to the Left. On the right, we now have policymakers, including prominent senators with 2024 presidential ambitions, strongly pressing for the widespread use of industrial policy. This involves government officials advised by experts trying to pick winners and losers and outguess the market as they attempt to steer the direction of particular economic sectors. Yet there’s every reason to believe that what didn’t work so well in either Japan or France won’t work especially well in America either.

These proposals pale in comparison to those conservatives who insist that our economy should be more like China’s. Yes, you read that correctly. They want the United States to mimic economic policies used in the People’s Republic of China, an economy recently rated as the world’s 103rd freest, and in which Communist Party officials are deeply involved in the ownership and management of any business worth owning and managing.

Even the idea of autarky has reared its head on the right. Autarky involves trying to make a society as economically self-sufficient as possible and reducing trade with other countries to a bare minimum. All this necessitates the state assuming a highly directive role in economic life.

Franco’s Spain was the last time that autarky was attempted in a Western country. Pursued from 1939 until the 1950s, autarky brought Spain to the edge of bankruptcy, mired the economy in stagnation, and produced black markets, food shortages, and rampant inflation. Eventually El Caudillo had to concede that autarky had been a colossal failure. He subsequently abandoned the project and started liberalizing his economy.

Disinterest in liberty also extends to how some want to reconfigure the state’s relationship to religion in America. In the Left’s case, let’s not forgot that there are legislators who, eight years after the Obamacare contraception mandate came into effect, are still trying to force the Little Sisters of the Poor to violate their consciences.

More recently, we’re seen Virginia’s governor trying to curtail communal religious worship throughout his state during the coronavirus pandemic while allowing certain forms of retail businesses to stay open. So why does Gov. Northam believe that it’s fine for liquor stores to operate but not church services? Religious worship, he argues, is not essential. But, as Andrew C. McCarthy recently observed, “it is not the burden of Americans to prove that the exercise of their fundamental rights is ‘essential’; the burden is on the state to demonstrate that the right in question cannot be exercised safely under any conditions less severe than those the state is imposing.”

Quite a few politicians have trivialized this and other basic requirements of American constitutionalism over the past six weeks. When recently asked what the Bill of Rights suggests about the legality of measures taken in his state to restrict freedom of association, Gov. Murphy of New Jersey said that was “above my pay-grade.” But engaging in such reflection is one of the most basic elements of any American politician’s job description, perhaps especially during emergencies. The moment they forget that, they should find another line of work.

But while some on the left would like to gut the First Amendment’s protection of the free exercise of religion, others on the right are urging us to fuse religion and state together in ways that are plainly alien to the way in which America’s Founders addressed the relationship between faith and politics.

What’s especially sad about this situation is that liberty needs to be molded by influences that take truth seriously.

We know this because those who call themselves “integralists” freely acknowledge that their ideas are at odds with the American Founding. For them, the First Amendment’s existence is an obstacle to the state recognizing and promoting the true religion. I wish that such beliefs were confined to a fringe of young eccentrics who will eventually grow out of them. Alas, in my experience, they are not. Even more disturbingly, contemporary integralism in America reflects an exaltation of authority which owes much more to one of National Socialism’s leading legal theorists, Carl Schmidt, than to Thomas Aquinas.

That’s not to say that religion should be restricted from influencing people’s exercise of their liberty. Judaism and Christianity have long played that role in America. Tocqueville certainly thought that Americans’ attachment to these faiths helped temper their use of freedom and direct it to good ends.

Part of our present difficulty, however, is that the religion of sentimental humanitarianism has made wide inroads into Jewish and Christian congregations throughout America. This faith is all about strongly felt feelings and resents the demands of mere logic. It also has nothing to say about why liberty needs to be shaped by, and directed to, virtue. To the extent that these congregations think about freedom, it is in terms of the gospel of diversity, which dismisses eternal truths about how people should and should not use their freedom as the legacy of dead white men.

What’s especially sad about this situation is that liberty needs to be molded by influences that take truth seriously if freedom is not to collapse into mere libertinism, a mindset that manifests itself in many of those circles that prioritize freedom in America today.

Libertinism, and its implied rejection of any notion of the good that goes beyond pleasure, is no friend of liberty. It results in freedom becoming associated with relativism and hedonism, neither of which give us principled reasons to care about freedom in the first place. As Edmund Burke wrote in 1790,

[W]hat is liberty without wisdom and without virtue? It is the greatest of all possible evils; for it is folly, vice, and madness, without tuition or restraint. Those who know what virtuous liberty is, cannot bear to see it disgraced by incapable heads.

To insist that freedom is inseparable from virtue while also emphasizing the need for strong limits on government power is becoming a very lonely path in today’s America. Nonetheless, it represents the best of the Anglo-American tradition of self-government and, as Tocqueville grasped, is one of America’s great gifts to the world.

Adhering to these ideals presently means belonging to the smallest of America’s political tribes. But being a true friend of liberty is more necessary than ever if America is to have any chance of remaining what it was meant to be.