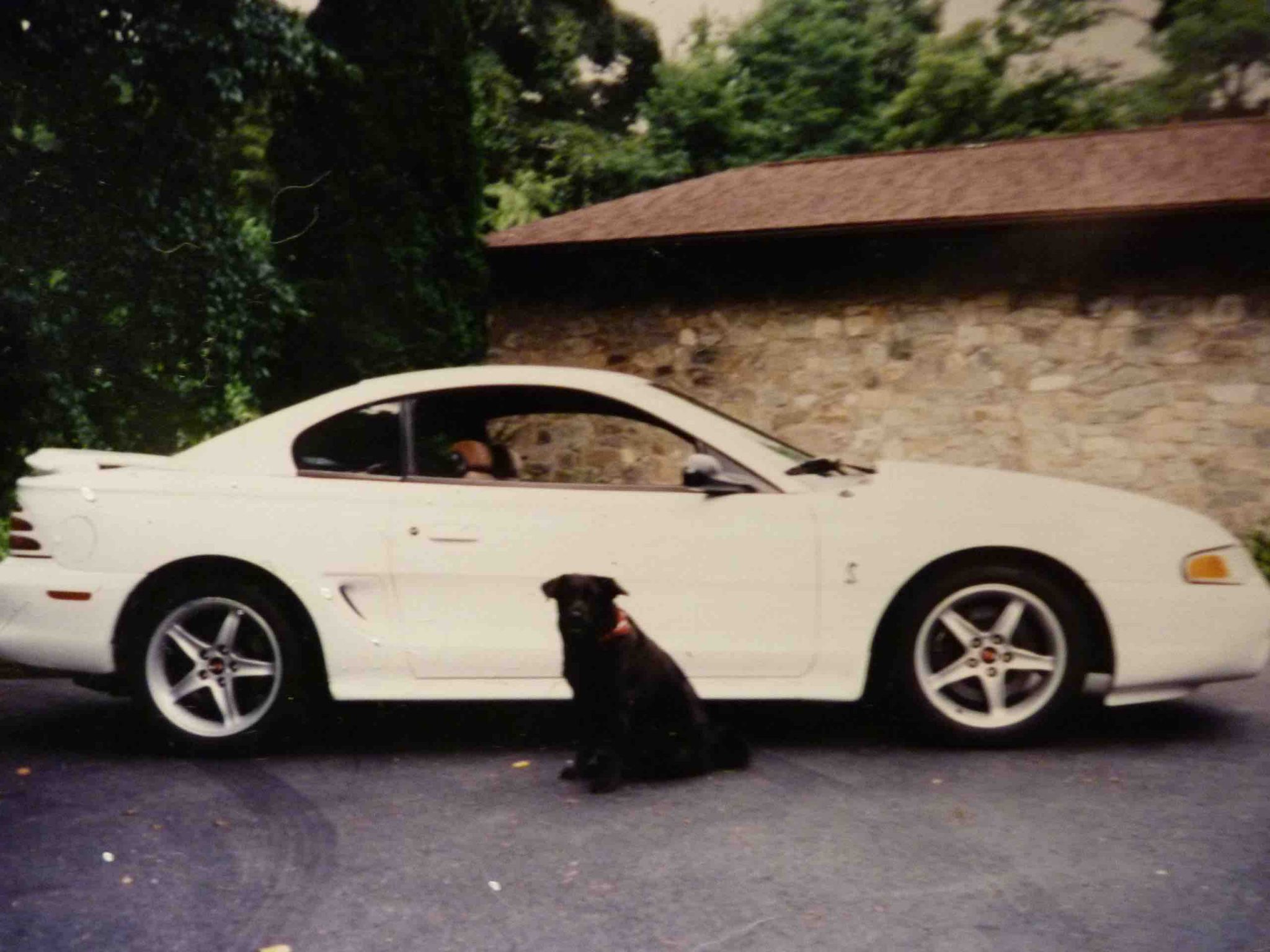 Almost everyone enjoys a good road trip — but not many road trips are like the one I made in two hours and 23 minutes back in the late summer of 1995 in a brand-new Mustang Cobra R.

The trip from the D.C. suburbs to downtown Manhattan normally takes about four hours, but I was in a hurry. And the R was just the right tool for this mission.

It was not my Cobra R — a street-legal race car that came without back seats or a radio but did come with the last 351 V8 (5.8 liters for you millennials) that Ford ever put in a factory-made Mustang, paired with a heavy-duty Tremec five-speed manual transmission.

No ugly plastic cover to hide its beautiful engine.

It had heavy-duty cooling systems for everything except the driver. The R did not have AC — but who needs AC when you are doing 147 mph through the Baltimore Harbor Tunnel at three in the morning with the windows (manual) rolled down and the 351 screaming near redline in fourth?

That kind of speed keeps your mind focused on other things.

The tunnel, in those days, was a kind of underground Autobahn. There was no place for cops to hide and — back then — no speed cameras, either. So if traffic was light, you had a green light.

You were free — and immune.

I-95 up the northeast corridor is another matter — then as well as now. It is a payin’ paper prowling ground, and if you’re not discreet or are simply unlucky your day may end badly or at least expensively. But it was night time, and the Mustang wasn’t obviously obstreperous — except for its exhaust, which was as healthy as a ’70 Boss 302’s even with catalytic converters. I didn’t check but would not have been shocked if they were dummies. Those were different days, and the car companies were still run by gearhead types who weren’t averse to a little no-harm-done “cheating” in the interests of a good time.

In any event, it had plates — and I had the keys, for one whole week of the best times I ever had and got away with.

The R belonged to Ford — which built it for SCCA road racing. Just like back in the day, when Chevy offered the first (1967) Z28 Camaro, which almost no one had ever heard of until the word got out about this very special Camaro you could buy if you knew the magic words (i.e., “Z28”).

To qualify for the SCCA racing circuit, these cars had to be two things.

First, they had to be “street legal” — equipped with all the required safety and emissions folderol. But they were usually not equipped with anything more — such as a radio. Or even — in some cases — heat. Definitely not AC, and forget an automatic transmission.

In order to deter the wrong sort from even being interested.

The cars also had to be “homologated” — that is, a certain number had to be built and at least technically available to the public.

The catch (officially) was you had to have a valid SCCA road-racing license to order an R, and (unofficially) a friend within Ford who would sign the right paperwork to make one available.

I had something better: a press pass.

That gave me access to the Ford press car pool — the fleet of new cars made available to journalists who test drive and review new cars. But something more than that was necessary if you wanted to get your hands on an R, which was no ordinary press pool car. It was — as mentioned — a race car.

That made it a car not handed out lightly.

You had to be someone Ford trusted enough to be let loose with one on public roads because of the liability Ford would be exposed to if you couldn’t handle a car like the R. Apparently, I cut the mustard. It was probably because of the time I spent doubled up in another brand-new Ford with a Ford exec (whose name must not be unsealed until all parties are long dead) on a two-day “long lead” — press preview — in Arizona a couple years prior.

Cacti shed their needles; the asphalt still bears the scars.

Of course, it was understood what the trusted journalist was going to do with the R. What else would you do with a car like the R?

The unsaid understanding was, simply, Don’t get caught.

So I gassed up the R’s fuel cell with the highest octane premium I could find and called this girl I used to know, who lived in NYC. I asked her what she was up to — and whether she might want company.

She said she did.

Before the phone hit the receiver — this was in the days before cell phones — I was fishtailing out of the driveway, the R’s Z-rated rubber leaving greasy double-S smears in my wake. Though fuel-injected, the 351 moaned like it had an 850 Holley double pumper mounted on an aluminum high-rise. The Tremec five-speed emitted a glorious keening gear whine that made you glad the R lacked a radio.

Exactly two hours and 23 minutes later, I was through the Brooklyn Battery tunnel and parked outside my friend’s building. The R’s headers heat-ticked audibly into the twilight as I headed up the stairs to see her.