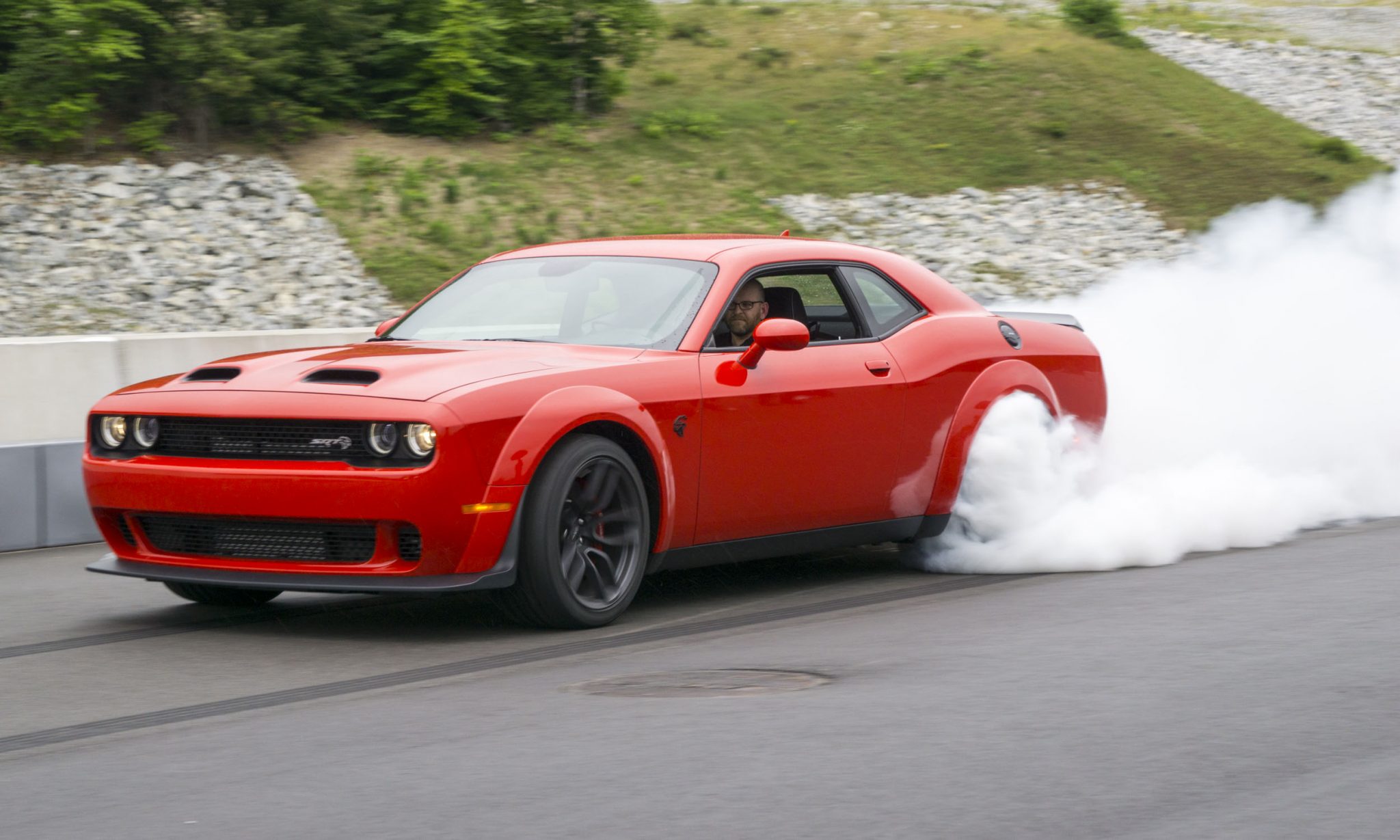 American cars are back for good — if the government will let them stay. And what do we mean by American cars? We mean big ones. With big engines feeding big power to the rear wheels.

Without the big price.

For most of the postwar era, Americans drove exactly such cars because they were able to. Gas was cheap, and the federal government occupied itself largely with the Soviets rather than Detroit, which was left free to design cars according to what the market wanted. This happy time lasted until the early 1970s, when the federal government became interested in designing vehicles. Regulations were issued decreeing, among other things, how many miles per gallon they must deliver.

It did this irrespective of how much size — and engine — American car buyers wanted. Who were they to make such weighty decisions?

The effect was immediate. Big cars got small, and so did their engines. Horsepower waned as mpg waxed.

Within 10 years’ time — from about 1975 (when the Corporate Average Fuel Economy, or CAFE, regulation gripped Detroit’s throat with both hands) to 1985 — American cars became almost indistinguishable from imported economy cars.

Not — as Seinfeld likes to say — that there’s anything wrong with that.

Smaller — and smaller-engined — cars have their merits. But Americans used to have a choice. Circa 1970, one could buy a 35 mpg VW Beetle — or a 350 horsepower Chevelle. By ’85, very few American cars had more than 150 horsepower — and almost all of them were front wheel drive, with fours and sixes up front.

In desperation, Americans turned to trucks — still big and big-engined because of a “loophole” (per government gaslighting-speak) in the CAFE regs, which granted them a degree of mercy in the form of lower mandatory minimum mpg requirements. Trucks became the car of choice for Americans who didn’t want to drive a K-car.

Then someone at Ford had an idea. Why not take a truck, enclose the bed, throw down some carpet, and add seats?

Americans were now more able to buy the cars they used to be able to drive — with four-wheel drive. Trucks and the SUVs they spawned became — and remain — the most popular American cars. So much so that even the import car brands began to build them, too — just as big, and with names like Titan and Tundra that appealed to American sensibilities. Hilariously, these vehicles often weren’t available to the saps living on the home islands, where the government had never allowed bigness in the first place.

The government here didn’t like it much, either. Soon, the loophole in CAFE was closed, and trucks and SUVs had to meet the same mandatory minimums as cars. If not, their builders would be slammed with fines for “guzzling” too much gas, despite the clear abundance of it (“peak oil” having turned out to be as scientific as Lysenkoism)  and the strange fact that the government wasn’t paying for any of it.

Fining car (and truck) buyers — which is what CAFE amounts to, since the fines applied to the car companies are simply passed on to the car or truck buyer — for freely choosing to spend more of their own money on gas in exchange for more vehicle and more power is pretty much the same species of vengeful, puritanical effrontery as “luxury taxes,” except applied to average people. This makes it even more egregious.

But an amazing thing happened.

People — damn them! — continued to buy trucks and SUVs, and, even worse from the standpoint of the vengeful puritans at the EPA, big cars with big engines made a comeback.

Dodge, above all, had the incandescent gall to resurrect the rear-wheel-drive American sedan, propelled by no less than a big V6 and accessibly available with a much bigger V8 — accessible because of a not-big price. For one-third the cost of a BMW 7 or a Benz S, you could get the same basic thing draped in American sheet metal.

And not just the one, either. Two big rear-drive and available and affordable V8 sedans appeared: the Dodge Charger and its Chrysler-badged brother, the 300.

Smaller — and smaller-engined — cars have their merits. But Americans used to have a choice.

Each of them is available with a Hemi engine that effortlessly makes more than 350 horsepower. In the case of the Charger Hellcat Redeye — as American a car name as there ever was — it’s more than twice 350 horsepower. This thing comes with a supercharged 6.2-liter version of the mighty Hemi that bitch-slaps the soy boys at the EPA with just shy of 800 horsepower. With AC and a really top-shelf audio rig.

It’s the first and only street-legal production car that can get air underneath the front tires when launched. Mass triggering the soy boys at the EPA.

Especially when you consider that the thing costs $30,000 less than the base price of a new Porsche 911, which cannot get air under its tires, unless with the assistance of a block and tackle.

But really, the soy boys shouldn’t complain because the Hellcat Redeye doesn’t even use that much gas: 13 city, 21 highway. Not much more gas, actually, than a new Toyota Sienna minivan — which “guzzles” it to the tune of 19 city, 27 highway. The Sienna doesn’t come with almost 800 horsepower or get air under its front tires when you run it down the quarter mile.

This calls into question the whole mpgs-uber-alles thing. The real target seems to be fun.

Thank the Motor Gods, it is making a comeback. Despite the best efforts of the government.