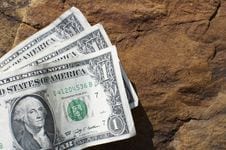 Wow. That was quick.

Less than an hour after Judge Brett Kavanaugh was confirmed to the U.S. Supreme Court, I received a fund-raising email from Emily’s List. (How I wound up on this email list I’ll never know, though I’m not complaining. It can be entertaining.) The ladies, uh, women at Emily’s don’t miss an opportunity to score a little campaign cash. And why shouldn’t they?

After exclaiming on the horror of Kavanaugh’s confirmation, the email goes on to urge me to, “Donate $3 to help pro-choice Democratic women flip the senate.”

Kavanaugh has every right to be really frosted about this. Not about the Emily bunch raising money off his elevation to the highest court. No one would have expected anything less. But three lousy bucks? Geez. What a bunch of cheapskates and pikers.

The Joe McCarthy wannabes and hysterics in Emily’s political gang have spent weeks sliming Kavanaugh as the worst sort of sexual offender. In fact, little more than a limb of Satan. And all his disastrous (according to them) appointment is worth is three bucks? I don’t get involved with these kinds of financial decisions. But I’d have thought this disaster for the febrile left would be worth at least a tenner.