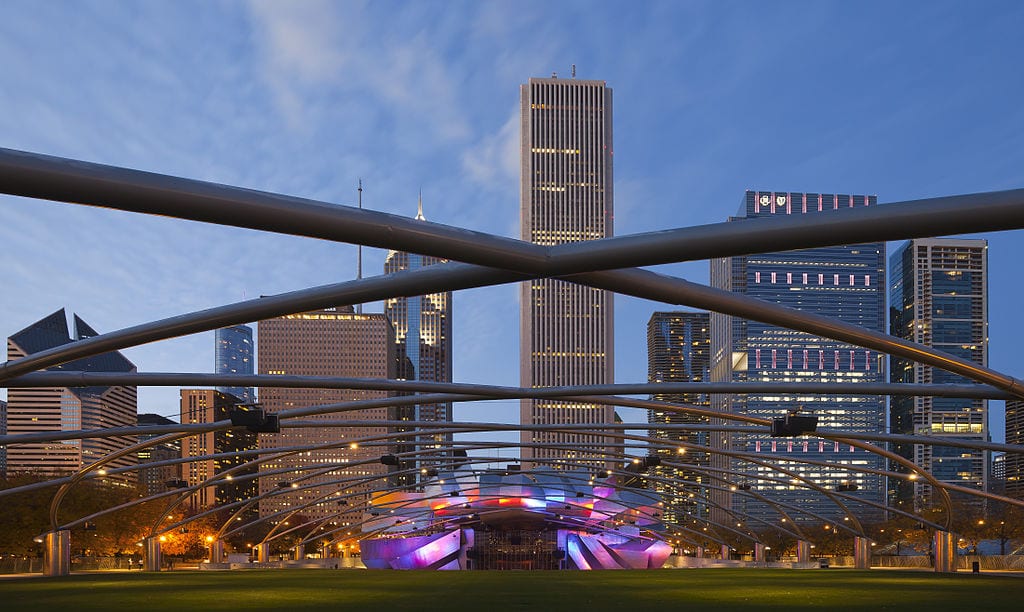 Springfield lawmakers are crowing in self-congratulations over the passage of the state’s first budget in two years. The budget leaves unpaid a $6 billion stack of bills and does absolutely nothing to address the $130 billion in unfunded pension obligations.

The fact that a budget deal was reached in an election year is remarkable. Debate about budgetary matters in an election year is almost comical (that is, if it weren’t so terribly serious). Potential solutions dissolve into threadbare political platitudes, with Republicans urging deep cuts across the board, and Democrats calling for steep tax increases to stave off economic ruin. And, then there is the gutless non-solution of issuing bonds to borrow sufficient operating funds to balance the budget, kicking the economic crisis down the road for future generations to grapple with at even more dire, unsustainable levels.

Illinois has been at this game of a deadbeat state government that doesn’t pay its bills for at least a decade or more. It’s an issue that knows no political ownership. Republican and Democratic administrations alike have played dangerous games with the state’s fiscal stability.

What to do about this continuing fiscal gridlock. Management consultants would quickly suggest, in MBA-speak, that it’s time for the State of Illinois to “think outside the box.” The time for innovative new ideas to resolve this huge mess is long overdue. So, here, “from way outside the box,” are a few simple ideas that might be considered (or at least might generate some meaningful debate over realistic solutions to our economic peril).

The State of Illinois is knee-deep in the gambling business. It runs the State Lottery and licenses numerous casinos across the state. What started as a “riverboat” casino solution for localized areas of high unemployment has become a full-blown commitment to gambling. So, the State receives millions in revenues from the lottery and the taxes on casinos that go to fund education and other vital programs.

But, beside running gambling operations, the State should also participate in a game of chance or two. Why not have the Illinois Treasurer buy a couple thousand dollars of lottery tickets in the Powerball Lottery next time it reaches a prize level of over $400 million? That would be a better return on an investment of tax payer dollars than virtually any other state program could claim. Sure, it may take a few tries to hit the jackpot, but, as they say, “You can’t win if you don’t play!!”

A Blockbuster Box Office Hit to Bail Out the State?

The State should buy the movie rights to “The Blagojevich Story.” It’s sure to be a box office success.

Illinois is already a big player in feature film production, including The Blues Brothers,The Fugitive, Risky Business, A League of Their Own, and more recently Transformers 3, which converted Chicago streets into a war zone complete with overturned cars and spectacular pyrotechnics. However, the State raked in only $20 million from the production of Transformers 3.

Illinois should move from being a stage set for feature films to producing them. “The Blago Story” will be a box office blockbuster that could exceed the combined box office records of Titanic and Avatar of $1.8 and $2.7 billion respectively.

Just imagine the nationwide appeal of the inside story of our rogue governor who staged a national “I am innocent” campaign on every daytime and nighttime talk show and prime time network TV program that would have him, including performing as a contestant on Donald Trump’s reality series Celebrity Apprentice.

He’s pre-sold his own story, now it’s time for Illinois to take advantage of his marketing program by picking up the movie rights and cashing in on the sordid story. To reduce production cost, maybe the State could negotiate a work-release deal for Blago to trade in his orange prison jump suit for one of his Armani suits to play himself in the movie. Or, maybe President Trump will commute his sentence and spring him early to pursue his acting career.

Certainly, he has perfected his acting skills over his tenure in office and at the criminal defense table. Wonder if a convicted felon/former governor has ever won an Academy Award? Now, that would be a distinction Blago could be very proud of (you might even call if “F—— Golden!”).

Bill Gates and Warren Buffett have called for the world’s billionaires to give away half of their fortunes to good causes. Their bold initiative, named the “Giving Pledge,” calls on everyone on the Forbes 400 Americans billionaire list to pledge half of their net worth — either now or at their death. Their hope is that if everyone on the list agrees, the plan could raise a whopping $600 billion.

Now, I know Buffett is a proud Nebraskan who may feel a tug or two to lean toward Cornhusker charities, and Gates hails from Washington state and probably will be lobbied heavily to favor interests closer to home.

But, a really strong argument can be made that the Land of Lincoln would be an ideal beneficiary of some of these billionaires’ philanthropy, even if it came only from those here in Illinois, like the Pritzkers, Wrigleys, Winfrey, and others.

The Governor should form a “Giving Pledge” Task Force to actively lobby for a few billions to save our teachers and vital social services and bail Illinois out of its looming fiscal disaster.

Time for a Fire Sale of State Assets

Hard times call for hard decisions. The State has valuable assets that could be sold to close the crippling deficit. Taking a cue from the budgetary gymnastics of former Mayor Richard M. Daley, the State could sell the Thompson State of Illinois building in Chicago for a pretty penny (hundreds of millions), enter into a long term lease for the State toll road system, or sell it outright, and sell the entire fleet of State aircraft (whose frivolous mission is shuttling the governor and legislative leaders the 150 miles between Chicago and Springfield, a trip more efficiently made by car).

The 99-year lease of the Skyway brought the City a windfall of $1.8 billion, and the Indiana Toll Road was sold for a whopping $3.8 billion, so a similar deal for the Illinois toll road system should fetch north of $30 billion or so. That deal could go a long way toward restoring some fiscal sanity in Illinois, maybe someday moving us toward a surplus (a “rainy day” fund like the one our red neighbor state to the east, Indiana, has enjoyed for years).

Reaction to the deal renaming the White Sox ballpark Guaranteed Rate Field was predictably swift, full of jokes, and lit up the Twitterverse. Sox fans and sports commentators alike ridiculed the 13-year naming rights agreement, which is worth $25 million.

Of course, sports venues across the country have sold naming rights as a source of continuing revenue. Today, there are precious few ballparks or arenas that don’t carry a corporate name and logo.

As ludicrous as the new name for the ballpark is, the deal might serve as a model for future naming rights deals that could bring new revenue to cash-strapped Illinois. Selling naming rights for a variety of iconic state properties may hold great promise for generating a new and valuable revenue stream. Just consider some of the lucrative deals that could be struck.

The Thompson Center in the Chicago Loop could be renamed the McDonald’s Center and feature the trademark Golden Arches near the entrance. This would be an extremely attractive and valuable naming rights deal for the iconic 1.2 million square foot state office building with the 16-story, all-glass atrium and concourse.

The Illinois toll road system would be another prime target for naming rights with an automotive theme. The Kennedy might be renamed the Allstate Expressway, the Ike could become the NAPA Auto Parts Highway, the Dan Ryan could be labeled Midas Way, and the Edens might be renamed the BMW Expressway. Surely, those companies would all fork over big bucks for that kind of 24/7 visibility on the ubiquitous traffic reports.

The Capitol Building in Springfield would be another option for naming rights revenue. The stately building should be a prime property for some marketing wizards to seize on for increased visibility in the marketplace.

Given the history of the Illinois General Assembly and the politicians who work there and their obsessive focus on “pork,” there should be a number of meat industry contenders for naming rights honors. Most likely, Smithfield Foods, the country’s largest pork producer, would pay big bucks for the golden opportunity to paste its name on the Capitol together with a huge stylized image of a pig. Truly, a match made in heaven.

The Governor’s Mansion, aka the Executive Mansion, might also attract a variety of companies looking for naming rights opportunities. This historic site built in 1855 and renovated several times over the years would be an ideal target for the right company. Just imagine the Executive Mansion by Macy’s, or the Target Governor’s Mansion. No doubt, the naming rights revenue would make a substantial contribution to the state’s fiscal mess.

Illinois’ 73 state parks, wilderness areas, national forests, nature preserves, and wildlife refuges would be ideal for corporate naming rights. Imagine the LL Bean Starved Rock State Park. Or, maybe there could be a package deal for all the parks and preserves under the naming rights label of the REI Illinois State Parks. That could be a lucrative package and a win-win for both parties.

No doubt, there will be those who will vigorously object to this naming rights program. They will argue that allowing corporate names to be slapped on venerable state properties would be demeaning and depreciate the historical importance of those Illinois icons. They’ll say the naming rights program is a desperate plan that is totally unnecessary and embarrassing.

Well, the state is in dire fiscal distress. Desperate times call for desperate solutions. So, opening the door for naming rights revenues offers another new opportunity for the state to try to fix the budgetary disarray that has been created by decades of gross mismanagement, corruption, and neglect. To be sure, it won’t fix the problem overnight, but it would be a start (which is much more than we have right now).

Professional sports franchises nationwide, including the Cubs, Sox, Bulls, Blackhawks, and Bears, sell brand endorsement deals for millions every year, most of them on multi-year “corporate partnerships.” The Cubs’ official beer, official hot dog, even the Cubs’ “Official Water Efficiency Partner,” Sloan Valve, which supplies most of the toilets, faucets and, yes, even the trough urinals in Wrigley Field’s restrooms serve as excellent examples.

That model could bring a fortune in new revenues to the beleaguered State of Illinois. Imagine what Coke or Pepsi might pay in a multi-year contract to be “the official soft drink of the Land of Lincoln.” Or Verizon as the official cell phone network of Illinois, or maybe State Farm as the official insurance carrier of Illinois, always the “good neighbor.”

The “corporate partnership” possibilities are limitless. For a state in search of new revenue sources, this one would be “Golden” indeed.