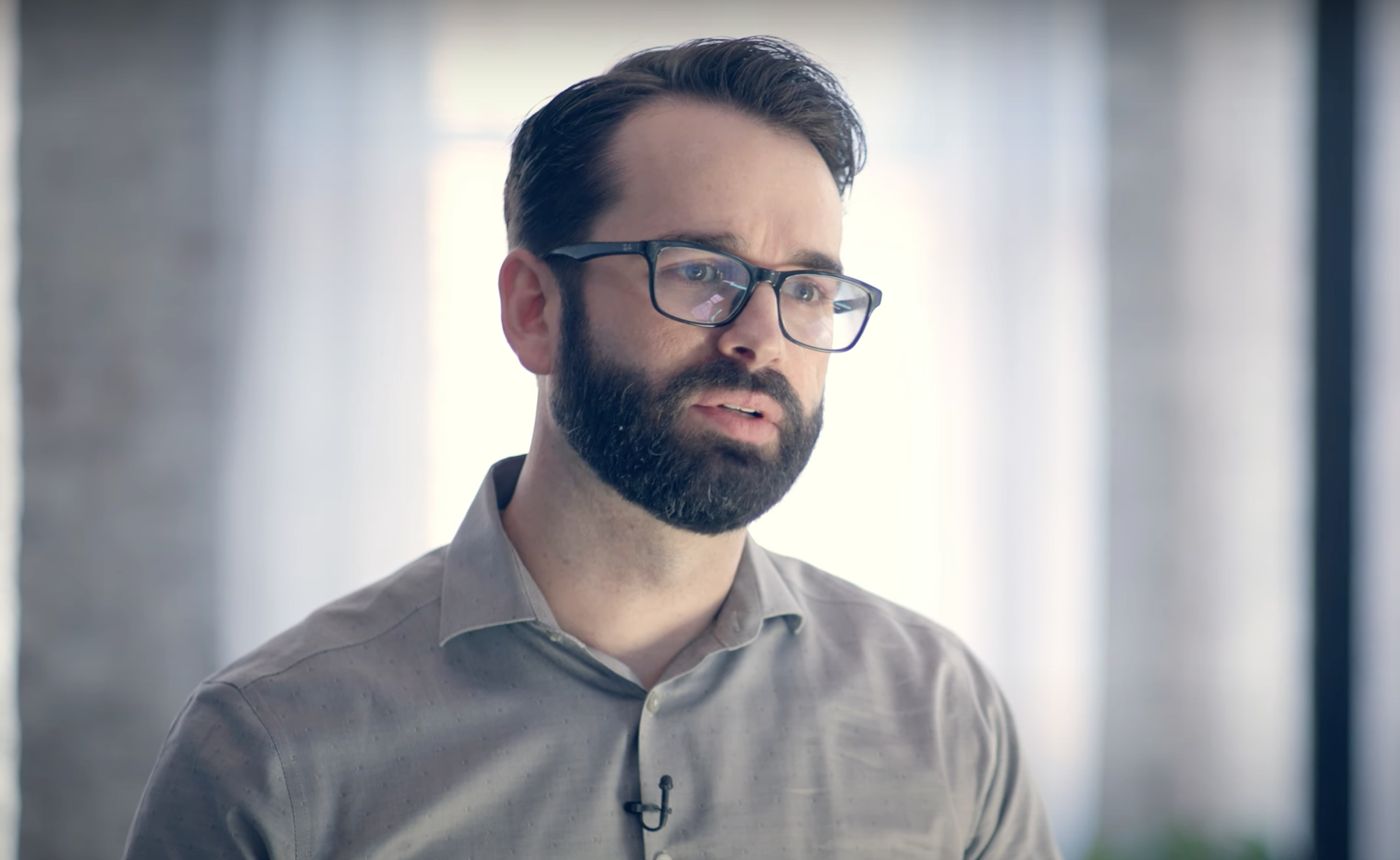 The excellent conservative pundit, author, and podcaster Matt Walsh is now the subject of death threats over a documentary film he made asking a very simple question.

There have been some explicit threats made against my life. Police are involved. We knew it would probably come to this. We’re prepared for it.

What’s going on here? Make a movie and get death threats?

Yes. That’s where our society is at present. Things are so bad that a documentary film based on one of the most basic questions in the English language, specifically “What Is A Woman?”, creates homicidal ideation on the part of a not-so-small segment of the population.

It’s a shame, because What Is a Woman? is an absolutely outstanding piece of filmmaking. It’s the most persuasive offering yet in the debate over this new woke transgender transformation the Left is attempting to foist on a mostly unwilling society.

Here’s what that looks like. A gay bar in Dallas put on this horrific spectacle a few days ago…

This is an absolute child abuse. pic.twitter.com/HUBwcCIRY1

Lest you believe that shocking debauch is an extreme example of how our society is grooming its young for bizarre and exotic sexuality, don’t forget that some 20 percent of those 18-34 currently identify as queer or trans or some other iteration of what comedian Dave Chappelle has called the Alphabet People.

And for his trouble, Chappelle was attacked on stage with a deadly weapon, lest you believe Walsh’s death threats are simply idle nonsense.

Amid this, Walsh made his documentary, which is available with a subscription to the Daily Wire. Increasingly, that’s well worth the $12 per month seeing as though that site, fronted by Ben Shapiro, is beginning to crank out feature films and documentaries with staggering regularity.

What Is A Woman? is a fascinating experience on a number of levels.

For one, it’s a surprisingly funny film. Walsh’s sense of humor is almost aggressively dry; it’s the kind of presentation that people on the business end of it can’t resist the temptation to call him terrible names.

For example, one of the interviews in the film is with a snooty gender studies professor from the University of Tennessee. Walsh makes the “mistake” of suggesting that there is such a thing as objective truth, and his interlocutor becomes defensive and threatens to walk out of the interview after asking why Walsh even cares about the subject…

The academic, whose name is Patrick Grzanka and who has a doctorate in some social science field or other, is disturbingly typical of those Walsh interviews in the film — he also interviews, among others, a frightening pediatrician from Rhode Island who casually defends the use of “puberty blockers” on children, including one drug which is used for chemical castration for sex offenders, and a San Francisco sex-change surgeon who comes across as in it for the money except for the fact (s)he had undergone the procedure at some point earlier in life.

And then there was the transgender individual who identifies as a wolf, whose presence in the film is mostly for comic relief.

Three things pop out from the “hostile” interviews in the documentary.

First, none of them are willing to provide a definition of a woman — something Walsh’s wife is perfectly capable of doing in a short sentence (which, no offense to her, is actually very easy). Grzanka’s weaselly attempt to define womanhood as more of a feeling than a state of being might be the most articulate in its dishonesty, but after watching What Is a Woman?, you realize how utterly bereft of intellectual honesty the trans crowd truly is.

This is actually quite normal for the practitioners of the woke religion, as none of its core tenets are falsifiable. They are as their proponents say they are, and that’s the end of the discussion.

Which leads us to the second thing, which is that when asked tough questions and not even in a contentious way, the opponents in the debate on the trans side uniformly resort to emotionalism and a form of psychological terrorism. Walsh’s questions are “offensive” and the trans crowd constantly demands an end to the discussion — the Rhode Island kid doctor melts down when Walsh brings up the question of Lupron, the chemical castration drug, after she suggests that puberty blockers work like an on/off switch with no side effects, and his well-publicized Dr. Phil appearance, in which Walsh annihilated a panel of trans advocates with very simple questions and statements, was pulled down from its syndicator’s catalog because the losers in the debate suffered “emotional harm.”

All of the hostile interviews began in a fairly friendly way. Walsh never raised his voice. But each of them quickly recognized how awful he was making them look and turned nasty immediately after the recognition.

And third, Grzanka’s dismissiveness about Walsh’s curiosity shows up again and again in other interviews. “Why do you want to know?” is a very common theme he confronts when attempting to ask such a basic question as the film’s title. This is insidious, of course, because people with nothing to hide shouldn’t resist so basic an inquiry. But everything about the trans crowd’s advocacy is dishonest — they’re attempting to change a basic fact of life, which is that there are only two genders and they conform to the two biological sexes, without having to actually win the argument. And so it’s important to make Walsh out to be a hater or a creep for forcing them to defend this change, which they’re able to do because almost no one else challenges the steamrolling of this new woke sacrament into societal acceptance.

Perhaps the highlight of the film comes when Walsh travels to Kenya and discusses the transgender issue with Maasai tribesmen in the East African bush. These people, whose lives depend on recognizing the objective truth American academics, politicians, and other b.s. artists so vehemently hate, find such idiocy nothing short of hilarious…

That’s entertaining stuff, but at the core of the film, what underlies all the interviews hostile and amusing, is that the trans gang is out legitimately injuring people who need help.

As Walsh says, the star of the film is Scott Newgent, a “trans man” who was born a female and then underwent a sex change as part of a bout with gender dysphoria only to greatly regret the choice. Newgent’s story is heartbreaking; here is someone who ran into mental illness and needed treatment for it and instead was deposited onto the trans gravy train with raw, visible pain and injury at its destination…

Scott Newgent’s story can’t be told. And Walsh’s takedown of this awful, exploitative, destructive, and dishonest movement and the quacks and monsters leading it can’t be seen.

Movie critics refuse to screen What Is a Woman?. The Daily Wire‘s website has been hit with a Direct Denial of Service (DDoS) attack by hackers since before the release of What Is A Woman?. It took me a couple of hours to get into the film’s web page at the Daily Wire website to watch it, and that was early on Saturday morning.

And Dan Pfeiffer, a greasy political hack whose name you might know from his time as a media-relations thug in the Obama administration, had this to say about the Daily Wire…

.@danpfeiffer on MSNBC: "If you go to Facebook on a daily basis…@benshapiro's Daily Wire has more followers and engagement, many times more than the New York Times or CNN. That is a problem for democracy." pic.twitter.com/WYraWGfp8C

It’s a problem for democracy that a website courageous enough to tell the truth about a radical movement to mainstream a mental illness which pays off in a suicide rate 19 times normal for those, like Newgent, who complete its sacraments, gets high public interest?

Maybe CNN should pursue the truth about the trans mob as Walsh and the Daily Wire have done rather than trying to cancel those who do.

Or deny that objective truth exists.

Watch What Is a Woman?. You owe it to yourself to do so, for its own sake.

But also precisely because these people want so badly to keep it from you.