by George Neumayr
President Joe Biden and Vice President Kamala Harris travel in the presidential limousine on the way to the airport in Atlanta on March 19, 2021. (The White House/Wikimedia Commons) 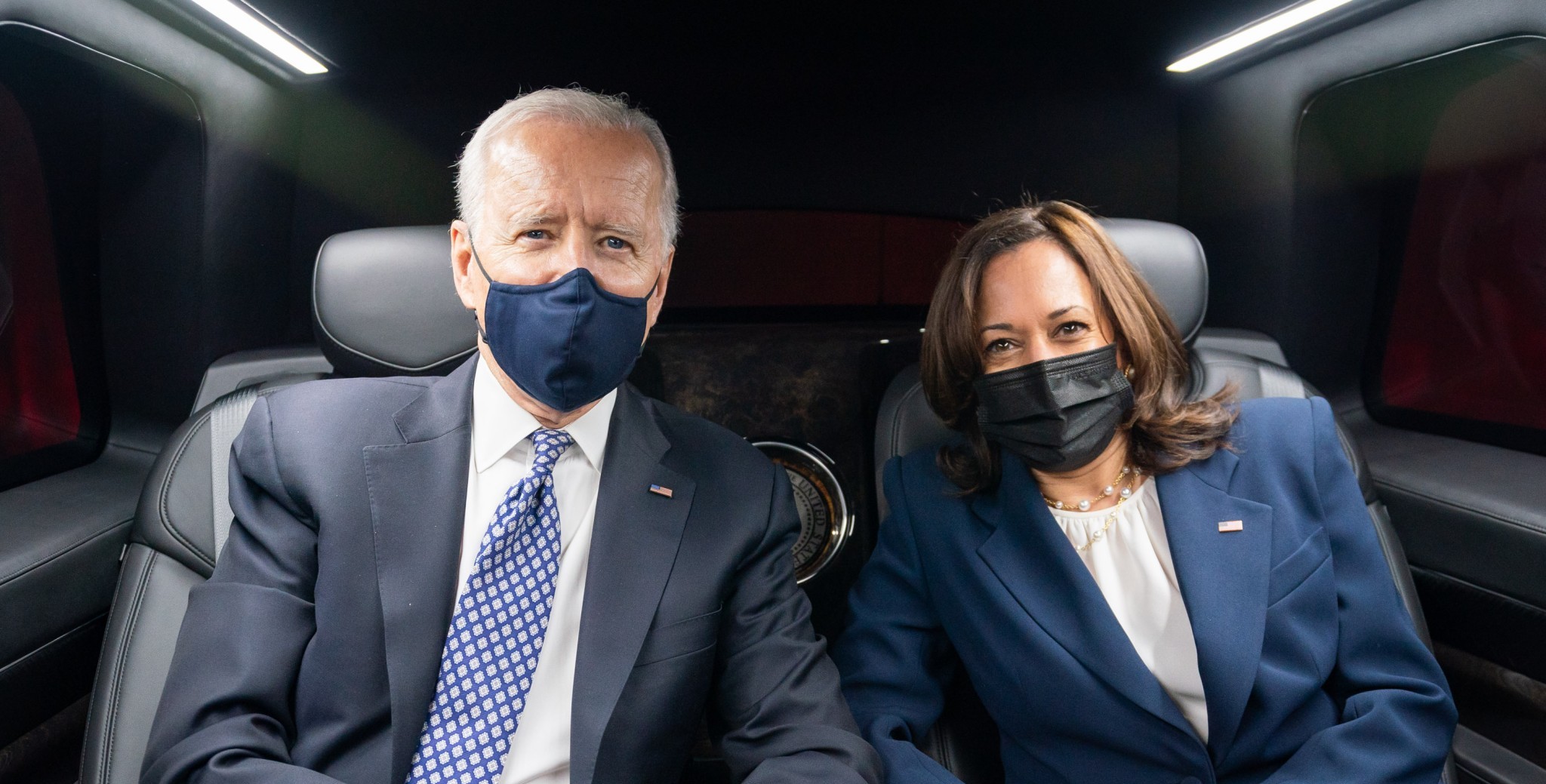 The steady stream of leaked stories against Kamala Harris reflects buyer’s remorse among powerful Democrats. Regretting that she was chosen as vice president, these Democrats don’t mind letting authors and journalists now know about Biden’s ambivalence toward her. New York Times reporters Jonathan Martin and Alexander Burns have a book coming out soon, This Will Not Pass: Trump, Biden, and the Battle for America’s Future, based on such leaks. In it, they report Jill Biden’s dismay that Harris was even considered for the vice presidency. “There are millions of people in the United States. Why do we have to choose the one who attacked Joe,” Jill Biden is quoted as saying.

In the primaries, Harris had subjected Biden to the very identity politics that he practices. She accused him of racism for having opposed mandated busing in the 1970s. According to Martin and Burns, Biden’s aides urged him to overlook this attack and select her for the vice presidency anyway. Biden took this advice but apparently did so reluctantly. It turns out that one of his reservations about Harris was that she had received patronage jobs from her former lover, Willie Brown. It is a little hard to believe that the father of Hunter Biden could have found that shocking but, according to Martin and Burns, he did. They quote him describing the Harris-Brown scandal as the “kind of thing that should be off limits.”

It is forgotten now, but Willie Brown presciently warned Harris against taking the vice presidency. “The next few years promise to be a very bumpy ride,” he said. Harris ignored his advice and now finds herself the ugly stepchild of the Biden administration. Martin and Burns report that some Biden staffers don’t even bother to stand when she enters a room — one of many slights that have preoccupied Harris. “Some of Harris’s advisers believed the president’s almost entirely white inner circle did not show the vice president the respect she deserved,” they write. “Harris worried that Biden’s staff looked down on her; she fixated on real and perceived snubs in ways the West Wing found tedious.”

Harris is, of course, not the first Democratic vice president to suffer this treatment. Lyndon B. Johnson was famously hated by the Kennedys. They didn’t want him made John F. Kennedy’s running mate. And Johnson reciprocated this hatred. He considered JFK to be a puppet of his domineering father and called JFK a “scrawny little fellow with rickets.” According to Kennedy biographers Peter Collier and David Horowitz, JFK selected Johnson in part because “he wouldn’t be able to live with Johnson as a hostile Senate Majority Leader.”

After Kennedy chose Johnson, his aides yelled at him, to which JFK responded with epic inaccuracy, “I am not going to die in office. So the vice presidency doesn’t mean anything.” Robert Kennedy, whom Johnson called “that little shitass,” could never reconcile himself to his brother’s choice and would later poison LBJ’s presidency. But unlike Kamala, LBJ was an immensely capable operator and survived RFK’s campaign of subversion.

At the beginning of American history, the vice president was just the candidate who came in second in the presidential race. So tension and conflict were expected between the president and vice president. But that tension continued even after presidential candidates could voluntarily select their running mates. Even under the best of circumstances, vice presidents have been treated pretty shabbily. The marriage between presidents and vice presidents is usually one of strained political convenience. It is hard to think of any in recent decades that hasn’t ended badly. Bill Clinton’s scandals embittered Al Gore, who felt that they cost him his chance at the presidency. On the Republican side, Dick Cheney and George W. Bush were barely talking to each other by the end of his presidency, such was Cheney’s fury at Bush for not pardoning Scooter Libby. Even Biden’s supposedly rosy vice presidency ran into trouble. Obama aides considered dropping him from the ticket in 2012.

Now it is Kamala’s turn in the barrel. She has dismissed out of hand rumors that the Democrats want to exclude her from the 2024 ticket. But that is clearly the growing feeling among them. It appears the Democrats don’t want her at the top or bottom of the ticket. She has managed to exceed Biden in unpopularity. “Only 19 percent of respondents in a Issues & Insights/TIPP poll released Monday say they want to see the current president run for reelection. Less than half of that — a mere 7 percent — say they want to see Harris run for president,” reports the Daily Mail.

The Democrats have only themselves to blame for this mess. They knew from her anemic performance in 2020 that Harris is a political dud, an utter mediocrity who would never have risen in the party without its blind embrace of woke politics. For cynical reasons of race, they pressed Biden to select her. But they are learning once again that those who live by identity politics often die by it.