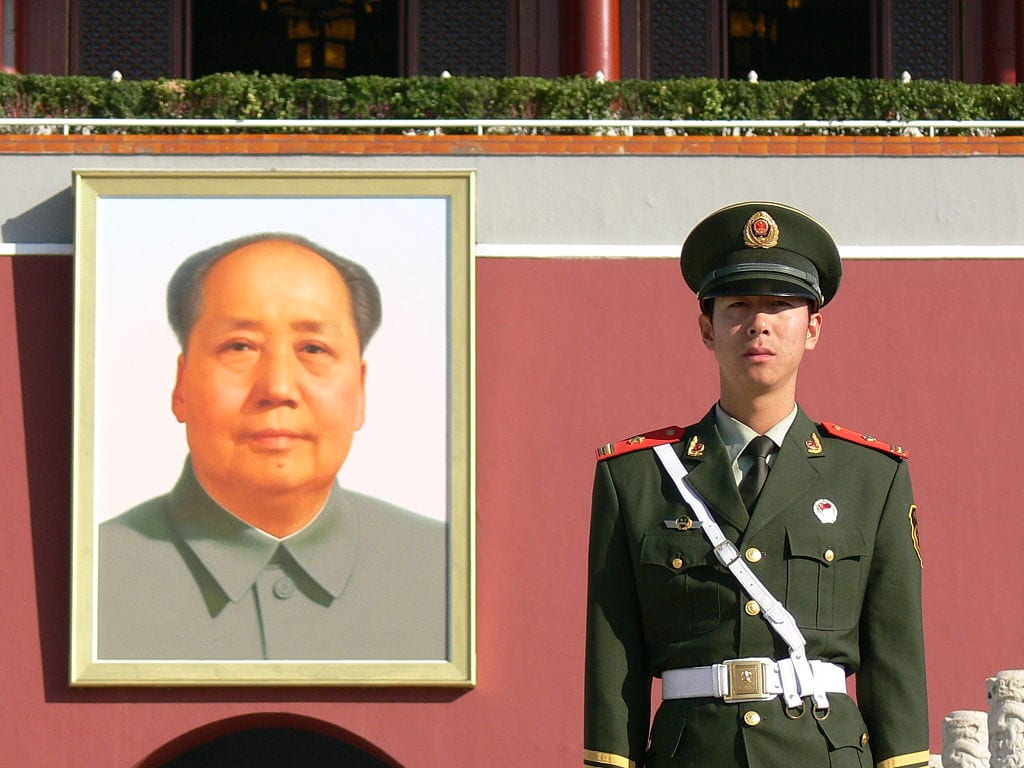 Have you ever wondered who the evilest people to ever walk this earth are? Adolf Hitler always seems to be the go-to reference in such conversations. It is a difficult thing to quantify. Do we do it statistically — that is, according to who killed the most people — or should it be based on their evil influence on history? My list relies on both. Of course, it’s totally subjective, but those making the Top Ten might surprise you. So, starting in reverse order, I give you a list of people who will make you feel better about yourself:

This is quite possibly history’s worst political dynasty. In addition to starting the Korean War that killed 3 million people and their refusal to officially end that conflict, this grandfather-son-grandson trio has created one of the most repressive regimes in the world. Without the protection of a meaningful constitution and the Rule of Law, citizens are frequently starved, beaten, imprisoned, murdered, indoctrinated, and forced to worship the Supreme Leader. At least North Korea serves as a nice answer for millennials who ask, “Dad, what was the Soviet Union like?”

9. The Sanhedrin of Jesus’ Day

Somebody from the Bible should make this list, and while there are a number of fine nominees, I decided it should be the majority of those who were members of the Sanhedrin in Jesus’ day. Why? Many who reject Jesus as the Son of God do so because they didn’t see his miracles or hear his teaching. By contrast, the Sanhedrin saw and heard both. Rather than believing in Jesus when they saw him perform miracles, their hatred for him grew. John 12:9-11 tells us that when they learned that Jesus had resurrected Lazarus, like a mafia they plotted to kill Lazarus so that there would be no evidence of such a miracle. They knew he was innocent but campaigned for his crucifixion anyway. That is a startling level of hard-heartedness.

Grozny is typically translated into English as “terrible,” but it’s a terrible translation. Even so, the translation works for the man in question. “Ivan the Terrible” was certainly one of the worst human beings to ever live. The first of three Russians on this list — we could populate the list exclusively with Russians — Ivan appears to have enjoyed killing. In 1570, he surrounded the Russian city of Novgorod with his Oprichniki (Russia’s first political police force), and in a six-week-long orgy of violence, he all but wiped the city out. Ivan himself participated in the bloodshed, using axes and anything else that might be readily available to hunt and kill his subjects. We are confident that if Ivan had access to more efficient means of killing people — guillotines, guns, bombs, or gas chambers — he would statistically rank with the most murderous people of all-time. An interesting bit of trivia concerning Ivan: he proposed to Queen Elizabeth I of England. She politely declined. Elizabeth made a good call there.

Historian Andrew Hussey says that Islam resembles “a ruthlessly efficient war-machine rather than a religion.” This description fits. The religion’s founder, Muhammad, was a misogynist, liar, raider, and pillager of the worst sort: murdering, stealing, raping, enslaving — he did all of it. This aspect of Islam has never faded. Today, Islam is the world’s second largest religion — Christianity is first — and its converts are often made at the point of a sword. While many Muslims practice the religion peacefully, those who most closely follow Muhammad’s teachings also follow his life’s example. Where Jesus modeled peace and love, Muhammad did nothing of the sort. As a consequence, we may thank him for not only Islamic wars of conquest, Al-Qaeda, the Taliban, and ISIS, but also the terror of 9/11, the 7/7 subway bombing, the Madrid train bombings, Charlie Hebdo, the November 2015 Paris attacks, the Bastille Day attack in Nice, and countless other terrorist attacks. Come to think of it, Muhammad may deserve a less favorable ranking on our list.

Had Hitler never acquired the power of state, it is likely that he would have lived out his life in obscurity as a civil servant or as a sketch artist. Unfortunately for humanity, he seized power and initiated a global war that saw the deaths of no less than 50 million people. Hitler’s rant, Mein Kampf, remains a playbook for fascists and his anti-Semitism has been greatly admired and modeled in the Arab World.

Statistics alone get Stalin a high ranking on our list. Stalin was evil. Brutal, petty, jealous, paranoid, and utterly without conscience, he killed — numbers vary wildly — no less than 25 million people through purges, collectivization, state-induced famines, and bureaucratic incompetence. Simply put, Stalin had no regard for human life whatsoever. Remarkably, if you visit Russia today, you will discover that there is a nostalgia for the iron-fisted days of Koba.

A few years ago, I attended a lecture given by a Chinese economist at the University of Beijing. I was pleasantly surprised when he was somewhat critical of the policies of Chairman Mao. This was, I thought, an indication that we were speaking freely, honestly, about the past. As the lecture continued, he said something like: “Critics of Mao’s reforms point out that his measures for implementation were excessive.”

This irritated me. Genocide is more than an “excessive measure.” I couldn’t let this go.

“‘Excessive?’” I said, so that the full room of students and business executives could hear me. “I’ll say! Let’s be clear, Mao killed between 40 and 70 million of his own people.”

Silence. Total silence. I felt like Ann Coulter at Berkeley. One Chinese student sitting next to me, a fellow who had been quite friendly only moments before, literally backed away from me. The economist paused, looked around the room and at the doors, and then continued nervously. No one argued the point. It was as if I had said nothing. They were afraid. This is what societies with a history of violence and repression look like even after they have liberalized a bit. The lingering cultural memories of Chairman Mao, the Cultural Revolution, and Tiananmen Square are not just things of the past. They shape the present — unless, of course, you want to read about them on the heavily censored internet. In that case, they simply never happened.

This incident probably explains why the Chinese government recently denied me an entry visa.

The founder of Planned Parenthood, an organization as evil as the Einsatzgruppen, Sanger championed abortion and eugenics. More than 61 million children have been aborted in the United States alone since Roe v. Wade in 1973. Of these, Planned Parenthood is responsible for no less than 8 million abortion deaths. Statistically, Sanger has earned her spot on this list. These days abortionists don’t just kill children, they celebrate it as a moral good. That this is heinous should (but doesn’t) go without saying. And this brings me to a question: with assaults on statues being in fashion, how has Sanger’s statue in the Smithsonian survived?

To our knowledge, Karl Marx never personally killed anyone. No doubt you could sit down with him, enjoy a good German beer, argue the dialectic, and leave physically intact. But Marx is the author of one of the greatest evils to be set loose on humanity. An admirer of Charles Darwin — he sent an inscribed copy of Das Kapital to the British scientist — Marx saw history and economics much the same way that Darwin saw biology: as driven by godless, impersonal forces. His theories gave rise to secular socialist utopian regimes that would kill more than 100 million people in the 20th century alone. That’s more than all religious wars in all previous centuries combined. This is to say nothing of the material, intellectual, and spiritual assassination of entire generations. Such governments have a very a low view of man, seeing him as mere brick and mortar for the building of the perfect socialist state. As Stalin said, “You can’t make an omelet without cracking a few eggs.” Socialists have cracked millions of eggs but have yet to make any omelets. Standing at Marx’s graveside in London recently, I tried to unite a few of the world’s workers to topple his statue. Unfortunately, their union didn’t allow manual labor.

This completes my list. Who would make yours? You can send me your suggestions.