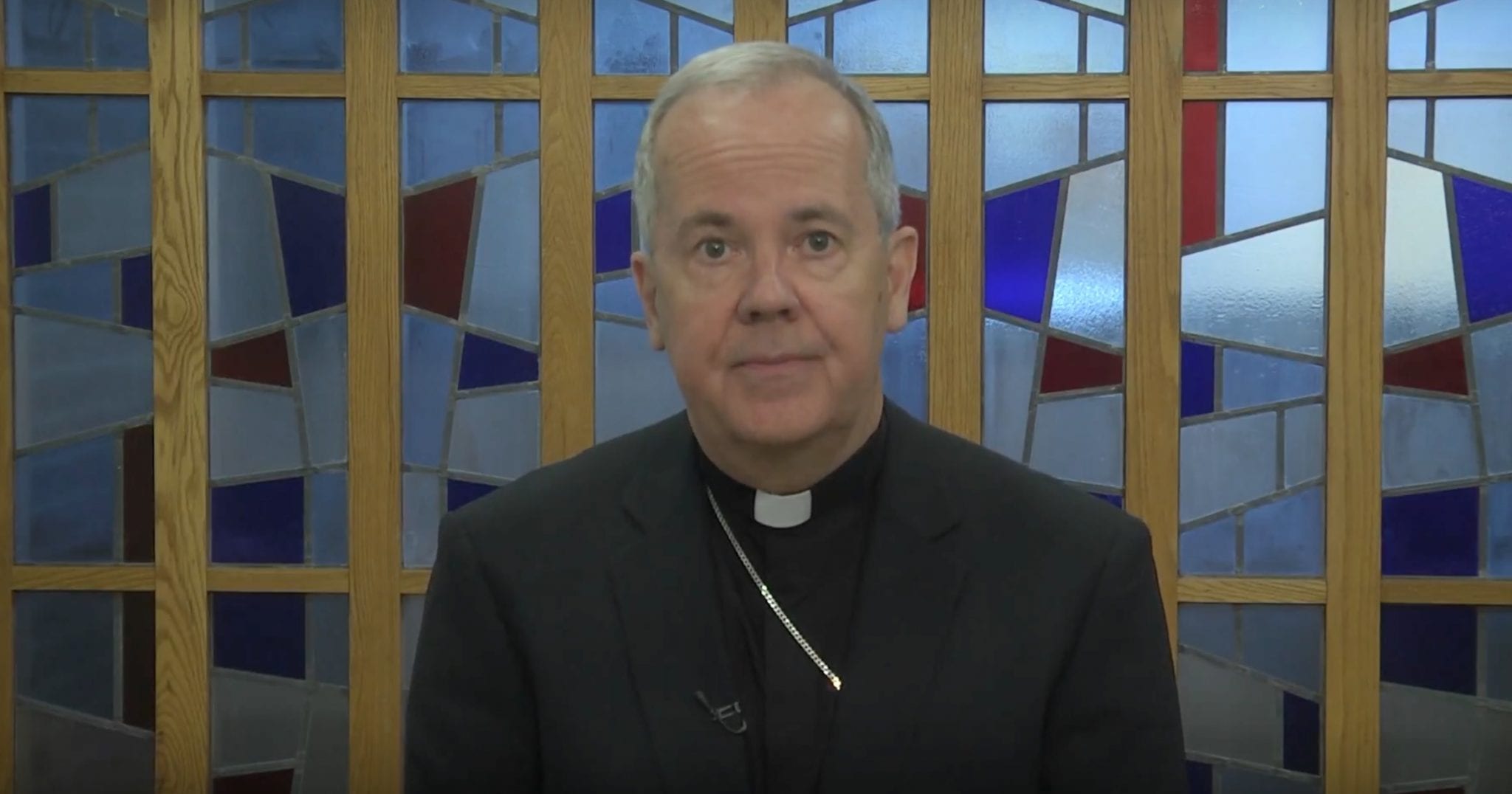 In 2017, homosexual activists celebrated Bishop Joseph Bambera of Scranton, Pennsylvania, for allowing a heretical priest to speak at a Catholic university in his diocese.

“A Catholic college and Pennsylvania bishop are the latest public supporters of Fr. James Martin, SJ, after they refused to concede to right-wing activists who wanted the priest disinvited from a scheduled speaking appearance,” burbled a press release from New Ways Ministry, an LGBT group that seeks to change the Church’s moral teachings. “Conservative activists had targeted Misericordia University for inviting Martin speak at the winter commencement this December of the school located in Dallas, Pennsylvania…. This latest show of support from Bishop Bambera and Misericordia University is significant because they stood directly against the very groups to which church officials have frequently conceded, and conceded to the detriment of the church. Their defense will help grow the positive impact on the church that Martin’s book has had, even as the book and its author have drawn criticism from all sides.”

Orthodox priests in Scranton enjoy no such liberty to speak their minds under Bishop Bambera. Nicknamed “Bambi” by some of his priests for his role in enabling a gay clergy, Bambera is known for harassing faithful priests who tell the truth about the pederasty scandal in the Church. One such priest contacted me recounting the harassment he received after delivered a homily in which he lamented the neutralizing effect Pope Francis had on the feckless U.S. bishops’ gathering in Baltimore, a sermon his congregation greeted with applause. “I received nothing but positive feedback,” he said. But word of the sermon critical of Pope Francis and the U.S. bishops got back to Bambera, who dispatched an aide to chew the priest out.

Bambera’s Vicar of Clergy, Fr. Jeffrey Walsh, button-holed this priest at a November priests’ gathering to tell him that he was “out of line” to give such a homily. “He went on to tell me that ‘the bishop thinks’ that I am ‘being divisive,’” according to the priest. “I told him that the faithful deserve to know the truth. He fired back stating it is okay to say things like that in the midst of fellow priests but that it was inappropriate to speak like that in front of laypeople. I was shocked at his comments. It is okay to speak the truth to priests but not to the lay faithful?”

This priest said it is not the first time he has been harassed by Bambera for telling the truth about the sorry state of the Church under cowardly and heterodox leadership. Last year he had a similar experience after he criticized the United States Conference of Catholic Bishops (USCCB) for failing to defend the Church’s teachings. Bambera called him into his office and reprimanded him. “He called me a disappointment.” Then Bambera sang the “praises of the USCCB,” the priest recalled. “The people in this diocese deserve to know the truth. Many priests will be able to relate to this sad experience. [Bambera] uses his power to make people feel guilty for telling the truth.”

I have heard many other troubling stories from the Scranton diocese. One concerned Catholic, who used to work at a parish within the Scranton diocese, described Bambera’s diocese as a haven for gay priests and said her duties included buying flowers for the rooms of the priests’ visiting gay boyfriends. “It was ridiculous,” she said.

A bishop down in Mississippi made scandalous news this week for reassigning a priest who had blown the whistle on a scamming pastor with HIV who pretended he had cancer so that he could bilk his parishioners for “cancer treatment” payments. To the outcry of victimized parishioners, the priest who informed on the scammer has been moved from the parish by Bishop Joseph Kopacz, according to the Mississippi Clarion Ledger:

A second priest has been identified as an informant against a fellow priest accused of scamming parishioners. Now, he’s being moved by the Catholic Diocese of Jackson from the Starkville parish he tried to protect.

Sunday morning, the Rev. Rusty Vincent announced he was being reassigned from St. Joseph Catholic Church in Starkville. He will be moved to Vicksburg in January. A priest from Madison, the Rev. Jason Johnston, will take over pastoral duties at St. Joe.

In 2017, Vincent went to Bishop Joseph Kopacz with concerns over finances at St. Joe and the Rev. Lenin Vargas. Both priests were assigned to the church. Vargas served as the pastor while Vincent served as the associate pastor.

A Scranton source alerted me to this story and noted where Bishop Joseph Kopacz got his major experience — Scranton. Kopacz, after years of dirty work as Scranton’s Vicar of Priests (Kopacz is criticized in the Pennsylvania grand jury report),was made a bishop by Pope Francis in 2014. And who co-consecrated him at his installation Mass? Bishop Joseph Bambera. The stench from Scranton has wafted down to Mississippi.