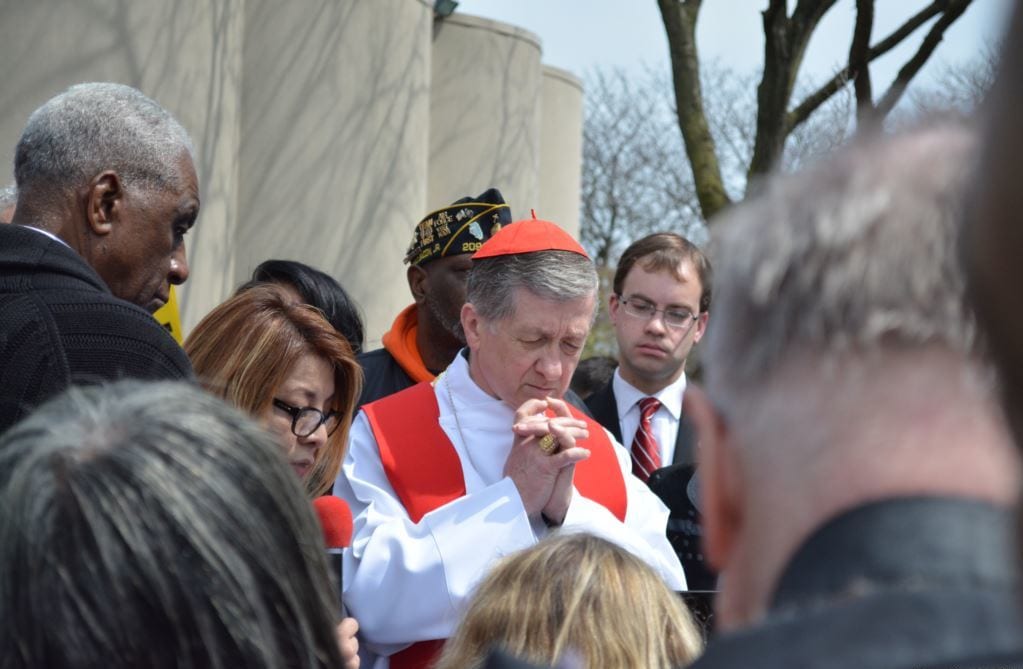 More Politics
Sign Up to receive Our Latest Updates!
Register
Hot Off
The Press
The Nation’s Pulse
The Political Theater of the National Guard’s D.C. Occupation
by Nic Rowan
Free the Market
All Eyes on the Gig Worker
by Olivia Grady
Technically Right
Big Tech’s Big Brother Moves
by Ben Hall
Political Hay
Loews Hotel Stands Up for Fascism
by Jeffrey Lord
The Right Prescription
Can Democrats Purge GOP ‘Insurrectionists’?
by David Catron

The winds of scandal whipping around the Church’s gay pederasty problem are not dissipating but picking up speed. This is foiling the devious plans of Pope Francis, who deliberately scheduled his “abuse summit” six months out in the hopes that few would care about it by then. News of that quickie gathering of bishops scheduled for next February commanded little respect from the laity before this week, but even less now that its primary American organizer has been announced — Blase Cupich, who owes his elevation in large part, according to Archbishop Carlo Viganò, to the very molester, Theodore McCarrick, whose scandal the summit will supposedly address.

It was McCarrick who whispered in the pope’s ear about appointing the relatively obscure Cupich to the immensely important archdiocese of Chicago. Overnight this appointment turned the nebbishy Cupich into the most powerful cardinal in America. In Baltimore at the fall bishops’ conference, Cupich was reveling in this status, playing with his cufflinks as he held court before awed staffers.

Cupich is of course the least credible American figure to address the abuse crisis. His resolve to purge the mini-McCarricks who populate the priesthood and hierarchy from the Church is nil. To the critical question — Should the Church continue to ordain homosexuals? — Cupich’s answer is a resounding yes. This, along with his left-wing politics, has turned him into a media darling. Notice that all of the media’s recent take-downs of derelict leadership steer clear of Chicago.

Cupich has famously vowed not to follow Viganò down his “rabbit hole” and says he will focus instead on the promotion of the pope’s enviro-socialist political program. At the Baltimore conference, Cupich was running interference for double-living prelates, urging his colleagues to see such misconduct as “consensual” and thus not worthy of strict regulation.

Cardinal Oswald Garcia of Mumbai, by the way, is also on the abuse summit’s organizing committee. He is the Cupich of India, so brainwashed by the pope’s moral relativism that he has taken to telling socially conservative Indians that they need to lighten up about LGBT rights. Garcia has also been known to censor out of his priests’ homilies any “offensive” references to the sinfulness of homosexual behavior.

Not a single McCarrick crony has been demoted under Pope Francis. Some of them, such as Paterson (New Jersey) Bishop Arthur Serratelli, preside over openly corrupt dioceses. A wispy protégé of McCarrick’s, Serratelli is known for, among other acts of astonishing corruption, making Fr. Hernan Arias, a credibly accused gay predator, his vocations director. Arias no longer holds that post, but he remains pastor of St. Margaret of Scotland despite the fact that he is under Vatican investigation for an allegation of sexual assault against a college student who was thinking about becoming a priest. Serratelli knew about this charge before he made Arias vocations director, according to a source close to the Paterson chancery.

Arias is so close to Serratelli that people in the know in the diocese refer to him as “Mrs. Serratelli” or the “First Lady,” said this source. “Serratelli, Arias, and Edgar Rivera (the current vocations director) go on vacation every year together to the Dominican Republic,” added this source.

The whereabouts of Arias are not known, even though on paper he remains St. Margaret’s pastor. Another corrupt Paterson priest on the run is Fr. Patrick Ryan, who (I’m told by well-placed Paterson sources) is under state investigation for embezzling money from St. James of the Marches parish to finance his gay lifestyle. “He has been ripping off the second collection for years, and with some of that money bought a house for his gay lover,” according to a chancery-connected source.

When I saw Serratelli in Baltimore, I asked him about the status of Ryan. Is he under investigation for embezzlement? Serratelli refused to answer. When I asked him about Ryan’s checkered background — sexual misconduct charges dogged him during a previous posting in Albany — Serratelli visibly winced and started babbling about how “lawyers had checked everything out.”

Why did Ryan leave Albany for Paterson? Speculation abounds. “He used to cruise parks up there,” says one priest. Another source suspects that Ryan got to Paterson on a “prisoner exchange” — a trade of deviant priests undertaken by former bishops of Paterson and Albany designed to keep inquiring cops at bay.

Staffers at Ryan’s parish decline to answer any questions about him. Parishioners have been told that he is on leave for “health reasons.” It is the same template Serratelli used to explain Arias’s disappearance from his post: “Due to the stress he has been experiencing, Father Arias has requested and received time away from his parish, St. Margaret of Scotland in Morristown, for health reasons.”

“Health reasons” is becoming as hackneyed a departing explanation for the Church’s nabbed deviants as “the need to spend more time with family” is for vanishing pols. Cupich claims that the upcoming abuse summit will put such a culture of evasion behind the Church. It is far more likely to cement official lies in place. High among those lies is that the abuse scandal revolves around “children,” Cupich’s carefully chosen word, even as case after almost every case involves male teenagers. The scandal is one of homosexual abuse, precisely the McCarrick problem that the beneficiaries of his sinister influence and dirty money have no interest in solving.

George Neumayr
Follow Their Stories:
View More
George Neumayr, a senior editor at The American Spectator, is author most recently of The Biden Deception: Moderate, Opportunist, or the Democrats' Crypto-Socialist?
Most Popular
1
Politics
Staying Sane in a World Gone Mad
by Robert Stacy McCain

3
Hither and Yon
It Was a Trap, And MAGA Fell Into It
by Scott McKay