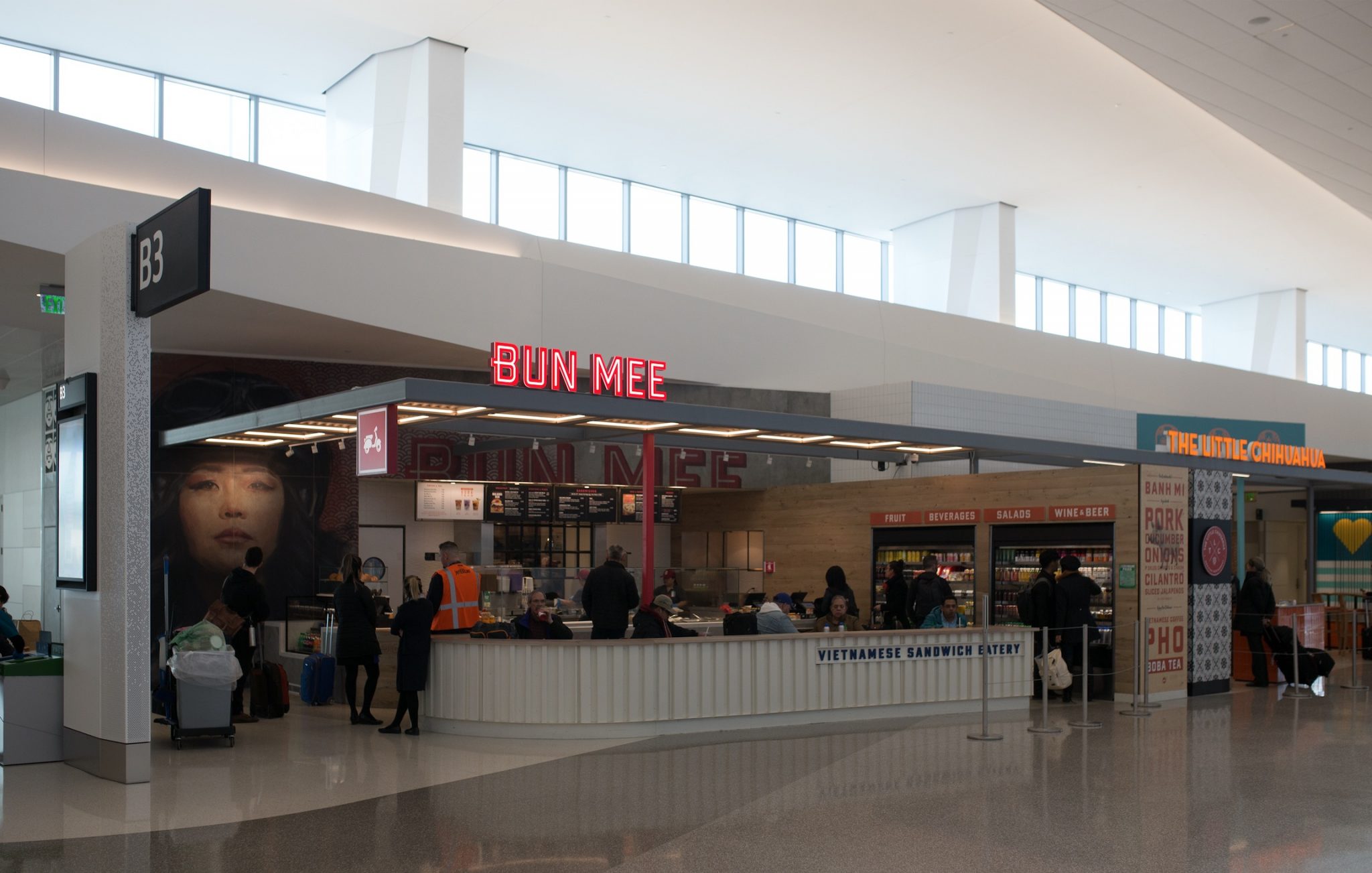 The monuments the vandals leave standing shine as bright a light on their benightedness as the ones they topple.

Goodlett acted as the personal physician for mass murderer Jim Jones and printed the Peoples Temple newspaper. He proclaimed that Jonestown “gives people hope,” shows that “dreams come true,” and represents “the wave of the future” upon visiting the jungle concentration camp in Guyana just months before the mass poisoning that killed more than 900. Larry Schacht, the mixologist behind the murderous elixir, gained admittance into a Mexican medical school with the help of Dr. Goodlett, who likened him to Nobel Peace Prize-winner Albert Schweitzer, after U.S. schools turned him down.

As detailed in Cult City: Jim Jones, Harvey Milk, and 10 Days That Shook San Francisco, even after the carnage, Goodlett, ever the flunky, ran interference for Jim Jones, “a man who really attempted to practice the dogmas of Christianity.” Two days after what stood until 9/11 as the largest loss of American civilian life in U.S. history, Goodlett, in a jaw-dropping display on public television, bitterly criticized the congressman who saved lives prior to Jones’s “Red Brigades” assassinating him, the journalists who dared investigate the communist cult leader, and the relatives who labored in vain to rescue their loved ones. He praised Jim Jones repeatedly. “From my point of view,” he maintained, “the good works of a man as well as his rascality — they are not interred with his bones.”

While Mayor Bill de Blasio calls a statue of Theodore Roosevelt on the Upper West Side “problematic,” he lets stand a city memorial on the Lower East Side — “Samuel Dickstein Plaza” — for a paid agent of the Kremlin who defrauded our democracy.

The blindfold so many local leaders wore when giving awards and public posts to Jim Jones remains fastened today as San Franciscans celebrate the cult leader’s sycophants who celebrated him.

Willie Brown, who compared the “highly trusted brother in the struggle for liberation” Jim Jones to Albert Einstein and Martin Luther King Jr., sees his name on the span of the Bay Bridge that connects San Francisco to Yerba Buena Island. George Moscone, the assassinated mayor who placed Jones on the city’s housing commission, effectively making him the largest landlord in San Francisco once he became chairman, and made his benefactor off-limits to serious investigation, lends his name to the city’s convention center, a school, and a park. San Francisco put Harvey Milk’s name on Terminal 1 of its airport. “Rev. Jones is widely known in the minority communities here and elsewhere as a man of the highest character, who has undertaken constructive remedies for social problems which have been amazing in their scope and effectiveness,” Milk wrote to President Jimmy Carter in a successful effort to prevent the State Department from retrieving a boy kidnapped by Jones. The State Department hindered but did not help the boy’s parents — depicted as a liar and a blackmailer by Milk — retrieve their six-year-old son, whose body rotted with the rest.

Such thumbnail sketches do not do justice to their injustice. But the purity police in a one-party town do not brook any criticism, even of a thumbnail-sketch variety, of the progressives who boosted a lunatic who killed more African Americans than any member of the Ku Klux Klan.

Everywhere they topple statues of great men, they erect monuments for losers.

In Massachusetts, where a mob decapitated a statue of Christopher Columbus and the Boston Arts Commission voted to taliban a bronze of Abraham Lincoln, the tallest library in the Western Hemisphere memorializes a figure who renounced his American citizenship, eulogized Stalin as a “great” and “courageous” man, and earned ejection from the NAACP for espousing racial separatism. W. E. B. Du Bois toured Nazi Germany in 1936 as an unwitting tool of Adolf Hitler’s regime. He praised the Third Reich in glowing terms, compared it favorably to the United States in regards to prejudice, and wrote a shameful article called “The German Case Against Jews” that explained the “reasoned prejudice” against the group that he claimed controlled the stock exchange, business, the legal field, and so on. Maoist China celebrated a holiday in Du Bois’s honor. The Soviet Union awarded him the Lenin Peace Prize. Why does the University of Massachusetts put his name on its library?

New Yorkers elected Samuel Dickstein to represent them in Congress. Instead, he represented Moscow, which, knowing him better, codenamed him “Crook.” Dickstein ironically created the House Committee on Un-American Activities, which he used to tar patriots, such as Smedley Butler, one of a few to win the Congressional Medal of Honor twice, but condemned it once it investigated Stalinists. While Mayor Bill de Blasio calls a statue of Theodore Roosevelt on the Upper West Side “problematic,” he lets stand a city memorial on the Lower East Side — “Samuel Dickstein Plaza” — for a paid agent of the Kremlin who defrauded our democracy.

Boston’s Old South Meeting House features a statue of a muzzled Margaret Sanger, who spoke unmuzzled in 1912 when she described “the Aboriginal Australian” as the “lowest known species of the human family, just a step higher than the chimpanzee in brain development” in The New York Call, unmuzzled in 1923 when she singled out Jews and Italians for “the multiplication of the unfit in this country” before a committee of the New York state assembly, unmuzzled speaking to a Ku Klux Klan meeting in New Jersey in 1926, and unmuzzled in The Birth Control Review in 1932 when she issued a plan to forcibly sterilize and imprison for life in concentration camps millions of “dysgenic” Americans.

People who see racism everywhere fail to see it in themselves. They imagine their ideology gives them, and their heroes, a pass just as they believe that anyone opposing their beliefs ipso facto harbors great bigotry. Self-righteousness breeds self-flattery.

The contempt of villains for heroes goes travels beyond our borders. To desecrate and deface the likenesses of Spanish heroes (Miguel de Cervantes), Indian heroes (Mahatma Gandhi), English heroes (Winston Churchill), and so on means to exhibit profound intolerance and not to demand tolerance. They imagine their acts of vandalism as enlightened and their desecration of what others revere as culturally sensitive. Would they characterize it as charitably if a mob destroyed the monuments to their heroes? Would they call it peaceful protest rather than incitement? Would they like the people ripping down their heroes more or would they recognize that this scab-picking leads to rawness rather than reconciliation?

The American heroes knocked from their pedestals discovered continents, founded states, and won wars. Those taking their place share a single criterion: ideology. Anyone can believe fervently. Few actually do something monumental, which explains why societies erect monuments to them.

The shift toward honoring ideologues who affirm the homogenous beliefs of the parochial cosmopolitans who live in America’s one-party urban enclaves strikes as political narcissism. Are they honoring others or themselves?

Nothing threatens great as much as mediocre. The ideologue looking down from below at the man on the pedestal wishes to tear down the reminder to his mediocrity (or worse). Rather than measure himself against Christopher Columbus or George Washington, he tears down the taunt to his inferiority. In its place, he erects a mirror — an ideologue who merely believed the things he believes. When we honor the best, we bring out the worst in the worst.

The more extreme the inhabitants of America’s political monoliths — people unaccustomed to a challenge to their views and mistaking their ideology for morality — the more they fervently tear down statues of saints and abolitionists and liberators. Nothing strikes as so backward as a progressive acting like a barbarian. The vandals of art and history cannot tolerate even slight deviations from progressive orthodoxy circa 2020. Ironically, so much that falls represents progress for some earlier era. And, given the inherently shifting meaning of progressivism, the statues that take their place eventually capsize, too. A progressive litmus test on statuary guarantees perpetual statuary murder. What goes up must come down.

They ripped down statues of patriots who built, and bled for, America. The memorials they left standing celebrated people who renounced citizenship, betrayed country for profit, outlined detailed plans for concentration camps, and fawned over mass murderers.

They are narrow. They are bigots. They aren’t patriots.