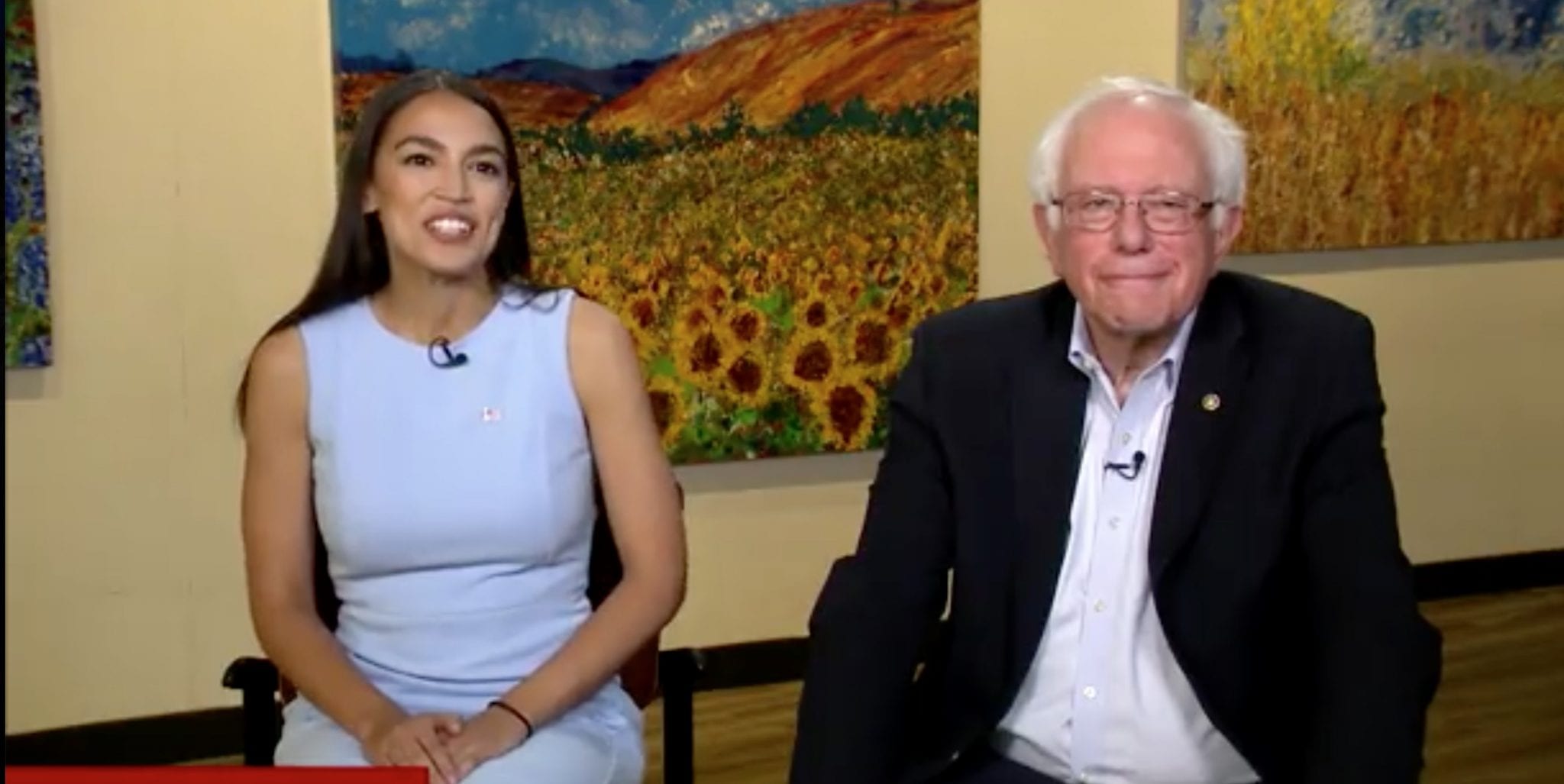 I tiptoe past the presidential election of 2016 on my way to look at the democratic socialist surge that Alexandria Ocasio-Cortez helped produce, supposedly, with her surprise primary victory in June over U.S. Rep. Joseph Crowley of Queens and the Bronx.

So lavish, so gosh-durned ecstatic, are overreadings of the Ocasio-Cortez victory that, lo, last week the victorious candidate took to the trail with Bernie Sanders himself, hailing the new political dimension for which the two suppose Americans yearn.

In Wichita, Kansas, where Candidate Ocasio-Cortez took up the cudgels for two local progressives, she and her “unapologetically leftwing message,” in the words of a New York Times correspondent, received whoops and huzzas. “Change takes guts,” she said. “What you have shown me, and what we will show in the Bronx, is that working people in Kansas share the same values — the same values — as working people anywhere else.”

The immediate trouble here is the nature of the left-wing message that helped dispose of Congressman Crowley of the Bronx. Candidate Ocasio-Cortez doesn’t advocate uprooting capitalism so as to replace it with the Thought of Chairman Mao. She does have distinct non-Trumpish, for that matter non-Bushian, non-Reaganesque, even non-Clintonian notions.

Her progressive policy agenda includes: 1) Medicare for all 2) abolition of the Immigrant and Customs Enforcement agency, 3) tuition-free public college, and, a little incongruously, 4) abolition of those privately owned prisons few voters have probably ever heard of.

She wants, in other words, a lot of your money: promising wonderful outcomes once she gets it. Sen. Sanders makes the same pitch. Neither refers specifically to “your money,” but that’s what it comes down to.

Donald Trump, it could be argued, made the political environment safe for over-the-top declarations, e.g., he was going to wall off Mexico from the United States and make Mexico pay for the wall. I am not sure anyone outside the Trump bedroom ever took such a ridiculous notion seriously. It was an attention-grabber. In the cases of Medicare and college tuition for everybody, things get dicier. You could do these things. They are personal — unlike a southern wall no one but immigrants would ever see. The personal stuff is what socialists like to do: something for you, something for her. At someone else’s expense, naturally. The only folk likely to oppose it are fat cats, famous for their supposed wealth and theoretical indifference to the poor. They can go jump in the lake, making a soggy mess of their job-creating potential, but at least we’d have their money.

Or would we? Likely not. Beating up on people with ideas and drive and initiative can make socialists feel very good indeed, but it butters no parsnips. No socialist economy in the history of the world has ever succeeded in the long run, as opposed to the feverish, over-excited short run, when it’s easier for government to make promises than to plan for what happens if and when promises go awry. Cheers and accolades for the occasional socialist victor in politics don’t contradict Margaret Thatcher’s biting bon mot about socialists who always run out of other people’s money to spend.

It is not that better medical care and affordable college belong outside the perimeter of civilized political discourse. It is that some proffered answers to these challenges make sense, whereas others don’t. It is that most Americans sense at a glance the deceptiveness of the promise to load their table with great gooey slices of pie in the sky: expecting voter gratitude in return. No wonder, I imagine, that polls show public preference sharply lessening for Democratic control of Congress.