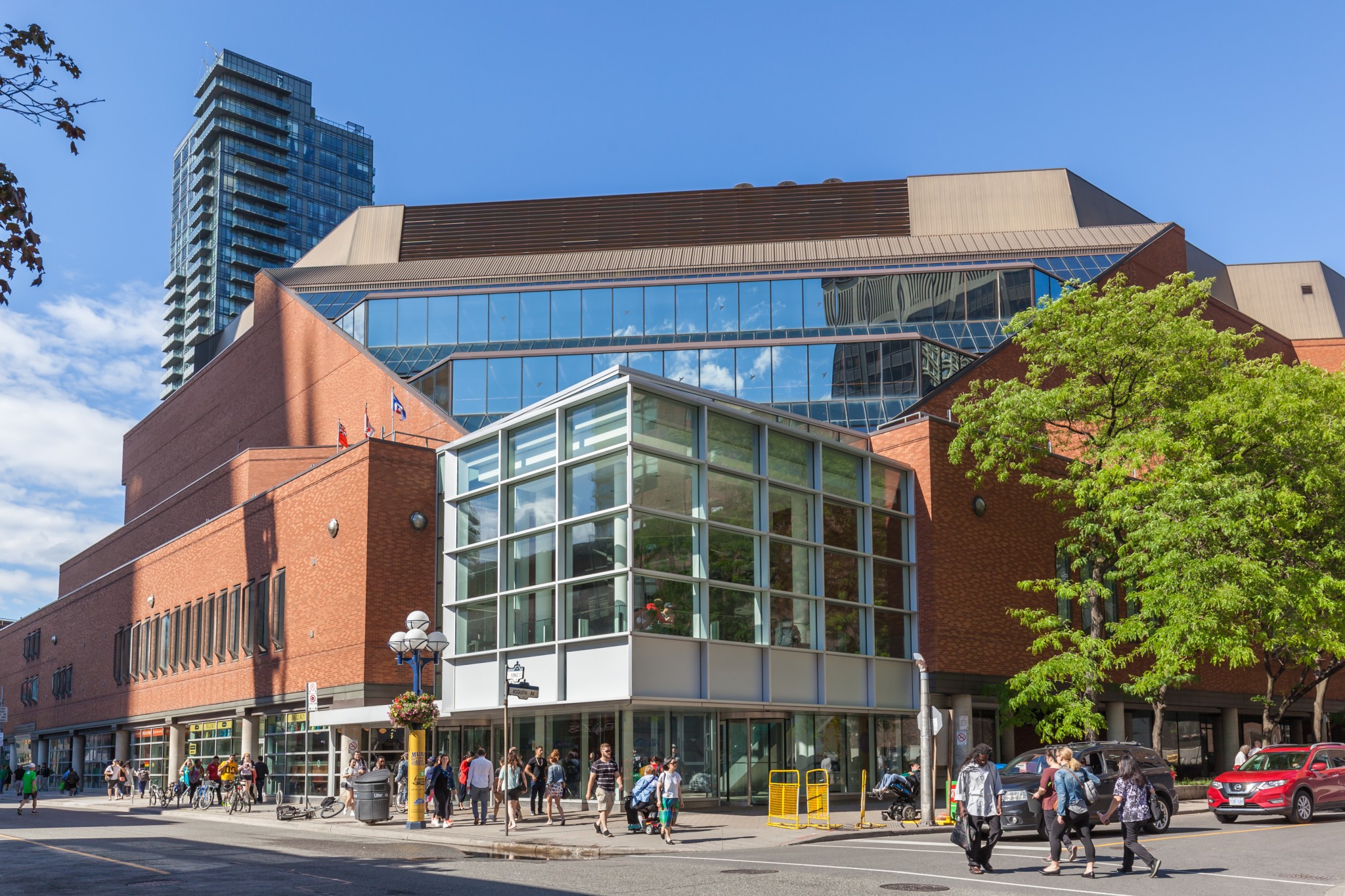 When people write or talk about the corruption of our public institutions — what cultural conservatives call “the long march through the institutions” — one that is seldom if ever mentioned is the public library system. Of course, the public library system is not as high-profile as, for example, the public school system or the judiciary, and it is not nearly as big as either of these systems. However, it has long been an important part of our civilization.

Like many of our public institutions, it started off modestly and privately. A well-to-do donor might give or bequeath his personal library to the town, church, or parish where he lived. It would be housed in any available space, but not, at first, in a free-standing building. Then, that original donation might be supplemented by others, and the collection would haphazardly and sporadically grow. Back in the day, if the books were allowed to circulate, the borrower might be asked to pay a pittance for expenses. Other sorts of quasi-libraries also sprang up, such as when certain booksellers lent extra copies of books on hand for a slight fee.

For many students and some authors, the library became a home away from home.

When we were little, my father, who worked long hours in a sweatshop, used to take my twin sister and me to a little library called the Boys and Girls House, on St. George Street in Toronto, Ontario, on Sundays, when he had his day off. The public library was then, as it continued to be until recently, a sweet and airy refuge from the cramped quarters typically inhabited by impecunious refugees such as us. When my sister and I were a bit older, we took ourselves to Wychwood Library on Bathurst Street and kept going there until we’d read the whole collection.

Wychwood Library was a Carnegie library, one of several that steel magnate Andrew Carnegie built in Toronto and one of 2,500 that he built between 1883 and 1929, mainly in North America but also in other parts of the English-speaking world and elsewhere. Whenever Carnegie donated money to a city or town to build a library, he stipulated that the municipality must provide the land on which it was to be built, maintain it in perpetuity, and have it be free and open to everyone. This was an enormous philanthropic project that became the bedrock of the public library system.

Back in the day, libraries were quiet and serene places, and the librarians were knowledgeable about the collections and helpful in steering patrons toward the books that they thought might be profitable for the patrons to read next. The librarian profession attracted a certain kind of person, one who by nature was probably a bookworm, loved order and quiet, and enjoyed the art of stimulating in others a passion for reading.

For many students and some authors, the library became a home away from home. Karl Marx was one of those writers who did his scribbling in a public library, the British Museum, where he was able to escape the squalor of his abode and, also, the landlord, who might come around demanding back rent and threatening eviction. In one of George Orwell’s essays on the life of a freelance writer, he describes a chaotic scene at home where the writer, who is working to meet a deadline, is trying to concentrate amidst the chaos of early-stage domestic life, which often included the noise of a bawling infant in the background. The library could be a refuge from all that.

When I was a graduate student in the 1970s, legend had it that many a great book or dissertation was written at a favorite café in Cambridge, Massachusetts, called Café Pamplona. But, if you are going to rent a table in such an establishment, it is only fair that you keep ordering items on the menu to justify your ongoing presence, and a long string of cappuccinos and flan is not the healthiest diet for anyone. I myself always preferred to work in the university libraries, where the moldy smell of the stacks was the Pavlovian stimulus that got my intellectual juices flowing. Even today, I don’t feel like wasting money on an increasingly expensive cup of crappy coffee that I don’t really want or need. I’d much rather be working in a library.

But it isn’t always easy, because public libraries are no longer what they used to be. With changing times, most institutions evolve, and that may be well and good. When the library catalog was digitized — well and good — it freed up a lot of space that could be used for other purposes, and finding books became more accessible. When space was set up with personal computers that patrons could use if they didn’t have computers at home, that was also well and good, and, when Wi-Fi was provided for those bringing their laptops, it was splendid.

But now an altogether different transformation is taking place. The public library is being transformed into a de facto homeless shelter. As with many things, the pandemic accelerated this transformation. At first, Toronto’s libraries were completely closed down, along with a lot of other things. During this complete shutdown, fines were eliminated, ostensibly because patrons were afraid of returning books, even in the outdoor return slot, for fear of catching the bug. When the libraries finally reopened for limited use, they required masks and proof of vaccination and had security guards to enforce all that. But, after the pandemic was over, the security guards remained. They remained because Toronto’s libraries began to be repurposed to accommodate the homeless.

In colder climates, one must expect the homeless to want to come in from the cold. The official homeless shelters in Toronto don’t open until midafternoon. The library is a great alternative. It is warm and dry and welcoming and has a bathroom and often soft furniture that can be used for sleeping. But with the advent of the homeless come the problems of the homeless, who do not all quietly doze in a corner. Some of them engage in very loud rants, others pick fights and threaten violence, and still others have very serious problems with personal hygiene. In the closed quarters of the reading room of a small branch library, it is remarkable how quickly and widely the stench can permeate the room.

You might think that librarians would be up in arms about this, but most of them are not. Some, indeed, are leaving the profession just as some teachers are leaving their profession for a related variety of well-known reasons. This simply is not what they signed up for. I know of one librarian who quit and said that she signed up to be a librarian, not a social worker. And guess what? Some libraries have already begun hiring actual social workers instead of librarians.

The reason that there is little resistance to this development is that the librarian profession, like the teaching profession, has been embracing leftist thinking for some time now. At their conferences and in their professional journals, all of which are controlled by so-called influencers, librarians are embracing this new kind of inclusiveness and right thinking. Before this development, they were already acquiring mainly woke books. When one enters a public library today, virtually all of the books on display, in one way or another, reflect leftist thinking. Libraries were also the early venues for “Drag Queen Story Hour.” During a tour I took a few years ago of specialized public libraries in Toronto, the tour guide made a prideful point of mentioning that one of the libraries was the first to host these events. (READ MORE: Drag Queen Story Hour Keeps Dragging On)

These trends are now being exacerbated by two post-pandemic developments. The security guards that were originally hired to enforce lockdown compliance have been retained to help with the arrival of the homeless, and this can only draw resources from the library budget. Moreover, late fines have now been permanently eliminated, and, to my surprise, I have been informed by a librarian friend of mine that these fines used to be a substantial source of revenue.

By stealth, the libraries are being transformed into something else, and one gets the sense that this is being done deliberately. The extra money that is being spent to accommodate the homeless in libraries and hire security guards and social workers could have been used to enhance existing homeless shelters and build new ones. One also finds that the huge amount of physical space that makes up the modern library system has presented to woke bureaucrats a great opportunity for dual use. The result is that the library has become, and increasingly will become, a default shelter for the homeless, and a rather crappy one at that, and, at the same time, a crappy library for those who really need it. For some time now, public museums have been transformed into venues for virtue signaling and political theater. Now, it’s the public libraries’ turn.

I have been told that the local university library now requires a pass for admission, and I intend to acquire one. However, I cannot help but wonder how long the library will remain a bastion of reading, study, and intellectual creativity.