Biden Watch Children,Education,Joe Biden,Parents,Parents’ Rights,Schools,Teachers Unions Biden Undermines Parents in Remarks to Teachers - The American Spectator | USA News and Politics
Menu
Biden Watch
Biden Undermines Parents in Remarks to Teachers
Biden told teachers that kids “are not somebody else’s children” when they’re in the classroom.
by Andrew McDiarmid
President Joe Biden welcomes the 2022 National and State Teachers of the Year to the White House. (The White House) 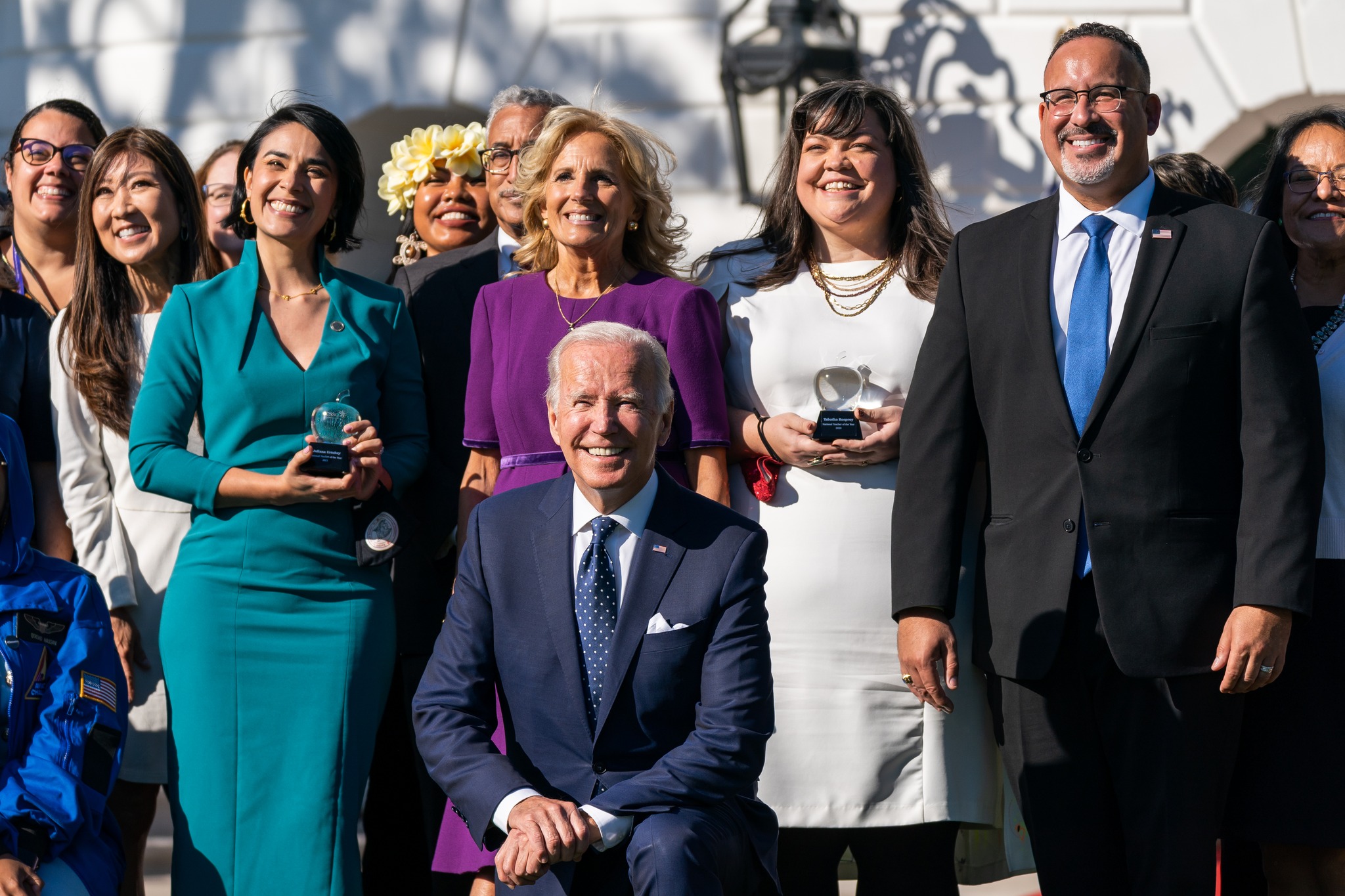 Do kids in America’s classrooms belong to the teachers? President Joe Biden seems to think so. In remarks to teachers this week at a White House event honoring national and state teachers of the year, Biden told educators that their students “are not somebody else’s children. They’re like yours when they’re in the classroom.” In any other era, we would have understood what the president meant — that teachers and parents were working in tandem to give kids a quality academic education while instilling shared American values. But while Biden may believe that in his mind, his comments don’t match up with the current reality of our public school classrooms today.

Over the last two years, the COVID-19 pandemic with its resulting lockdowns and school closures has blown the lid off the inner workings of America’s public school classrooms. Parents have gotten a firsthand look at how divisive ideologies like critical race theory and gender identity are entering school curricula, libraries, and policies. Not only are kids collectively falling behind in academics right now, but they’re also being distracted by harmful ideas that confuse, segregate, and shame instead of unite.

In a national wave of righteous anger, parents began pushing back against this trend, prompting a backlash from some political and educational leaders who would prefer parents stayed out of public school affairs. In testimony to the Senate in September last year, Education Secretary Miguel Cardona said that parents of school-age children should not act as the “primary stakeholders” in education decisions. That same month, National School Boards Association CEO Chip Slaven sent a letter to the White House accusing upset parents of engaging in “a form of domestic terrorism.” And in the run-up to his failed bid for reelection last November, Former Virginia Gov. Terry McAuliffe said, “I don’t think parents should be telling schools what they should teach.” The message from these public figures is clear: parents should butt out of their kids’ education and leave it to the professionals.

But just whose kids are they anyway? As writer Helen Roy puts it — “that children are natural subjects of their parents, and that parents are the best guarantors of their children’s health and happiness” — should go without saying. As such, parents are the primary educators of their children. They have the ultimate right to decide who partners with them to teach their kids as well as supervise what and how their kids learn. They also have ultimate authority to teach their kids about sexuality. But a number of recent news stories have exposed schools and teachers who think they know better than parents what’s best for their kids. In California, two middle school teachers secretly manipulated an 11-year-old girl into believing she was a transgender boy while keeping her mother in the dark. Also in California, parents have been told repeatedly that critical race theory is not being taught in schools, yet a video has surfaced that shows school advisers discussing how to get around the CRT label and still teach the concepts. A school district in Wisconsin is training school staff that “parents are not entitled to know their kids’ identities” and that that knowledge “must be earned.”

So what is the appropriate role for teachers in public schools? Ironically, in the same speech to teachers, Biden admitted that “the greatest sin that anyone can commit is the abuse of power.” Yet, that’s what we’re seeing in classrooms across America — teachers who are abusing the trust placed in them by parents and students in the name of personal propaganda. To be effective as a teacher, four qualities must be evident. First, a healthy dose of humility is in order. Teachers serve the community, which includes the parents of the students they teach. As Carol Garhart Mooney notes in her book Theories of Childhood: “The values and cultures of families and communities should be reflected in and deepened by what happens at school.” But if the values of the teacher or school administrators are vastly different than the values of parents at home, that’s a fundamental problem. Second, modesty is essential. As teachers guide students to learning, it’s not necessary for students to know intimate details about them, least of all their sexual or political persuasions. Modest teachers will demonstrate self-restraint and wisdom in the sharing of personal information or opinions. Third, a spirit of gratefulness is required to teach well. It is hard to be pessimistic about America’s past or future when teachers practice gratefulness. Dwelling on what isn’t good about life or society will not promote a grateful tone in teachers or students. Finally, truth should be the goal of any humble, modest, and grateful teacher. Cultivating thoughtfulness and kindling a hunger for the quest for truth are the ways we equip the next generation to form sound judgments.

Biden’s effort to share his immense respect for teachers and encourage today’s overwhelmed and overstressed educators is not without merit. But his admission that the students in classrooms are not somebody else’s children undermines parental rights and gives continued license to activist teachers and administrators who sacrifice critical thinking and free inquiry for indoctrination and intolerance.

Andrew McDiarmid is a senior fellow at the Discovery Institute. He taught in the middle school classroom for six years and holds an M.A. in teaching and a teaching certificate in Washington State. His writing has appeared in the New York Post, Houston Chronicle, San Francisco Chronicle, the Federalist, and elsewhere. Learn more about his work at www.andrewmcdiarmid.org.