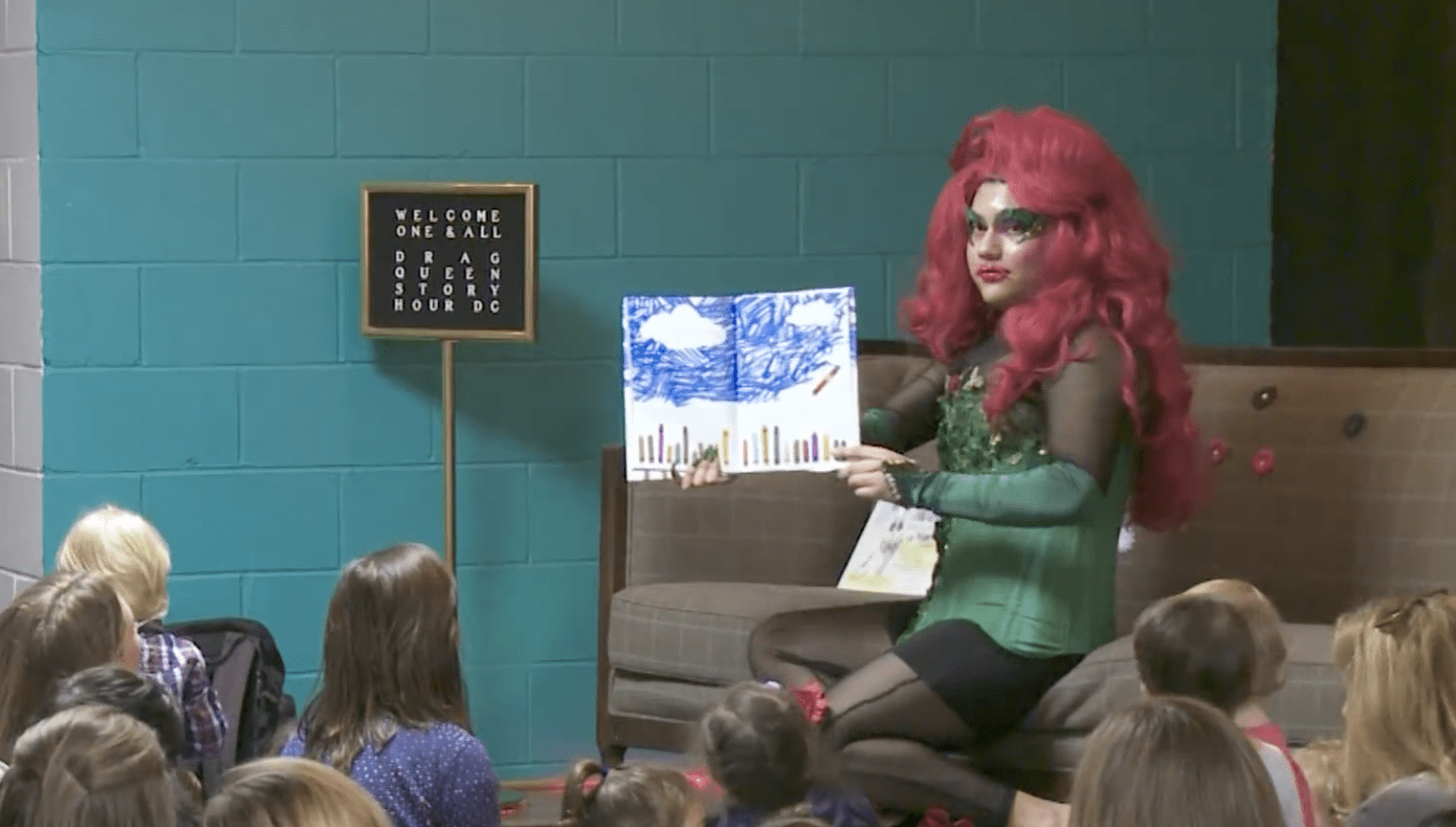 Drag queen story hour has run its course on Twitter, but the fight has moved over to legislation. A proposed bill in the Missouri state Legislature would, among other things, keep drag queens from reading to children in libraries.

It is not expected to pass as written. Meanwhile, the American Library Association has pushed for these “drag queen story hours” in its latest national conference, and GLAAD is getting involved after a New York library postponed a story hour because of opposition from local parents and activists. A young man who joined one of the many protests recently committed suicide after video was released of him protesting one of the story hours. It has become one of our most dramatic public-policy debates, forcing two fundamental views of liberty — or license — to face each another head on.

How did we get here?

The DQSH story is dressed up differently depending on the outlet. The New York Times’ version starts like this: “Once upon a time, at a public library in San Francisco, a drag queen arrived at story time and read to the children she met there. The children — no strangers to playing make believe — had fun, and soon the idea of drag queens hosting story time spread to New York.” And so on.

David French’s version is more patriotic: in response to New York Post op-ed editor and recent Catholic convert Sohrab Ahmari’s resistance to the story hours, he says free access to the public sphere also protects Christians and brands it a “blessing of liberty.”

The reality is a bit more woke: Children’s book author and activist Michelle Tea started the event in 2015 after finding the public library readings she attended with her son too heteronormative. She and her partner want to defend their son from being indoctrinated with gender stereotypes, and drag queens break those down loudly and colorfully.

The story hours, which have caught on in libraries both in the U.S. and UK, have proved controversial for many reasons. Parenting styles and taxpayer preferences differ, yes, but at bottom are more basic questions of freedom — liberty versus license — and decorum. Even Wikipedia cautions, “The DQSH concept is seen as unconventional as the libraries are usually more reserved, and the queens traditionally are associated with bars and nightlife.”

At least one drag queen agrees — and thinks the real culprits aren’t the guys in wigs. In a recent viral video, a California man with the drag persona Kitty Demure sent a “friendly message to mothers who want their kids influenced by drag”:

What in the hell has a drag queen ever done to make you have so much respect for them and admire them so much, other than put on makeup and jump on the floor and writhe around and do sexual things onstage? I have absolutely no idea why you would want that to influence your child.

If those don’t sound like the words of a typical drag queen (whatever that means), that’s because Kitty isn’t one. In his Twitter bio, Kitty calls himself a “[n]onconformist gay Drag Queen who doesn’t follow the leftist hive mind and is a true unicorn in a pasture of fake ones.” He’s not connected to big drag outfits like the famous “RuPaul’s Drag Race”; most of his experience with drag comes from behind the scenes working security at a club. What he learned in the L.A. drag scene is that more queens are failures than are successes. Many of them are drowning in destructive lifestyles and desperate for gigs. For them, story hour is not about the children.

That’s why Kitty blames not the queens but woke parents, because he believes they’re lying to themselves about what drag is:

A drag queen performs in a nightclub for adults. There is a lot of filth that goes on, a lot of sexual stuff that goes on. And backstage, there’s a lot of nudity, sex, and drugs. Okay? So I don’t think that this is an avenue you would want your child to explore.

Parents who think they’re opening their children’s minds, Kitty believes, are also lying to themselves about why they’re there:

Some might take issue with the stance that drag is always sexual. But what do you do when your child wants to know more about drag queens? Do you pull out your phone and show her “RuPaul’s Drag Race”? Worse, what if she’s old enough to Google it herself?

And what happens when a DQSH goes wrong, as it did earlier this year in Houston when a sex offender signed up? Kitty says,

Honestly, you’re not doing the gay community any favors. In fact, you’re hurting us. We’ve already had a reputation of being pedophiles and being perverts and deviants. We don’t need you to bring your children around…. If you need your child to be entertained by a big human in a costume or in makeup, take them to the circus or something.

It’s an interesting argument because it can be read as a twist on “appropriation” — woke parents cutesifying a gay lifestyle for their own “educational” purposes — or a sort of prudence. For Kitty, drag is a blessing of liberty, but one that requires responsibility and discretion, or at least more than these parents are exhibiting. And it shows that the DQSH debate isn’t as black and white, or red and blue, as it may seem.

By last fall, the drama had reached diva pitch, and I needed to see a story hour for myself. So my fiancé and I attended a drag queen story hour at Jefferson–Madison Regional Library in Charlottesville, Virginia. There were about 20 of us (five or so families, with a couple kids each), gathered not in the children’s section but in a drab, mostly empty conference room upstairs. The librarian led us in a song to summon Dreama Belle, our queen for the day.

Our timid claps and stomps failed to summon Dreama, so the librarian fetched her. She teetered in late and ruffled — in giant prom heels, a sequined cape, chalky foundation, and a Big Bird–yellow cardboard wig — sat down, and proceeded to motor through a few picture books on being kind and everyone being beautiful and the Earth being beautiful too, nay, the whole universe. All this was interspersed with woke revisions of classic children’s songs.

The children played along, sort of, but mostly they wanted to talk literature. One girl was also a botanist. Another thought the Earth was very big. Dreama said, “That’s nice,” or read over them.

There were no twerking lessons. Our queen was not strung out or hung over. She simply had no idea how to relate to children. It was all over in 20 minutes.

When asked if they had fun, the children said yes. Of course they did. Children find ways to have fun with sticks. It’s mom and dad who seemed to need the stage for their performative parenting. The adults congratulated themselves on supporting one of the longest-running regular DQSHs in the area and were asked to let the front desk know they wanted more. For the children.