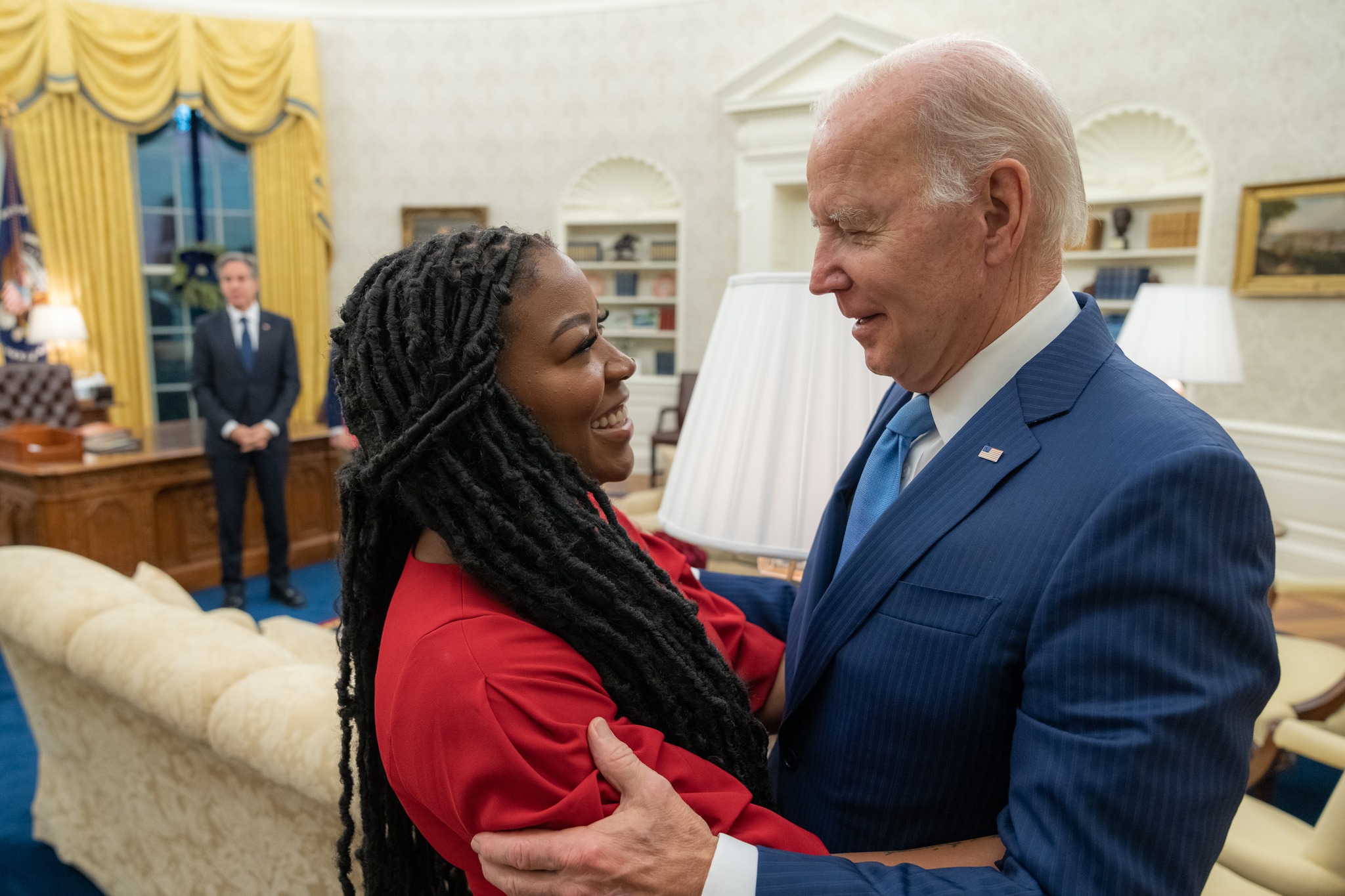 President Joe Biden has humiliated himself and his country on the global stage. He let the Russians spring from American confinement a Russian arms dealer known as the “Merchant of Death” who sells weapons to terrorists and our adversaries in exchange for a WNBA player who had been detained in Russia for illegally bringing drugs into the country.

As I said in my column last week, I congratulate Brittney Griner on her return to freedom. I wish her well. Sitting in a slammer in a Russian penal colony is nothing like sitting in a hotel room in Yekaterinburg smoking hashish (if you like that kind of thing). Brittney is now back home in a country she openly protests when the national anthem is played during her basketball games, to the cooing delight of liberals.

But as for Biden and his administration, the Kremlin played them like a fiddle, exchanging the vaping, doping, hoops player for the notorious Viktor Bout. The outrage is made worse given that the Biden administration left behind U.S. Marine Paul Whelan, among other Americans held in Russia.

In December 2018, Whelan was arrested by the Russian FSB, the successor organization to the KGB, the organization that groomed Vladimir Putin. The KGB, of course, was masterful in disinformation and manipulation. The FSB knew what to do with Whelan. In June 2020, he was convicted and sentenced to 16 years in prison under charges of “espionage.” From the outset, according to Whelan’s lawyers, the Russkies were intending to use Whelan as part of a prisoner swap to get back their buddy Viktor Bout.

Whelan’s family was hoping that their son would be part of the Griner-Bout deal, but the Russians aren’t stupid. They knew that Bout could be had for much less. They knew that Joe Biden and his administration badly wanted Griner, who is not only a WNBA star but also a star of “gay rights” and “civil rights” as a black woman “married” to another black woman. LGBTQIA+ activists in the United States couldn’t give a damn about Paul Whelan, who has been in prison much longer than Griner was. You can be sure that they didn’t even know of the Marine’s existence.

Paul Whelan is not a name, dear liberals, that your kiddies will hear at Drag Queen Story Hour.

Joe Biden and Kamala Harris and pals swapped Bout for Brittney not because of their loyalty to common sense and national security but to the LGBTQIA+ community in the United States. Biden is making a fool of himself on the international stage, but so long as the trans/Starbucks lobby is lapping it up, Joe Biden is all smiles.

And meanwhile, the Russians are laughing at us, literally.

In response to my column last week, I received an email from a colleague who had just discussed the Griner-Bout situation on Al Jazeera. His fellow panelist was a Russian military official. “[He] was just laughing at us,” said my colleague. “Literally laughing. He said this was all about Biden playing to his progressive base and I couldn’t disagree. It’s funny how Biden had built up a reputation in decades past for being a national security expert when everything he touches leads to failure. Afghanistan, Iran, Saudi, China, Russia/Ukraine, Colombia, Mexico, North Korea — not an auspicious record.”

Indeed, today old lunch-pail Joe from Scranton is busy auspiciously building up a reputation not as an erstwhile Cold Warrior to be respected on national security but as a rainbow warrior. It is very telling that a week after he gave up the Russian Merchant of Death — who immediately joined a Russian ultranationalist party as soon as he got home, and now will work with Putin to kill Ukrainians (even the New York Times is concerned) — a glowing Joe Biden illuminated the White House in rainbow colors as he signed the “Respect for Marriage Act.” In typical Orwellian doublespeak, like the outrageously named “Inflation Reduction Act,” the “Respect for Marriage Act” actually disrespects marriage, which the Catholic Biden’s Church has long defined as a sacred bond between one man and one woman. Biden is yet again disrespecting marriage.

The Russians certainly understand all of this. They know that these are Joe Biden’s priorities. And, to repeat, they are laughing at us.

As a case in point, click this video from a Russian television show that discusses the Griner-Bout swap. The Russians are openly chuckling at just how pathetic Joe Biden is. Here’s a transcript of the assessment by Margarita Simonyan, editor-in-chief of Russia’s RT:

Of course, I was very amused but not surprised that Bout was exchanged for Griner and not Whelan. First of all, I congratulate Bout and his entire family. For many years we have been in touch with his family and with him personally to the extent it was possible. We communicated with him to the extent that we could. Of course, this is a huge joy and relief for all of us. I can’t even imagine what this means to his family.

But he [Bout] was not exchanged for the heroic spy [Whelan], because he is a spy, Whelan is a spy…. He is a spy—therefore, to them [Americans], he is a hero. He is a hero, a decorated Marine covered in medals. [Whelan] only has one … no, two … no, three problems! His first problem is that he is white. His second problem is that he is a man. His third problem: he is a heterosexual. This is not something that can be forgiven [in America] today. It’s just a catastrophe. Yes, here Griner beats him in every aspect.

American voters were given a choice: a hero [Whelan] who suffered while serving his fatherland. A medal-covered hero who suffered during his service, to his fatherland, the United States, or a black lesbian, hooked on drugs, who suffered for a vape with hashish. And well known, for the sake of PR!

The first good news [for us Russians] is that Bout has returned, and the second good news is that a nation that spits on its heroes to the extent that it considers it significantly more important to free a rightfully charged well-known athlete. She didn’t suffer because she served her motherland, but because she couldn’t live for ten hours without hashish. Instead of freeing the person [Whelan] imprisoned for two years, for serving his motherland, this says a lot about the state of this [American] society, of these intelligence agencies and everything related to the geopolitical confrontation.

It does indeed say a lot about American society — about the America of Joe Biden and the Democratic Party.

To be sure, these Russian media commentators are Putin propagandists. They’re not people I care to side with. I quote them here because they illustrate that the Russians are indisputably, rightly, laughing at us. (Watch my discussion of this issue with Sebastian Gorka.) Those laughs are a sign of disrespect for American leadership and a signal of further exploitation to come.

In my previous column, I recalled what President John F. Kennedy told James “Scotty” Reston of the New York Times after he met with Nikita Khrushchev at the Vienna Summit following the disastrous Bay of Pigs fiasco. “It was the worst thing in the world,” said JFK. “He rolled right over me. Khrushchev thinks I’m weak.” He sure did. And Khrushchev soon showed his disregard for Kennedy by placing nuclear missiles in Cuba, thereby setting up that near “nuclear Armageddon” that Joe Biden recently warned the world about.

Putin and the Russians think Joe Biden is weak alright. More than that, they think he’s a joke.