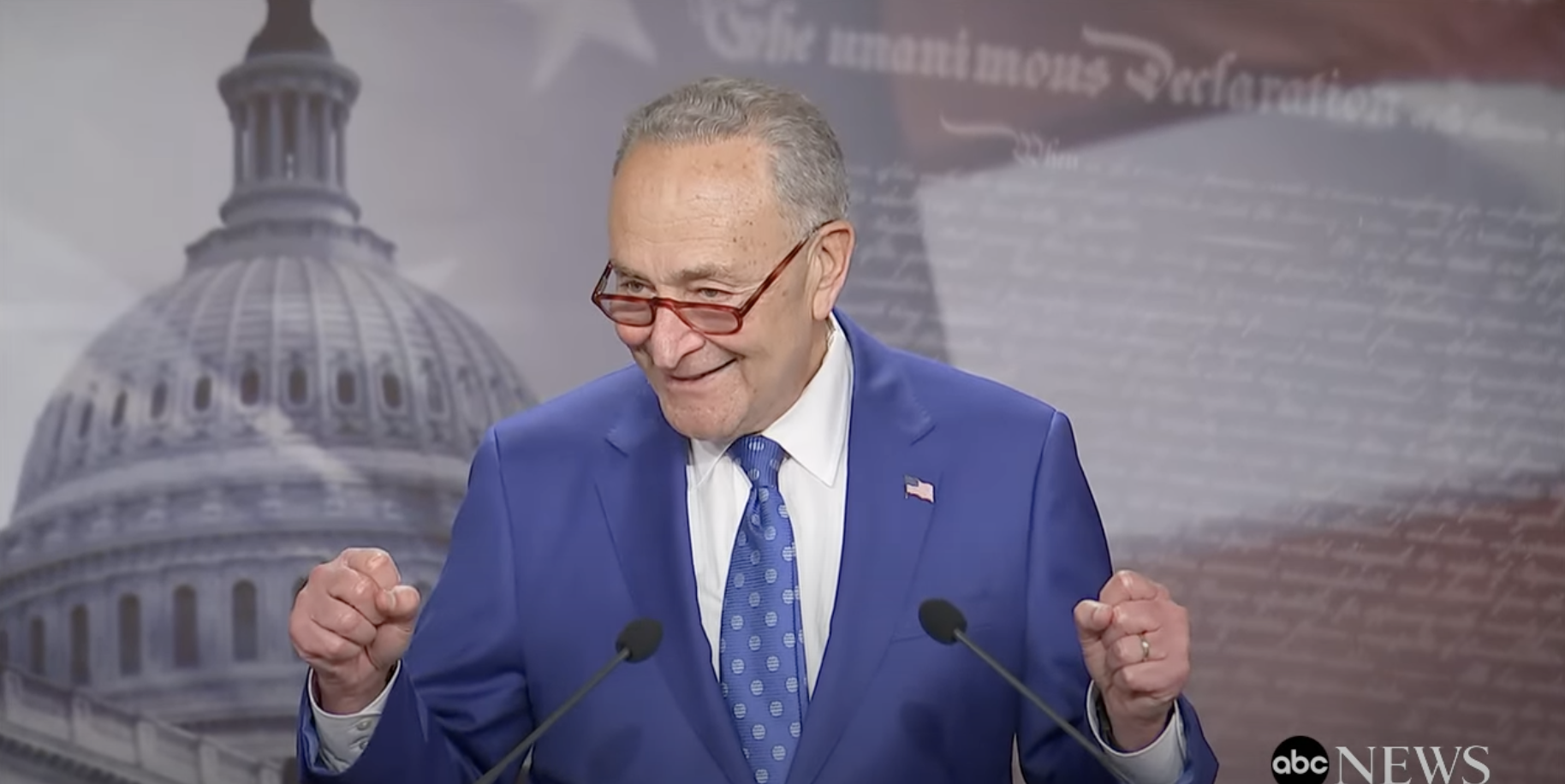 You know the old joke: How can you tell when a politician is lying? When his/her lips are moving. That extreme cynicism about politicians — especially Democrats — is reinforced by the recent passage of the so-called Inflation Reduction Act (IRA). In addition to being the most egregiously misnamed act in memory, the dishonest statements made by its supporters — who, by the way, are all Democrats — have been breathtaking in their brazenness.

Senate Majority Leader Chuck Schumer (D-N.Y.) proclaimed that the IRA will help every citizen in this country and make America a much better place. What grandiloquent baloney. The second clause — the assertion that this act will make our country a “better place” — is revealing: It encapsulates progressives’ prevailing ideological belief that America currently is not a good place and can be redeemed only by Democratic/progressive economic central planning. The first clause — the assertion that the IRA “will help every citizen” — is a blatant lie.

The truth is that the IRA will benefit some Americans at the expense of others. Like virtually all the warped legislative initiatives that progressives favor, the IRA obliterates the rule of law by carving out privileges for special interests. It replaces the “general welfare” role of the federal government as specified in the Preamble to our Constitution with corrupt cronyism.

The IRA will raise taxes on corporations in several ways while funneling several hundred billion dollars of subsidies (pork) to energy companies. In the gleeful words of the New York Times, “The bill’s climate provisions are mostly a collection of subsidies [to] solar, wind and nuclear power.” As for funding those subsidies by raising taxes on corporations, it seems that in their zeal to undo President Donald Trump’s corporate-tax reductions, proponents of the IRA are overlooking the fact that the benefits of those reductions were skewed in favor of workers, resulting in record levels of employment and income for blacks and Hispanics. Raising corporate taxes is likely to undo those gains.

Another example of the IRA’s preference for privileges over the rule of law is the act’s grant of billions for a partial bailout of the likewise inaptly named “Affordable” Care Act. To help fund that bailout, the IRA authorizes “Prescription Drug Pricing Reform” — a euphemism for hoped-for price controls on certain pharmaceutical products. Such price controls utterly fail to address the root cause of today’s high drug prices, namely, government involvement in the health-care marketplace.

More dishonesty about IRA came from Sen. Joe Manchin (D-W.Va.), whose crucial support for the bill provided the necessary vote for its passage. Several months ago, I lauded Manchin for refusing to support President Joe Biden’s ridiculously costly Build Back Better proposal. I thanked him for placing the welfare of the country ahead of a partisan agenda. I cannot say the same about him today. Manchin tweeted: “The Inflation Reduction Act is the product of years of bipartisan conversations about the most impactful ways to produce more energy domestically, bring down energy and healthcare costs and pay down our debt. The IRA achieves this without raising taxes.”

Wow, where to begin in addressing these Orwellian inversions of truth? For starters:

As for reducing energy costs, that’s poppycock. For several decades now, progressives in the federal government have chosen to persecute the companies producing the cheapest and most reliable forms of energy (i.e., fossil fuels) while subsidizing more expensive, less reliable forms of energy, primarily wind and solar. This has raised the cost of energy above what it otherwise would have been, and the IRA continues on the same economically perverse path.

That brings us back to Schumer’s assessment. How does making the cost of energy more expensive and supporting energy sources that place the electric grid at risk and result in brownouts and blackouts “help every citizen” and make America a “better place”? My gosh, 70 years ago, we never worried about brownouts and blackouts. Now, in states like liberal California and conservative Texas, residents have to worry about the lights going out as if Americans live in some third-world country.

Those are just some of the lies and distortions being woven around the IRA. Let’s now address the biggest whopper of them all: the absurd claim that the act will reduce inflation.

What happened is this simple: Democrats understand all too clearly that Americans are ticked off about inflation, and so they named a bill that has nothing to do with reducing inflation the Inflation Reduction Act. That is the reason for the ridiculous name. Such is the state of politics today.

The fact is that there should never be an act of Congress called an “Inflation Reduction Act” unless there comes a time when the Federal Reserve is abolished (ah, don’t we wish?) and the federal government resumes control of money and monetary policy. It would be more honest of Congress to label some of its bills “inflation-boosting acts” rather than “inflation-reducing acts.” The reality is that aggressive deficit spending results in the compliant Fed adopting inflationary monetary policies to accommodate the overspending. Those additional Federal Reserve Notes — if injected into the economy by federal spending and handouts to citizens rather than parked as excess bank reserves on bank ledgers — tend to push prices higher. The current inflation that is plaguing American consumers is the result of Uncle Sam putting more Federal Reserve Notes into circulation in the name of COVID relief.

Finally, a comment on the IRA’s huge financial appropriation for tens of thousands of additional IRS agents.

The IRS has long been Americans’ least-favorite federal agency. Nobody likes the feel of Big Brother looming over us as we strip our financial selves naked before this intimidating bureaucracy. Now, with a rogue FBI and Justice Department ordering armed agents to invade Trump’s Mar-a-Lago estate; with an attorney general who brands parents as “domestic terrorists” for objecting to the ideological indoctrination of their children; with the Environmental Protection Agency ominously announcing “flyovers” to monitor the oil fields in western Texas; with a president who, despite his oath to uphold the Constitution, arbitrarily decides which laws he won’t enforce (e.g., immigration laws); and with the adding of an army of IRS agents through the IRA (and initially stipulating that applicants be willing to use deadly force on the job), the United States seems more and more like an Orwellian dystopia than “the land of the free.”

The Inflation Reduction Act, far from being an anomaly, epitomizes the desire of Democrats to oversee and control our lives. What an abomination.