by George Neumayr
Then-Pope Benedict XVI in Barcelona in 2010 (Natursports/Shutterstock.com) 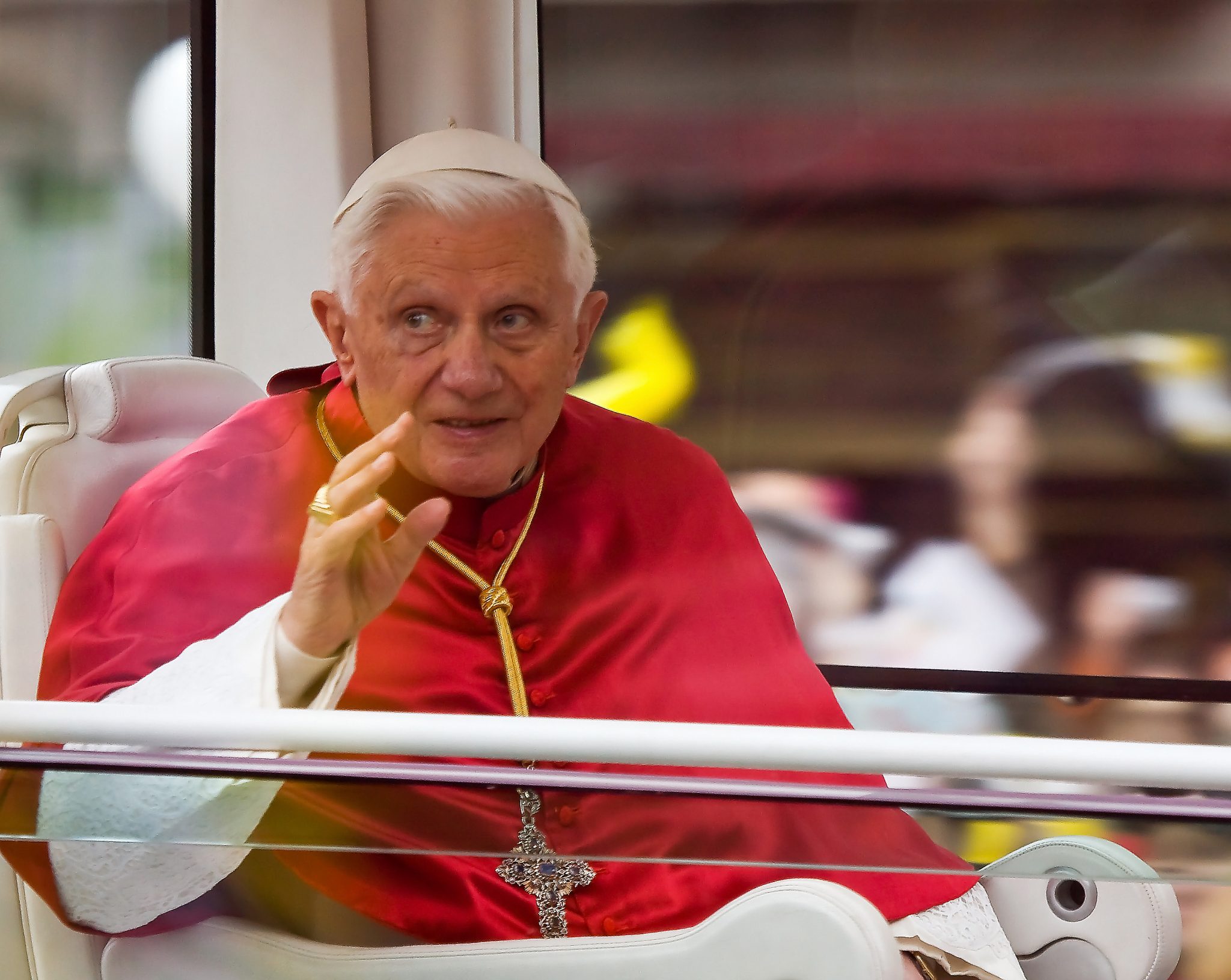 In one of his last speeches before abdicating in 2013, Pope Benedict XVI decried the liberalism that had seeped into the Church after Vatican II. To this liberalism, he traced “so many problems, so much misery, in reality: seminaries closed, convents closed, the liturgy was trivialized.” But he then proceeded to hand the Church to the very liberals responsible for these problems and to a successor set upon liberalizing the Church even more.

Not long after assuming power, Jorge Bergoglio took a veiled swipe at his predecessor. He told an interviewer that Vatican II had encouraged openness to “modern culture” but that “very little was done in that direction,” a shortcoming he promised to correct: “I have the humility and ambition to want to do something.”

To accelerate his liberal revolution in the Church, however, Pope Francis had to make sure that his predecessor was under control. He accomplished that by having Benedict live on the Vatican grounds — an arrangement designed to muzzle him that has amounted to turning Benedict into the prisoner of the Vatican.

The deviousness of keeping Benedict confined to Vatican grounds was seen again this last week after it came out that his secretary, no doubt acting on orders from above, put pressure on Benedict to remove his name from a book on clerical celibacy that he had co-authored with Cardinal Robert Sarah. The secretary, Archbishop Georg Gänswein, has served as a kind of jailor, shuttling back and forth between Benedict and Pope Francis. He is said to spend half the day with Benedict and the other half with Francis.

Cardinal Sarah has provided ample documentation proving that Benedict agreed to their co-authored text arguing against loosening the prohibition on married priests. But because media coverage of the book presented it as a polemic against Pope Francis’ upcoming plans to authorize married priests in the Amazon region of Latin America, Gänswein freaked out and bullied Benedict into taking his name off it. It is too bad that Sarah didn’t pull a Viganò and call Gänswein on his dishonest scheming. But out of docility to the pope, he has now gone along with this sham.

It is obvious that this fiasco foreshadows the pope’s authorization of married priests. Otherwise, why would the pope have worried about this co-authored text that merely recapitulates a position both Sarah and Benedict have taken for years? The upshot of the confusing back-and-forth about the book is that Benedict remains a prisoner of the Vatican while the new pope continues to wipe out Benedict’s semi-restorationist legacy.

It has to be said that the passivity of Benedict has made it easy for Gänswein and Pope Francis to control him — a problem that predates his abdication, as Archbishop Carlo Viganò has pointed out in a recent letter. According to Viganò, Gänswein has been manipulating Benedict all along.

“It is time to reveal the control that has been abusively and systematically exercised by Abp. Gänswein towards the Supreme Pontiff Benedict XVI, ever since the beginning of his pontificate,” Viganò writes. “Gänswein has habitually filtered information, assuming the right to judge for himself how much or how little to tell the Holy Father.”

In selecting Gänswein to serve as Benedict’s minder, Pope Francis chose shrewdly. Gänswein has been on the side of the bad guys from the beginning. All the Vatican PR about the two popes “being in continuity,” which Gänswein has been at pains to promote, is bogus. They are not and never were in real continuity. Recall the time the Vatican tried to get Benedict to praise a series of booklets on Pope Francis. The Vatican published a statement from Benedict that made it sound like he was enthusiastic about the series. But then it came out that he had criticized some of the authors of the booklets, because they were his old critics. Benedict was appalled that the Vatican chose contributors from a group of theologians who had formerly smeared him. Gänswein’s job is to nip such problems of miscommunication in the bud and make it seem as if the two popes are two peas in a pod.

Pope Francis and his minions are clearly exploiting the weakness of Benedict, too, as in this recent book controversy, where they quickly smacked him down for what they saw as a rebellion against the liberalizing spirit of the Amazon Synod. The prisoner of the Vatican had wandered away from this cell, as it were, and they didn’t like it. Panicky papal sycophants told the press last week that it was time for the Church to adopt “rules for ex-popes,” which would curtail their free speech. Never mind that this proposal was coming from the very theological liberals who demanded a right to dissent from Church teaching under the pontificate of Benedict XVI. They were forever going on about the “lack of free speech in the Church.” Now they favor suppressing the free speech of retired popes.

No one is more intolerant than a “tolerant liberal” who rises to the top of an institution and then immediately denies to others what he once claimed for himself. That is the phenomenon we are witnessing in the Church. Pope Francis and his followers rose to power on the “right to dissent” and now maintain power by denying that right to others.

If the conservative opposition had more Viganòs in it, Pope Francis’ revolution could be blocked. Unfortunately, the candor and courage of Viganò is in short supply within the episcopate. Someone like Sarah, who has been humiliated multiple times (Pope Francis in 2016 sacked 27 members from his department, the Congregation for Divine Worship and the Discipline of the Sacraments), is loath to rock the boat too much. Francis’ surrogates have no such bashfulness. They bided their time, conducting a long march to the papacy, and “now have the wind at our backs,” as German Cardinal Walter Kasper put it.

Benedict’s resignation paved the way for the very church he feared — one that would trade the teachings of the Church for the spirit of the age — and paved the way for the very pope who embodies that spirit. Francis personifies the “hermeneutic of politics” that Benedict said had corrupted the post–Vatican II Church. Francis is the kind of heterodox, highly political Jesuit Benedict used to censure when he served under Pope John Paul II as the head of the Congregation for the Doctrine of the Faith.

Benedict’s retirement has not been a happy one. He has watched much of the conservative progress from his papacy disappear and be replaced by heterodox flirtations of one kind or another. At the beginning of his pontificate, he had warned of a “dictatorship of relativism.” He now ends his life living as a kind of prisoner under a pope who embraces that relativism.