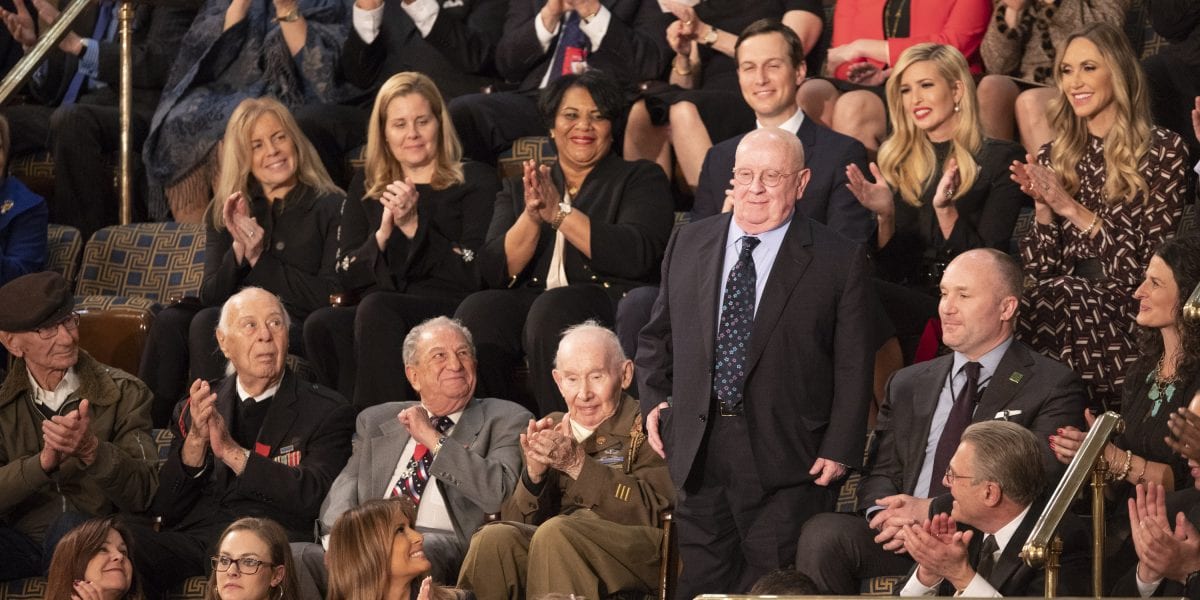 The State of the Union was a home run.

The libs at the networks struggled to get their arms around the speech. It was good. So good, that the President stole the thunder of the straight-jacket-clad women by noting their accomplishments. Smiling, wry, and generous, they couldn’t help but congratulate themselves with whoops and hollers. It was the most Democrats clapped all night.

That Go Gurl euphoria was eclipsed by their meanness. Little ray of sunshine Alexandria Ocassio-Cortez sat, sullen and pursed, through the congratulations to the ICE agent. The rest of the women sat stone-faced while the President discussed stopping late-term abortion, a policy ideal that has broad public support.

May the force be with them. The President has moved the range of discussion onto uncomfortable turf. Rand Paul should get credit for giving the media a big shove two years ago, when he blasted his interviewer about the radical, murderous position of the Left. President Trump set the topic in stark relief. It’s a welcome development. Part of the reason that the evils of abortion continue unabated is that even Republicans have had a difficult time articulating their opposition to something so vilely gruesome. The President has no such compunction and the country is more the good for it. It’s time to end the barbarity. History will not look kindly on the last two generations of slaughter.

Joe Manchin stood and clapped for the late-term abortion ban plan. Unlike the somber, white harpies behind him, Manchin looked happy and of good spirits. He’s the way forward for the Democrats. It won’t matter. I suspect that if eyeballs could shoot shards of glass, his back would have been riddled last night. Their loathing won’t change the fact that Joe Manchin, like Donald Trump, is a guy who is closer to the average American’s perspective. Less war. Less baby killing. More jobs. More America.

Politics always surprises me and I find myself surprised yet again by the nature of things. President Trump is an unlikely conservative and remarkably articulate about the ideas that staunch conservative Republicans couldn’t find the narrative for. He’s showing them the way.

Conversely, the Democrats have evolved to a place so extreme, angry, and rabid that I don’t know how they extricate themselves from the corner they’ve trapped themselves in. Snapping and frothing at the mouth is no way to attract broad swaths of the voting public. I didn’t think they’d go this direction. I thought they’d make more of an attempt to woo the middle class and be reawakened to the pain middle America has endured. The Trump presidency has caused the opposite. It’s jarring.

The President’s speech felt like a relief, finally, from the gloomy burden of the Obama years. America is effervescent, hopeful, aspirational, naive, brash, self-sacrificing, hard-working, and unapologetic, much like her President. And that’s a good thing.