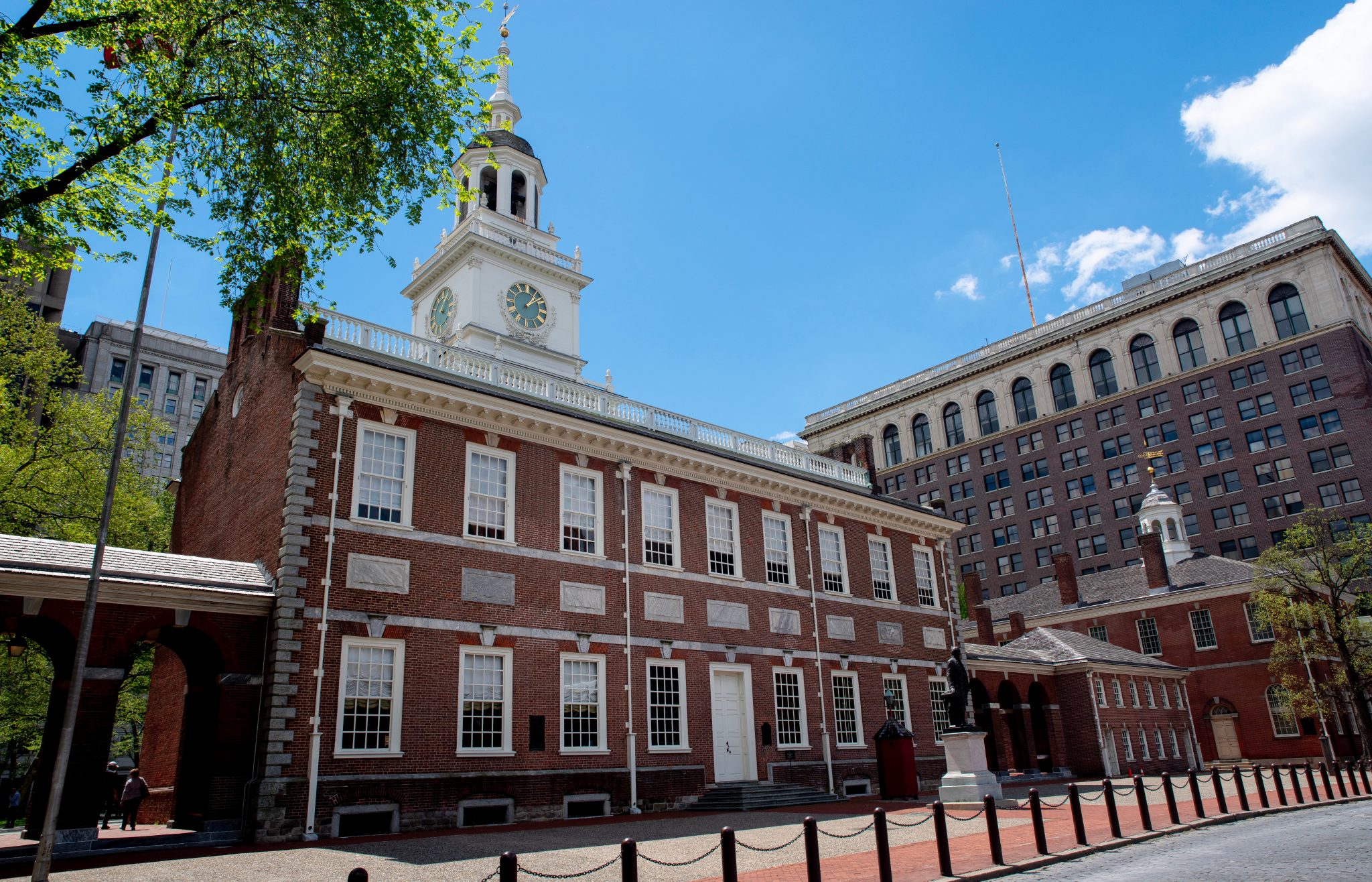 Conservatives are interested in conserving things. The past has meaning in the present.

Anti-conservative rhetoric often dismisses this interest by arguing that the past is merely a dead hand and it must be left behind.

The proper reply to such an argument is that the past is left behind without us making a choice. It is, however, within our ability to choose to remember the lessons of the past, to uphold the covenants we have made, and to preserve the institutions that have proven their worth in the past.

The learned Phillip Goggans in a recent article in The American Spectator properly drew our attention to Jefferson’s use of the past tense when he declared, “All men are created equal.” Equality in the present tense is a hard thing to find, and Jefferson therefore spoke of our human equality as having been in the past.

How this is in harmony with the idea of the social contract as developed by John Locke was clearly set out by Dr. Goggans. But this idea was found earlier as well in Thomas Hobbes, at least inasmuch as Hobbes sees people willing to give up their freedom in return for the protection offered them by powerful leaders such as monarchs. If there was not absolute equality at the beginning, as some were always stronger than others, politics for Hobbes has always been about purchasing security through relinquishing power and freedom.

As influential as thinkers like Hobbes and Locke were, especially among the elite, such as America’s Founders, there was a far more widespread idea of original equality that even the simplest were familiar with. As an anonymous verse went in late medieval England,

When Adam delved and Eve span,
who was then the gentleman?

Adam would dig the ground and Eve would sit at the spinning wheel. In other words, when the world began there were no classes or privileges, with the implication being that the present order was a corruption of God’s creation.

Genesis presents a world equal in its origins. As time and space are created, they continuously differentiate, and hierarchies of power emerge. But if we go back to the beginning, all alike depends on the source and root of being. All are called into being by the same speaker.

As the English rhymer understood, humankind in Genesis all emerges from a single human, and so all are equal by the axiom of identity. All human difference is preceded by that absolute equality.

So the question then is — is that equality simply trapped in the past, as a tautology — the past is past?

The English ruling class that put down the Wat Tyler rebellion, which took place at about the time the verse quoted above was popular, certainly believed that it was. The common folk who rallied to Tyler saw revolt as the remedy for their powerlessness, The ruling class, however saw in it only the demand for an absolute leveling of all distinctions or property, class, and power.

There have indeed been revolts that truly attempted to level all distinctions, and they have unleashed chaos and destruction, whether in medieval France and England, in Germany at the time of the Reformation, in France at the time of Robespierre, or in Russia at the time of Lenin. Those entrenched in wealth and power could often successfully use the specter of chaos to build the support necessary to crush the egalitarians. Tyler was killed, the French and German peasants brutally suppressed, and Cromwell kept a tight lid on the levelers in his own army.

But in modern times, egalitarian revolutionaries have often succeeded enough to make themselves into a new superior class with a more violent grip on power and a far crueler and more comprehensive suppression than ever dreamed of by a French king or a Russian tsar.

But beginning in the late 1500s, many political thinkers began to assert that there are more political choices to be made than the one between autocracy and communism. Though they knew their Aristotle and the imperial Roman law tradition, they looked to biblical and rabbinic texts for their authority. Especially in the Common Law tradition passed on through the consummate scholar and courageous parliamentarian John Selden, they embraced the idea of a living constitution that joins past to present and makes place for the future.

That early advocate of English constitutionalism, Sir John Fortescue, shows how this works. He consistently asserts that the king is subject to the law, deriving this from Hebrew Scripture, where the accountability of the king to divine law is a major theme. Fortescue was no revolutionary. He did not contemplate eliminating the monarchy or the nobility. But he taught as a matter of principle that all from king to commoner are equally accountable to divine law.

This core idea is developed and strengthened by Selden and others in the 17th century. They understand that there exists a constitution through which we keep faith with the commitments that made our lives and law possible and which we will in turn gift to our own posterity. Grotius and Selden assert that there is a core of divine law, the Noahide Laws, that are so universal in their content that they are necessary for all in all places. Add to this, says Selden, one more key universal idea: the principle of fide servanda — good faith must be preserved. We must honor commitments we make to others. On that ground, stable and thriving societies build their laws.

Here too is the theme of an initial equality — at the beginning, as Selden saw it with the Jewish law tradition, all were equally bound by the Noahide Laws. But inasmuch as those laws mandate every society to develop courts and law, this initial equality takes into itself all difference that will develop in all the various nations as they build their laws on this mandate that imparts that freedom to each.

In the constitution, which for Selden as for Britain today was unwritten, equality is very much a present-day concern, though in a very focused way — all are equally protected in their liberties by the law itself and all are equally accountable to the law. That some are specially empowered by the constitution is a matter of ongoing agreement. As well, and more importantly, their powers are limited by the constitution. This latter point is the main point and the chief good of a constitution — a constitutional government has only limited powers. Full sovereignty is reserved for the source of authority. In the American Constitution, that is specified in the preamble as “We, the People.” But ultimately that is only so, as the Declaration makes clear, because the ultimate source of authority, “Nature and Nature’s God,” that Source has devolved the unalienable political rights on all, equally.

In the Declaration, the principle of equality is invoked for a very specific purpose — to establish that all governments derive their legitimacy by preserving the unalienable rights common to all, most particularly, the rights to life, liberty, and property. Certainly, people are unequal in their enjoyments of life, of liberty, and especially of property. But the Declaration’s main point is not about how people have actualized their lives, but about the accountability of all equally to the law of Nature and Nature’s God, who directly endows all with certain rights. The Declaration makes no exceptions or qualifications — these rights come to all and come directly from the source of law and the world, and all governments equally are legitimate only insofar as they acknowledge this.

So the starting point of the past is invoked as a principle in the present. It is the foundation of our independence and the source of our legitimacy. The sovereign of nature has devolved rights upon us, and as long as the laws we make continue to be faithful to that ongoing constitution that stretches back to the beginning, they will be legitimate. However much we the people choose to endow specific and unequal powers to our executives, our legislators, and our judges, all alike are empowered equally by the Constitution and “we, the people,” whose unified power it delegates. And we the people are in turn accountable to the One who continues to devolve rights and powers upon us.