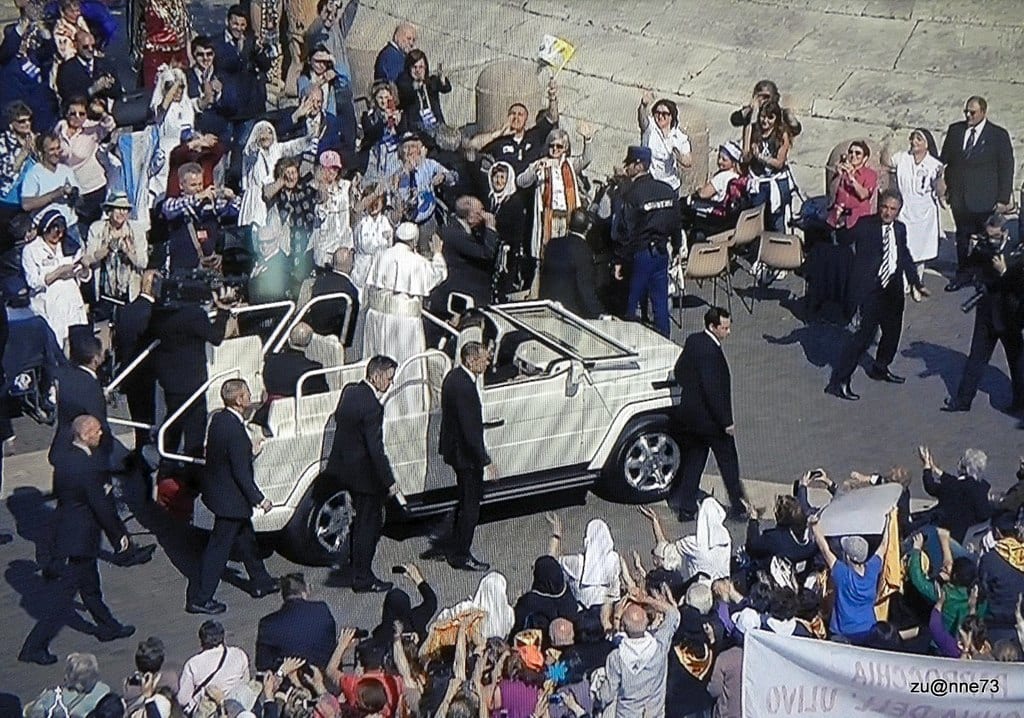 Pope Francis lectured the American bishops this week on their “crisis of credibility” even as his own reputation took another hit in the wake of revelations about one of his protégés. It turns out that another McCarrick-like predator has been nesting at the Vatican under the patronage of this famously permissive pope. “Pope Francis’ Argentinean Protégé Accused of Sex Abuse,” reported the Daily Beast.

The accused bishop is Gustavo Óscar Zanchetta, a crony of Pope Francis’s from his days as archbishop of Buenos Aires. According to the story, Zanchetta, who has been accused of preying upon priests and seminarians, has long benefited from his friendship with the pope, first in Argentina, where Bergoglio orchestrated his elevation to a top-ranking position within the Argentinean Bishops Conference and then “made his fellow countryman a bishop right after becoming pope in 2013.” Zanchetta didn’t last long in that post, resigning in 2017 under a mysterious cloud of priestly complaints and claims of poor “health.” He scurried out of Argentina without even saying a “farewell mass,” according to the story, only to turn up shortly thereafter on “Pope Francis’ doorstep in Rome,” where Zanchetta was quickly thrown a new papal plum:

By December, Francis had created a position for Zanchetta in the Administration of the Patrimony of the Apostolic See, known as APSA, according to the Vatican’s own press statements from the time. The office oversees more than 5,000 lavish properties under the Vatican’s Secretariat of the Economy, run by George Pell, now on a leave of absence to fight historical sex-abuse charges in his home country of Australia.

Meanwhile, back in the Argentinean diocese Zanchetta had ditched, outraged priests and parishioners stewed over his scandals:

There was speculation by El Tribuno newspaper in Salta, Argentina, that he had a drug problem after he allegedly refused to allow police to search his vehicle during a routine traffic stop, citing his role as a high-ranking bishop as the reason he did not have to succumb to the search.

Then rumors started to swirl that Zanchetta had paid off three whistle-blowing priests who had apparently reported him to the local papal nuncio, or Vatican representative, in Argentina.

If true, it would have meant that the nuncio would have alerted members of the Roman Curia in Rome. Then one of two things would have happened. As an Argentinean that Francis made a bishop, the pope was either informed of the trouble on his home turf, or protected from it.

It was only after authorities in Argentina opened up a probe into Zanchetta’s misconduct and media coverage mounted that the pope finally cut him loose this week. The Vatican is once again playing dumb, claiming it knew nothing of the allegations against Zanchetta at the time of his new appointment. But who believes that? This is a pontificate that turned a predator known to Francis, Theodore McCarrick, into a papal envoy and dispatched him to the ends of the earth.

The pope’s plum-throwing to perverts is simply a habit he can’t break, not even at the most intense moment of the abuse scandal. A couple of weeks ago the pope vowed that the Church would “never’ conceal predators again. At that very moment, Zanchetta was working down the hall, overseeing the real estate holdings of the Church, even though one of the reasons for his disappearance from his diocese was that he had misused Church funds in furtherance of his misconduct.

What a debacle, but an entirely predictable one, given this pope’s penchant for permissiveness. Had the cardinals shown even a modicum of interest in his governance of the Buenos Aires archdiocese before electing him, they would have known of his enormous laxity — his practice of surrounding himself with deviants, promoting them to positions of power and influence, and then visiting some of them in exile after their shocking lapses became too well known. Pope Francis biographer Paul Vallely has written approvingly of that latter practice, noting Bergoglio’s visits to Jeronimo Jose Podesta, a bishop booted from the Church during Bergoglio’s time in Argentina: “Bergoglio visited the ostracized bishop on his deathbed and gave him the last rites. He then ensured that the man’s widow, Clelia Luro, and her children were provided for — even though she was a feminist as radical as was imaginable on the Catholic spectrum, who used to celebrate mass with her husband.”

A pope, whose signature line is “Who am I to judge?,” was embarrassingly ill-equipped to handle a burgeoning abuse scandal. Prelates in the mold of McCarrick and Zanchetta saw his musings on “mercy” as a green light to pedal back to power, which Pope Francis was only too happy to hasten. He appears to have regarded their predation as a mere peccadillo, if even that. Recall his creepy joshing with McCarrick, to whom he joked that the “bad ones, never die” and that his advanced age was due to the Devil not having McCarrick’s “accommodations ready” yet.

All of this makes his letter to the U.S. bishops this week even more suspicious. The letter is clotted with rationalizing jargon and odd rebukes, to the point where it is obvious that he is not asking for any real action on the abuse scandal but continued passivity. As usual, he implies that the few bishops who care are the villains — “finger-pointing” agents of “dispersion and division,” as if faked-up collegial unity is a greater priority than robust truth-telling in the midst of a scandal on this scale. The letter is notable only for its windiness and emptiness. It of course contains no acknowledgment of the root cause of the crisis — decades of homosexual infiltration at the highest levels of the Church and throughout the priesthood — and much blather about the “cure being worse than the disease,” which is nothing more than a plea for business as usual. He goes on and on about “paradigmatic” shifts and so forth but never mentions the most obvious solutions to ending predation and restoring credibility to the Church — such as, stop promoting predators at the Vatican.