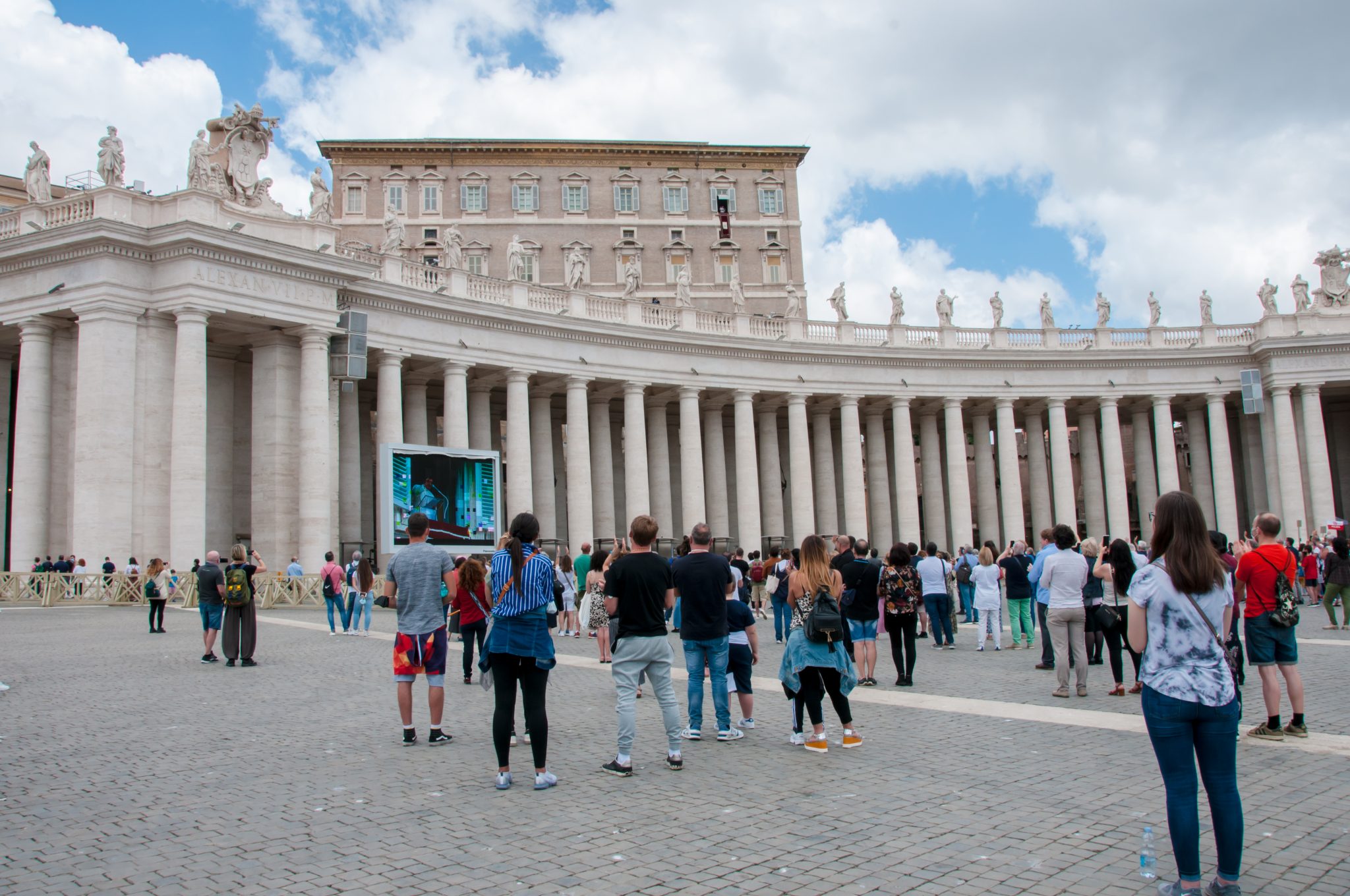 The pope’s silence shouldn’t surprise anyone. The culture war makes him distinctly uncomfortable.

“Pope Francis, who has been known to take liberal views on social issues, has been noticeably silent on the issue,” reports the Financial Times. John L. Allen Jr. of Crux reports that people around Francis have even sent signals of support for elements of the bill:

the newspaper of the Italian bishops, Avvenire, has written that the bill shouldn’t just be dismissed as “LGBT propaganda,” and Jesuit Father Antonio Spadaro, a figure very close to Pope Francis, tweeted on June 15 — five days after the bishops said there’s no need for a new law — that “it’s necessary to support norms that have the sense of defending vulnerable persons,” while adding that such measures should also “not be offensive to legitimate ideas.”

Allen continues that the pope’s silence is fostering confusion:

To date Francis has stayed on the sidelines, avoiding even indirect commentary on the draft law. In effect, that’s created a situation in which both supporters and opponents cite the pope, supporters often pointing to “Who am I to judge?” while opponents appeal to the pope’s criticism of “gender theory” and his insistence that marriage is a bond between a man and a woman.

A parliamentary vote could come as early as July 27, which means the welter of competing claims about where the pope stands may grow louder, generating pressure to either take a position or explain why he’s sitting it out.

The pope’s silence shouldn’t surprise anyone. The culture war makes him distinctly uncomfortable. That people would have to guess at the pope’s stance is itself a sign of dysfunction in the Church.

In 2016, as Mexico debated gay marriage, Pope Francis’s nuncio, Franco Coppola, announced that he “had no pope’s order in the matter” and that “I could answer with the doctrine of the Church but that is not the answer I must give as a shepherd.” Such is the resolve of the Church under Francis.

Archbishop Carlo Viganò, who gave another interview this last week, has an explanation for the pope’s unwillingness to defend Church teaching on homosexuality: he and his aides simply don’t believe in it. Viganò says,

For Bergoglio and his entourage, sodomy is not a sin that cries out for vengeance in the presence of God, as the Catechism teaches. Bergoglio’s words on this topic — and even more the actions and words of those who surround him — unfortunately confirm that an operation of legitimization of homosexuality is currently underway, and that prelates and theologians are carrying this discussion forward who have manifested without equivocation that they are unfaithful to Catholic teaching.

Cardinal Tobin himself – whose embarrassing messages on his cell phone speak for themselves — has clearly stated that he does not agree with the condemnation of sodomy present in the Catechism, refusing to define homosexual acts as “intrinsically disordered.” And these statements follow Cardinal Tobin’s support for the book Building a Bridge by Father James Martin, S.J., that has the same content. Thus we find a cardinal who is a friend of McCarrick lined up in favor of the LGBT movements and the Jesuit whom Bergoglio appointed as a Consultor of the Secretariat for Communications of the Holy See, even inviting him to speak at the World Encounter of Families in Dublin in 2018 and receiving him in audience.

In the culture war, the world faces not the Church militant but the Church muddled. Pope Francis is the permissive pope for whom the sending of mixed signals is his hallmark. He often makes it sound as if Church teaching should be put up for a vote. He once said, “To find what the Lord asks of his Church today, we must lend an ear to the debates of our time and perceive the ‘fragrance’ of the men of this age.”

What fragrance? Wafting into the windows the pope has flung open is not fragrance but sulfur, suffocating the Church to the point where it refuses to fight even the most obvious battles in the culture war.