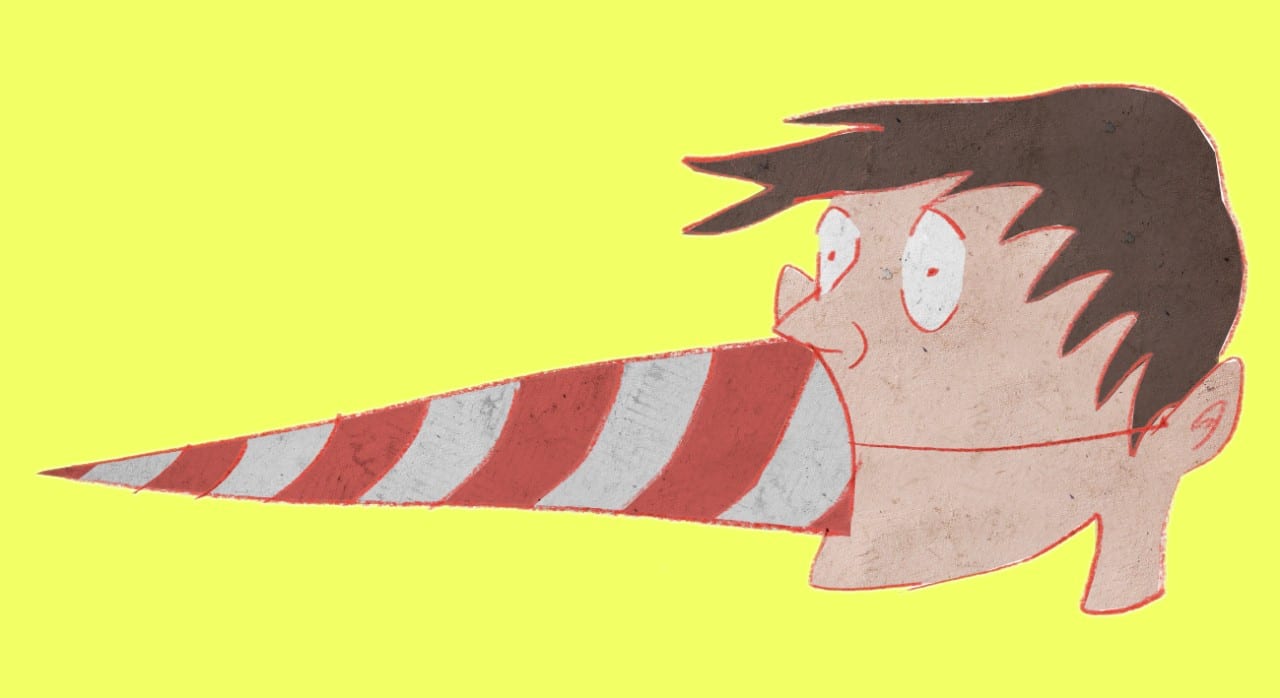 Adorable Jerrold Nadler tried to take off his mask on camera the other day, and the New York fire department almost had to intervene to free him from the messy tangle of his glasses, the mask cord, his nose, and the rest of his head. Since he survived the ordeal, I thought that putting his name to these recommendations for the correct use of masks would be a nice tribute to the Democrat’s escapism prowess. Not surprisingly, he has shown more skill than Obama has electing vice presidents.

I recommend following Nadler’s instructions. I did it with his video “How to build N95 masks like a good Democrat,” and I ended up with three fantastic slingshots.

Masks have been giving us trouble for about 500 years. In 1528, Castiglione wrote recommendations for their use in The Book of the Courtier. It was a time when people danced with masks covering their faces. Later, inside 20th-century nightclubs, young people started to use them to cover their brains. And finally, in 2020, politicians have decided to cover their mouths with them, and that’s not bad news. Angela Grassi, in her wonderful Manual of Civility from 1862 (socialist educators would have a heart attack if they read it today), warned us about “people of neglected education who believe that the mask allows them to present themselves poorly dressed.” Grassi is very severe on this point, because you start off by dressing poorly and end up spreading “gossip that can have dreadful consequences.” That’s how Dan Brown started. But nobody has managed to beat Lord Chesterfield’s epistolary admonition, written to his son on the subject of his imminent entry into Parisian society in the 18th century: “Wash your ears well every morning and when necessary blow your nose on the scarf, but without looking inside it afterwards.” Lord Chesterfield would never have got himself tangled up in a mask. I have relied on his elegance to develop the Nadler Method.

Let’s see. The mask wearer must not have a too-long nose. On average, it should never be longer than any other hanging member, in the case of men, and the square root of the chin, in the case of women. If your nose is too big, with a mask, you will look like Cyrano de Bergerac, and that can only be fixed with a duel to the death with your plastic surgeon. Nevertheless, if your nose is unusually large, my advice is to make a small hole for it in the mask. Then put another small mask on the tip of your nose. This will avoid others taking advantage of the protrusion to hang bags on it or hold on to it to steady themselves while riding the bus.

The combination of spectacles and mask is certainly a diabolical one. The Nadler Method strongly discourages it. They fog up, get caught, and attract viruses, delivering them straight into your eyes. If you wear glasses, consider ordering an astronaut’s diving suit with a bifocal helmet. NASA sells them cheap, I think about $22 million each; if you don’t have the money you can try selling them your liver. They always need to beat China and be the first to send new things into space, and I’m sure the Chinese have never sent a lone human liver into space. Why, if they can eat it?

On another note, never give a kiss whilst wearing a mask. Remember what Grassi said two centuries ago: “It is always the ladies’ job to authorize the gentlemen’s greeting with a glance.” The new rules of etiquette, invented by the NFL, recommend a kick in the shin, or a quick elbow blow to the opposing elbow. I did it yesterday in the street with a beautiful ex-girlfriend — I’m pretty sure she authorized me with her glance — what a success! Now I’m looking through the window as she sets fire to my car. An attempt to disinfect it? I don’t know.

Speaking of fire, be very careful with tobacco, especially when lighting a cigarette with a mask on. These days tobacco kills more people from fourth-degree burns than from lung cancer.

And, please — Lord Chesterfield was right — take care of your ears. All right, you’ve bought some lovely masks, but if they’re the kind that cling to your ears, before you put them on, measure the tension of the cords. If the pressure they exert on your ear is greater than the pressure in the front tires of your car, take your mask to the workshop immediately. If someone with a coronavirus approaches you in the meantime, put a tire in your mouth.

In restaurants it is mandatory to wear a mask. Never take it off to eat. It’s time you learned to eat through your ear. It takes time. Start with something small, I don’t know, try with a croquette. I’ve been doing it for weeks with the Jerrold Nadler YouTube tutorial, and yesterday I reached a new milestone by gobbling up a Big Mac through my left ear, to the amazement of the whole restaurant. Maybe it’s the first step in my presidential race.

If you feel an uncontrollable urge to remove your mask, the Nadler Method is clear: do it with chopsticks so as not to touch it. If you make a mess, take the opportunity to knit some spare underwear. I’m sure you’ve always wanted a pair of N100 filters to show off at the gym. You could sell the prototype to Aerie.

And finally, forget about making your own mask. I know the little nuns in my village do that. But the nuns in my village also make the best chocolate cake in the world, and the only time I tried to copy their recipe my guests said they would rather eat the cat. If you insist on trying, however, I recommend following Nadler’s instructions. I did it with his video “How to build N95 masks like a good Democrat,” and I ended up with three fantastic slingshots. So at home we now defend ourselves from the coronavirus by launching chickpeas at it. It may not be a method approved by the health authorities, but after last night’s chickpea bombing, I’m pretty convinced I got the viruses running for cover.

Itxu Díaz is a Spanish journalist, political satirist and author. He has written nine books on topics as diverse as politics, music or smart appliances. He is a contributor to the Daily Beast, the Daily Caller, National Review, the American Conservative, the Federalist, and Diario Las Américas in the United States, and columnist for several Spanish magazines and newspapers. He was also an advisor to the Ministry for Education, Culture and Sports in Spain. Follow him on Twitter at @itxudiaz or visit his website www.itxudiaz.com.