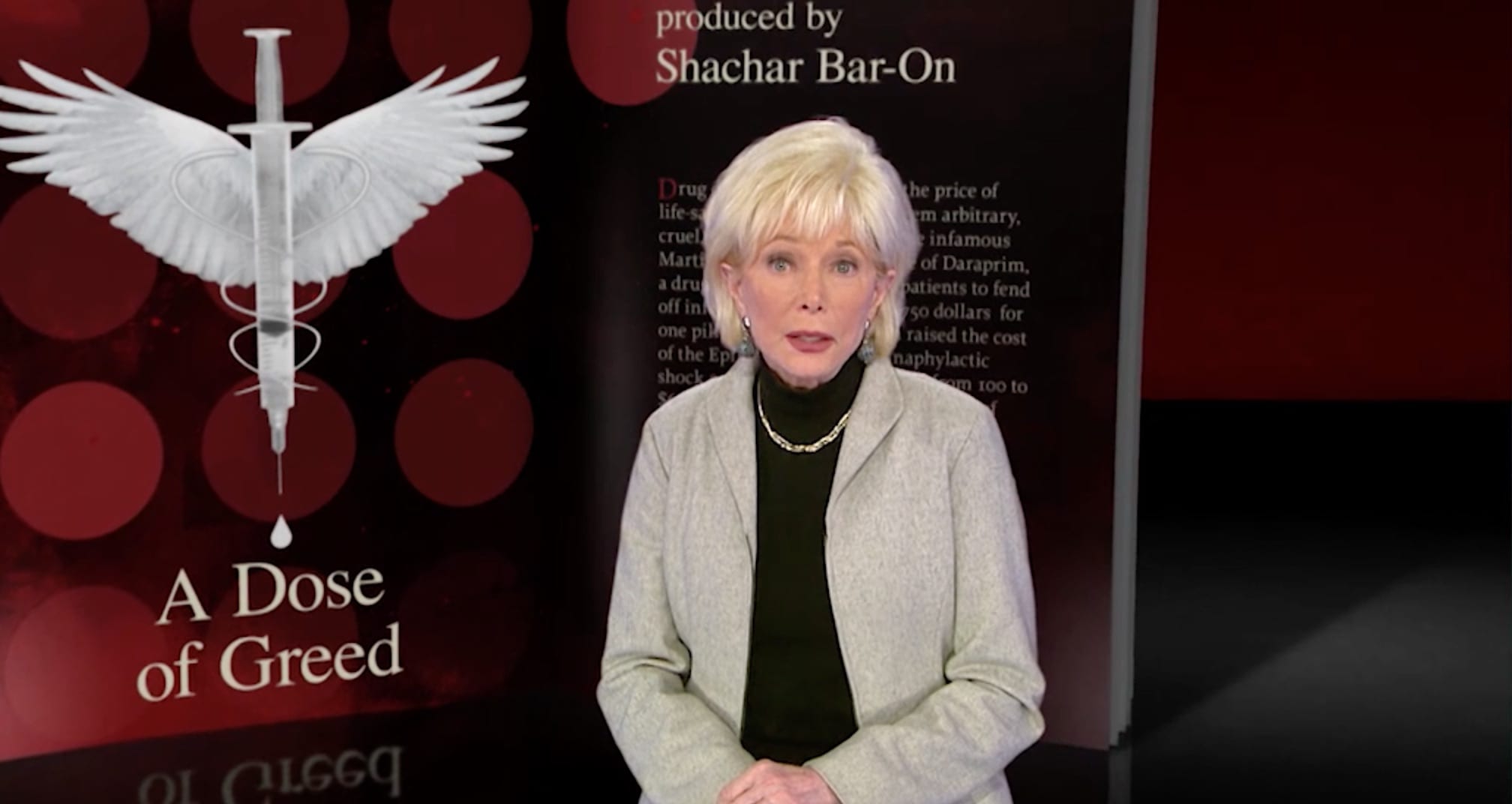 60 Minutes demonstrated the primary ailment of American healthcare on Sunday.

“The actual drug naloxone can cost as little as a nickel a dose, according to industry insiders,” Lesley Stahl remarks about the drug that brings the opioid dead back to life. “But Evzio costs a lot more: its price tag is over $4,000.”

Nobody would ever pay $4,000 for a drug that costs less than one-ten thousandth of that. As a result, everybody does.

“It raises the overall health care cost for everybody,” one former Kaleo employee, face shaded, tells 60 Minutes. “You and I, paying our premiums, are the ones paying for it.”

Another anonymous former employer takes issue, in part, with his former colleague: “If you think the insurance company is going to be (laughs) stuck with this bill in the long run — no!”

Who paid? You did.

“As part of its new distribution model, the company’s sales force focused on ensuring doctor offices signed any necessary paperwork (called prior authorizations) for the EVZIO prescription to be filled and covered,” a staff report released Monday by the U.S. Senate Permanent Subcommittee on Investigations explained. “This included paperwork indicating that EVZIO was medically necessary, which ensured the drug would be covered by government programs like Medicare and Medicaid for the Wholesale Acquisition Cost, less any patient copays, despite the fact that less costly alternatives exist.”

Medicare, according to the U.S. Senate’s “Combatting the Opioid Crisis: The Price Increase of an Opioid Overdose Reversal Drug and the Cost to the U.S. Health Care System,” has paid $142 million for Evzio since 2014.

“EVZIO is an auto-injector device that provides verbal instructions that talk the user through using EVZIO on an overdose victim,” the report explains. “EVZIO went to market in July 2014 at $575 per unit, which includes two auto-injectors and a training device. Since its introduction, kaléo has increased EVZIO’s price to $750 in November of 2015; $3,750 in February of 2016; and finally to its current cost of $4,100 in January 2017 for an increased dosage of naloxone. Narcan is available at a cost of $125, which also includes two doses.”

Easily gamed systems make for easily overthrown systems — one might think. But so many make so much easy money. They do not want change. They want dollar bills.

Our dysfunctional system combines the greed of capitalism with the corruption of socialism — the worst of both worlds. Companies raise prices to what the market will bear. But since third-party payers — both public money and private insurance — grotesquely distort the market, companies charge exorbitant prices that a natural, normal market would never abide. In a natural market, where individuals chose, nobody ever opts to pay $4,000 for a drug when a competitor charges $125 for the same drug. But in this distorted market, where groups — insurance and government bureaucracies — make the choices, such waste happens regularly. In our The Twilight Zone, the company does not go out of business but the country, slowly, does.

The buck stops nowhere when no one takes responsibility.

The result? Americans paying more than $10,000 per person on healthcare — about 18 percent of gross domestic product — with that portion set to hit 20 percent by the middle of the coming decade. One, two, many Evzios drive up price. If you paid the bill directly, you might complain. But lost in a bureaucratic morass, those bills do not raise alarms — at least not until many capitalists, whose sole skill entrepreneurial skill appears as the ability to capitalize on the folly of socialism, become millionaires in a reverse wealth-distribution scheme.

The television exposé, as much a story of private greed as public malfeasance, illustrates just why Americans dislike their healthcare system.

In poll after poll during the recent elections, voters identified healthcare as the most important issue. In CNN’s exit poll, 41 percent of voters named healthcare as the issue of paramount importance. Immigration, the economy, and guns lagged far behind. No other issue came within fifteen points.

Democrats and Republicans agree that healthcare requires major surgery and not a band-aid. Sixty-nine percent of respondents said they believe the healthcare system requires “major changes.” A much larger percentage of Kaleo executives surely disagree.

One such change that would prevent future Evzios from bilking the taxpayer involves mandatory copays. Such a rule, especially arriving without explanation, might initially prove unpopular. But consumers paying at the point of sale makes it more difficult for companies to gorge policy holders through higher premiums or taxpayers through higher Medicare costs.