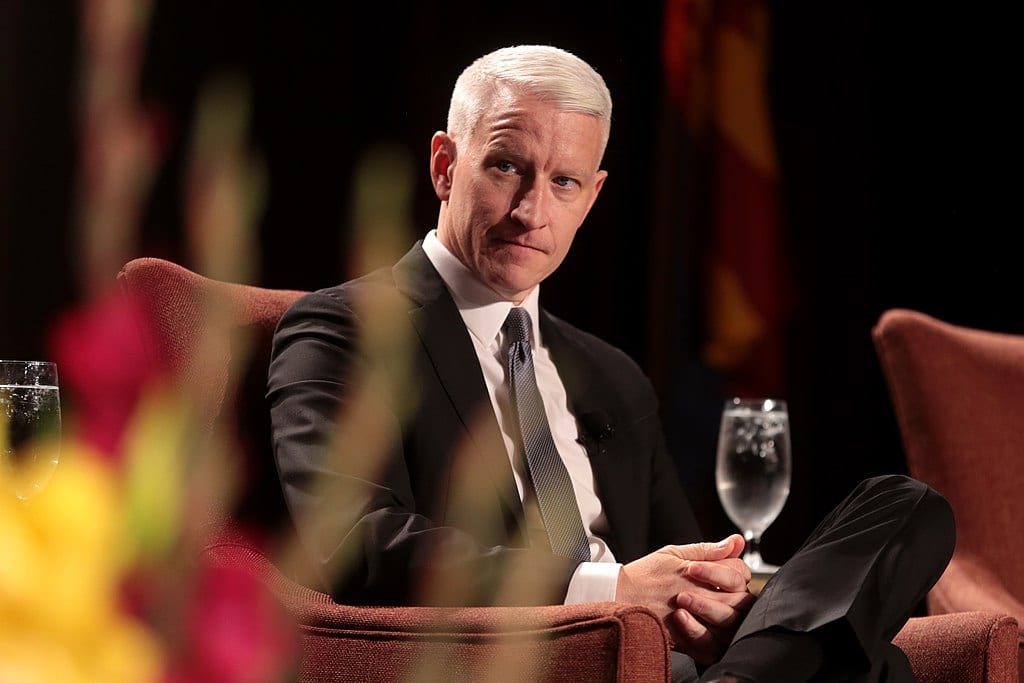 If you want to know where media bias resides, simply look at who the media isn’t questioning.

The most recent row between CNN’s Jim Acosta and President Donald Trump reinforced this observation. On the heels of the Trump Administration’s decision to revoke the press pass for Jim Acosta (which a D.C. judge has since ordered the White House to reinstate), the “mainstream” media backed Acosta in decrying the purported assault on America’s hallowed First Amendment.

Piggybacking on the mainstream media’s argument, the New York Times’ “True Conservative™,” Bret Stephens, shared his fear that the United States will resemble autocratic Turkey in five years on a recent episode of HBO’s Real Time With Bill Maher.

Not to be outdone, Anderson Cooper and all of his “hard news” reporting friends galvanized to “defend” the media’s purported independence.

But the mainstream media is far from independent.

Set aside their political allegiance (which is overwhelmingly to the Democratic Party). It goes beyond partisan politics. Six multinational corporations control 90 percent of the media in the United States (and, specifically, 15 billionaires own America’s news companies). Yes, most people who enroll in J-School (that’s “Journalism School,” for you rubes in flyover country) are Liberals. And, virtually all major journalism schools in the country are transmission belts of unadulterated Leftism.

Still, there’s something more to the bias.

The fact that six multinational corporations own the majority of major news outlets indicates that there is an editorial bias toward protecting the interests of many of these firms. There are always examples that run counter to this claim — but those instances are the exception that proves the rule. Frankly, if there was nothing to be gained by owning these news organizations, most billionaires and their international conglomerates would not purchase them. The point of owning such respected news entities is to disseminate a globalist worldview (no, that is not a racist dog-whistle), in order to prevent resistance on the part of consumers and voters alike to the agendas of the major corporations.

It’s not some kooky conspiracy to make us all food for some invading force of alien reptiles (sorry, David Icke). It’s also likely not merely to perpetuate the political beliefs of those billionaires and mega-corporate managers who own the news media. On paper, corporate leaders would say their goal is to perpetuate international integration through trade, multilateral institutions, and worldwide communication.

Unfortunately, it’s baser than that: the agenda is about simple greed — and fear; a fear of losing one’s elite status in society; a worry that, after having made it to such financial heights, it could all be taken away by angry farmers holding pitchforks. At the end of the day, no matter how the postmodern elites will dress it up, their objective is an understandable desire to play Keep-Away from their perceived enemies in the lower classes (even though I suspect that this is a largely unfounded fear).

Over the years, both political parties — like the major news outlets — had been gobbled up by major corporate interests. As time progressed, there was little discerning elected Republicans from elected Democrats. For all of the partisan rancor in the press, whichever party was in power, the major corporations benefited; globalization was perpetuated under both Republican and Democratic leaders. The more of the media the corporations and billionaires purchased, the more the media carried big business’ water.

Nearly every news organization is opposed to Donald Trump’s presidency. More importantly, most billionaires despise Trump. What’s more, they are antipathetic toward the average Trump voter (who, according to their media, are all uneducated, middle-aged, white racists). Every resource has been brought to bear against Trump in an endless echo-chamber reinforcing their false narrative against Trump and encouraging greater levels of #Resistance. Meanwhile, the “independent” media all but ignores actual, grievous violations made by Trump’s Democratic opponents.

It’s not just DNC crimes the “mainstream” media refuses to cover. Look at how the media has ignored the sexual abuse scandal of the Catholic Church now that a noted Leftist is reigning as pope. My colleague George Neumayr has led the fight to expose the corruption in the church with little backup from the deep-pocket mainstream media.

Make no mistake, Trump (and his voters) are a threat to the global moneyed interests. Trumpism risks upending a system (loosely referred to as the “postwar order”) that has been assiduously built by a small percentage of global elites — in order to enrich themselves — while everyone else becomes wage slaves.

The next time you hear CNN kvetching about the loss of their “independence,” remember they were bought out long ago — by interests that have no accountability to the people.