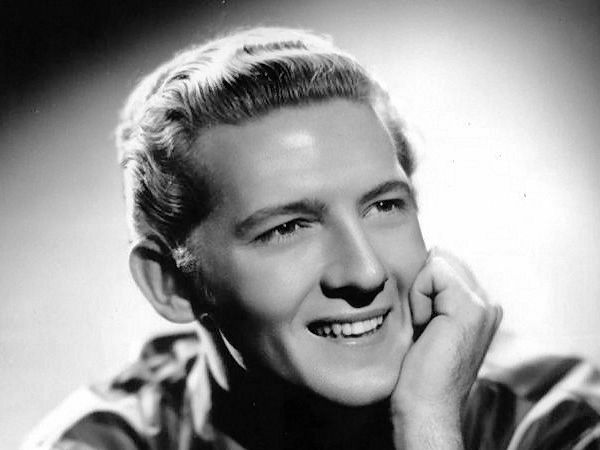 It can be said of the remarkable gumbo of New Orleans that not only is there no other city in America like it, there’s no other city in America even remotely like it. Something of the same can be justly said of singer, songwriter, and piano player Jerry Lee Lewis, a talented and uber-energetic musical wild man who died at his home near Memphis Friday at the age of 87. I certainly can’t think of anyone remotely like him. May he rest in peace, as his earthly journey was anything but peaceful. Jerry Lee and his audiences wouldn’t have had it any other way, though his many wives almost certainly would have.

The Age of Miracles must not be over. It’s clearly a miracle that The Killa — Jerry Lee’s nickname from childhood — managed to live 87 years considering the way he lived, which included the usual battles with booze and various party favors not unknown among musical performers in the less sedate genres. He was married seven times, including once to his 13-year-old cousin, which almost brought Jerry Lee’s career to an end in 1958 when it became known. At least three of his wives sued for divorce, alleging it was a real killer to be married to The Killa. As his finances were as chaotic as his marital life, he wound up owing hundreds of thousands to the IRS after raking in millions.

But it’s Jerry Lee’s music and playing style for which he will be remembered and celebrated, not the continuing calamity of his personal life. The words charismatic, intense, energetic, outrageous, don’t come close to describing Jerry Lee’s performance tsunamis in a rich career of musical hits that lasted 73 years and left many an audience in a frenzy and, the story goes, at least one piano on fire. It’s one of those stories that’s so good only a spoil-sport would care whether or not Jerry Lee really went as far as setting a piano on fire to upstage Chuck Berry.

I’ll admit to being an early teen when Elvis and his pelvis exploded onto the national scene in 1956. Elvis, along with performers like Little Richard, Chuck Berry, and just a couple of years later Jerry Lee, gave birth to rock ’n’ roll, cleaving American musical taste between shocked and put-off grownups, who mostly stayed with the crooners, and young people who took the rockers, with their energy and revolutionary subtext, to their hearts. Before then young and old mostly listened to the same music. Never again.

Jerry Lee’s two signature tunes and mega-hits — “Great Balls of Fire” and “Whole Lotta Shakin’ Goin’ On” — came out in 1957. For a short while Jerry Lee, by sheer energy and charisma, threatened to topple Elvis’s status as boss rocker. The new Louisiana whirlwind, with his wild and wavy blond hair flying as he attacked the piano, almost made the other rockers look like they were painting in pastels by comparison. But the scandal around Jerry Lee’s marriage to his young relative, aggravated by the fact that he was still married to a previous wife when he married his cousin, restored Elvis to his top spot. This happened, by the way while, courtesy of his local draft board, Elvis was serving in the U.S. Army.

Jerry Lee was blackballed for a bit by the music biz and reduced to playing clubs again for a few hundred bucks a night. But he eventually negotiated a plea arrangement with the industry and began a new career as a country singer. As a youngster I was as enthusiastic as my age mates over Jerry Lee’s two standards, but now have a distinct preference for the music of his country phase. Here he is doing a country standard, “Crazy Arms,” with country songbird Emmylou Harris. This was a tune he recorded even before his rocker phase and was a regional hit in the South. This one, “Another Place, Another Time,” made it to number four on the country charts. Before ending his country career he recorded nearly two dozen Top 10 country singles and a like number of hit albums. The titles of some of his country tunes tell you what they’re about and how they fit into country’s venerable crying in your beer corner: “What’s Made Milwaukee Famous Has Made a Loser Out of Me” and “She Still Comes Around to Love What’s Left of Me.”

Both Jerry Lee’s rock and his country music have boogie-woogie and R&B elements. So does his gospel music, another form that was always dear to this son of a down-scale, Pentecostal home in the Depression-era Bible Belt. In fact it was playing a gospel standard with a boogie-woogie beat that got him disinvited to continue as a student at Southwestern Bible Institute in Waxahachie, Texas. There’s no doubting the sincerity of Jerry Lee’s gospel music, as he comes from a region and at a time where the Devil and the Lord regularly had a good go at each other among much of the population. There probably have been few where Saturday night license and Sunday morning piety wrestled more vigorously than they did in the soul of one Jerry Lee Lewis. Here’s a great collaboration on a gospel standard with Jerry Lee and another charismatic performer, Little Richard, out of the same religious background.

Jerry Lee was born in September of 1935 in Ferriday, Louisiana, a town of about 2,500 when the rocker came along. It was at an event at a Ferriday car dealership that 14-year-old Jerry Lee played his first gig with a local country band. He then went on to play road houses (places not fancy enough to be called night clubs) in Ferriday and across the Mississippi in Natchez. Cousins are a recurring theme in Jerry Lee’s life. A couple of cousins he didn’t marry and who came up in the same neighborhood include the recently departed Mickey Gilley, who become a piano playing country crooner, and televangelist Jimmy Swaggart, still with us at 87, whose preaching style is often as over the top as Jerry Lee’s performance style.

Over his long career Jerry Lee won Grammy awards and was inducted into both the Rock ’n’ Roll and Country music halls of fame. He continued to perform into 2022 though he was by then, thanks to ill health, showing all of his years and his ball of fire didn’t burn nearly as brightly. Audiences still applauded him, more for the whole of his musical work than for that night’s performance. He gave us music to be thankful for, along with many personal acts that called for a large dollop of forgiveness. But country fans especially are a forgiving lot (see George Jones).

Jerry Lee Lewis of Ferriday, Memphis, and the world may have left behind more than any one person’s share of wreckage. But he also left behind some very fine music, and many sparkling, if more than a bit mad-cap, performances that won’t soon be forgotten.