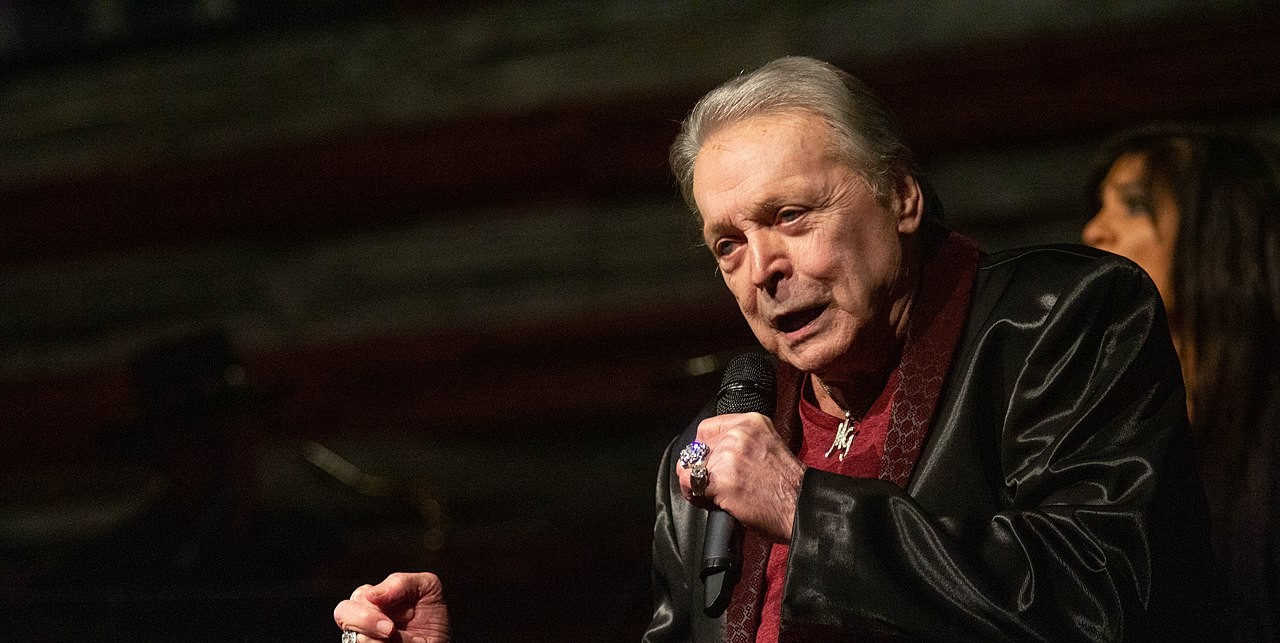 News has just reached me of the death of country singer, piano player, and songwriter Mickey Gilley on May 7 in Branson, Missouri. Another lively and distinctive voice from country music’s most popular decades has gone silent.

It was announced that Gilley passed peacefully with family and close friends by his side. No cause of death was given, but it’s known that Gilley suffered from cancer. His passing came as a surprise to many of his fans, as he was still performing as recently as this April. And I was surprised to learn that Gilley was 86. Damn. Seems like just the other day there was a young Mickey playing the piano and singing “Stand by Me” in Urban Cowboy. In the words of another great country song, one I’m sure Gilley appreciated, “Ain’t it funny how time slips away?”

Gilley, whose piano style could best be described as Texas honky-tonk, came by his trade honestly. Born in Natchez, Mississippi, Gilley came up in Louisiana with his charismatic cousins, singer and raucous piano man Jerry Lee “The Killa” Lewis and hell-fire preacher and gospel singer Jimmy Swaggart. Coming up with companions like these, you kinda knew young Mickey wasn’t going to grow up to be an accountant. (No disrespect for accountants intended. How would we get through April without them?)

Over a long career, Gilley had 39 top ten and 17 No. 1 songs on the country music charts. He ran the table on country music awards. He was inducted into the Country Music Hall of Fame in 2011. During all this writing and recording, Gilley also found time to act in a few movies and TV shows and do the Las Vegas, Reno, and Lake Tahoe circuit.

Gilley was good at the slower ballads as well as the honky-tonk stuff. His first No. 1 country hit came in 1974 with “A Room Full of Roses,” a love song first brought to the country charts by Eddy Arnold. The songs came along apace, but Gilley burst into the national spotlight with 1980’s hit movie Urban Cowboy, much of which took place in Mickey’s nightclub, “Gilley’s,” in Pasadena, Texas. The movie stars John Travolta, Debra Winger, and Scott Glenn, with Mickey at the piano.

One of Mickey’s hits, one of my favorites, is “Don’t the Girls All Get Prettier at Closing Time.” It’s a bouncy number that entertains while reminding us that country songs often deal with eternal verities. This one is a tuneful lament about the desperate, late-night search for the answer to loneliness. A search conducted in places where the chances of success are far less than the prospect of trouble.

In my 30s, I saw how explosively this country music theme could work out in real life. In between my unsuccessful marriage and my current, very successful one, I put in some time as an auxiliary cop in the smallish Central Florida town I was living in at the time. If I didn’t have a date on Friday or Saturday night, I would put on the blue shirt, strap on the Colt Trooper MK III, and help the full-time cops crush crime. At bar closing time — 2 a.m. if memory serves — we could usually rely on disturbance calls from a certain saloon when the stout-hearted and randy regulars there got into it in the parking lot over which sweetheart of the rodeo was going home with which good old boy in which pickup truck. It sometimes got ugly. A country song in living color.

But Mickey’s song wasn’t ugly, just good fun. As were so many of his others. (You can enjoy a medley of his hits here.) In addition to his musical talent, Gilley was known as a kind, outgoing man with a talent for friendship. His personal life wasn’t the train wreck that those of other country stars have been (see George Jones). For these reasons, we note Gilley’s passing with sadness, and we salute his life and his contribution to that most American of forms — country music.