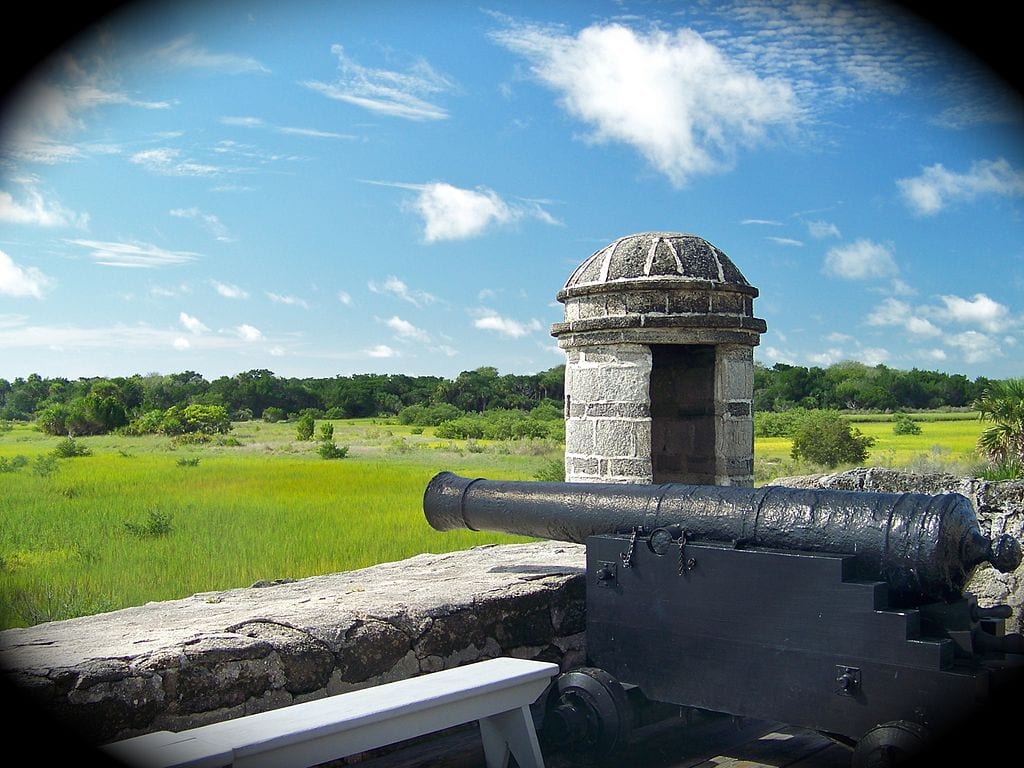 While Americans enjoy the beach, the geostrategic world spins crazily on its increasingly wobbly axis. The Dog Days of Summer offer space to survey a number of pressing concerns and try to see where we stand and better anticipate where we might be going.

Selecting salient issues is made harder by the sheer plenitude of major events — several potentially tectonic — that populate the nightly news and, yes, the global cyberworld. I have chosen five issues centered on: (a) immigration and sovereignty; (b) charisma and personality politics; (c) identity politics and historical redress; (d) political correctness and education; (e) risks associated with the rise of de facto private governments.

Immigration: An “Open Borders” Birthright America? Does the Fourteenth Amendment citizenship clause require birthright citizenship in all cases? A scholar argues the negative, which if courts eventually accept as interpretation would go a long way towards discouraging anchor babies. The U.S. Constitution, Amend. XIV provides (sec. 1), in pertinent part:

Sec. 5 of Amend. XIV provides: “The Congress shall have the power to enforce, by appropriate legislation, the provisions of this article.”

The interpretation of section 1 centers upon what is the definition of “jurisdiction.” The “plain meaning” rule of interpreting constitutional and statutory provisions would seem to define jurisdiction as defined in the link above. Except: that definition is the contemporary definition. The debates over the immediate post-Civil War statutes and constitutional amendments show that 150 years ago the term “jurisdiction” was defined more narrowly by the legislators who drafted the Civil Rights Act of 1866 and the Fourteenth Amendment.

The Congressional Record of the 1868 debates on the Fourteenth Amendment’s first clause settles the matter of interpretation of section 1: “subject to jurisdiction” means not merely subject to laws of the United States — a status that would make the children of transient tourists citizens. The definition back then added a second, disqualifying condition: Children of an individual who owes allegiance to, and are thus citizens of a foreign state, do not get birthright citizenship. The key word is “owes”: as to the parents, this excludes those who have transferred their personal allegiance to America, but who nonetheless are foreigners who remain legally obligated to a foreign sovereign.

Thus, tourists are subject to jurisdiction of the U.S. when traveling here, but are not free of obligations to their home country. Their children do not, under this interpretation, get American citizenship merely by being born here. They must stand in line and apply for naturalized citizenship. Their parents are, per the statutory language of the Civil Rights Act of 1866, “subject to [a] foreign power” — and hence not fully subject to the complete jurisdiction of the United States. That 1866 law was a primary authoritative source for the 1868 drafters of the Fourteenth Amendment. To date, the Supreme Court has held only that children of immigrants legally residing in America have birthright citizenship. Left unresolved is whether the same protection should be given to children of illegal aliens.

Two other immigration “open borders” issues should be mentioned. One is the distinction between “migrants” and “refugees.” Whereas formerly only those with a credible fear of persecution for their beliefs, race, or ethnicity — refugees — were eligible for asylum, now migrants who merely live in unsafe, poor countries will be able to come in if the open borders crowd has its way. Ready for a billion or two new arrivals? America should look to Australia for guidance on handling a large influx of desperate migrants. As Laura Ingraham has quipped, the inmates now run (7 min.) the immigration asylum.

The other distinction centers on cultural compatibility. America faces the same dilemma as Western European nations: how to reconcile national identity and identity politics. The former rests on shared cultural and normative values; the latter rests on preferential treatment for favored groups within the national unit. Western Europe’s major leaders have rejected national identity in favor of a multicultural one; conversely, like Australia and Eastern Europe have embraced nationalism over open borders.

Politics: Can Personality Conquer All? Alexandria, Alexandria, wherefore art thou? Increasingly, celebrity charisma supplants not only issues, but also political parties. Dunce candidates, if charismatic, can come to the fore. Thus, self-styled socialist Alexandria Ocasio-Cortez, the Left’s newest charismatic politician-in-training, tells us that everyone is working two jobs, when the Bureau of Labor Statistics actual numbers show only a micro-fraction of the workforce does so. In June 2018, only 4.9% (7.6 million) of America’s 155.5 million workers held two jobs; and only 0.2% (360,000) workers held two full-time jobs (defined by BLS as 35 hours per week). She seems to believe that the U.S. population (328 million) is 800 million. As to foreign affairs, she has conceded that she is not an expert in Mideast geopolitics (a gross understatement). At other appearances she has called Republicans weak on crime, working-class Americans, national security, equal rights, racism, moral courage, and family values. She has called President Trump’s immigration policies “on the spectrum” of ethnic cleansing. She has equated the Kansas-Nebraska slavery/freedom controversy in the run-up to the Civil War with to what she sees as today’s divide between Democrats (freedom) and Republicans (slavery). And she has (surprise, surprise) called for trillions in new government spending, new corporate taxes; new income taxes on the rich; and a multi-trillion carbon tax she believes will enable us to become a renewable energy economy; all this to be financed in part by slashing (naturally) military spending. To their credit, some of her supporters wonder how she would have us pay for all this. As pundit P.J. O’Rourke once quipped: “If you think health care is expensive now, just wait until you see what it costs when it is free.” Perhaps America’s most glamorous socialist politician would like America to follow Venezuela’s socialist playbook, where inflation has reached one million percent.

Identity: The Politics of Pseudo-Compensatory (In)Justice. Illustrative of the harm identity politics can wreak is a highly publicized case from a generation ago. Nearly thirty years ago, one of the most horrific crimes in the history of New York City was turned by the politics of racial identity into a travesty of justice, egged on by a rabid, hyper-partisan mainstream media. Originally convicted by two diverse juries, the city claimed 13 years later that DNA evidence exonerated five of six “wilding” youths, and paid out an astonishing $41 million windfall. But little DNA was collected, and methods of measuring its presence then were primitive by today’s standards. The five who were officially exonerated had bragged to friends about their violent atrocity, an explicitly racial hate crime in that they had specifically targeted a “white girl.” The predators also: confessed to police with an adult ally present; led cops to the crime scene, though the body was hidden in underbrush off the beaten path; laughed and clowned around at the precinct station about what fun it had been. A sixth youth, who later asserted he had acted alone, had a long record that included sexually assaulting his own mother. (A possible motive for his claiming sole guilt was apparently having been threatened by one of the other five with retribution if he did not take the rap.)

Identity politics defines those in favored classes positively as individuals, based upon group identity. Conversely, those in disfavored groups are defined as individuals negatively. These are fictional definitions that frustrate intelligent debate on issues. The thirty years since the Central Park jogger atrocity has seen identity politics drown out moderates. It is becoming commonplace for Leftists to liken their opponents to Nazis, Klansmen, misogynists, etc.

The New York Times offers data on cities with the 30 highest murder rates. Many of them, including the top nine, are cities featuring an urban underclass — identity politics strongholds. Is this what we want for our future?

Political Correctness: Who Speaks; Who Shuts Up? Billionaire Silicon Valley magnate Peter Thiel sees P.C. undermining our society, driven by leftist universities — today’s educational establishment — as corrupt as the Catholic Church was five centuries ago. University education is touted as essential to prosperity of its graduates:

Universities are supposed to provide a one size fits all education for everybody. They are not working the way they used to. We have an education bubble in this country. There is no single thing in this country where the costs have gone up more than they have gone up in education for the last 40 or 50 years. It’s like the opposite of technology. With technology, you do more with less. With education, we are doing less and less but spending more and more every year.

Thiel wishes to reinvent education, which will put him in direct conflict with educrats determined to preserve the failed system they created. P.C. has also contributed to the decline of the traditional university liberal (not “leftist”) arts curriculum. Instant denunciation of those deviating from leftist orthodoxy smacks of Maoist Red Guards publicly shaming “capitalist roaders” during China’s Cultural Revolution (1966-1976).

But perhaps scariest of all is an acute observation by Thomas Sowell, economist and polymath:

Such corporate power is akin to governmental power. This allows restrictions on free speech to be enforced by powerful private entities — powers clearly denied the government by the First Amendment. Examples are numerous.

While Facebook’s financial deep dive appears primarily driven by alleged abuses of customer data privacy, CEO Mark Zuckerberg was caught on open mic discussing helping German Chancellor crackdown on “racist” hate speech, which it could lawfully do in America if Leftist “hate speech” censors prevail in government circles, if the Supremes do not intervene. The apparent bias in clandestinely censoring right-of-center postings on social media outlets is another red flag. The practice, known as “shadow banning” of disfavored posts, allows users to communicate with each other individually, but clandestinely removes their postings from search engine access. Twitter has expelled conservative posters with whom founder Jack Dorsey disagrees. Perhaps even worse, social media gatekeepers allowed more than one thousand jihadist videos to be posted at their websites.

Bottom Line. America’s upcoming election — and the presidential contest in 2020 — could significantly affect the course these issues take. In the long run they may matter more than economic progress to the direction our society takes. (More optimistic than I, classics scholar Victor Davis Hanson covers similar issues, and believes that 3 or 4 percent GDP growth can go a long way towards promoting national reconciliation between Right and Left, and thus avoiding a second Civil War; much though I respect his writings, I doubt this.)

Moynihan was referring to the civil rights revolution of the 1950s and 1960s. The politics of that time, though often contentious, were not nearly as partisan as is today’s divide. Today’s issue megatrends could doom, rather than save, Western culture, once and for all.