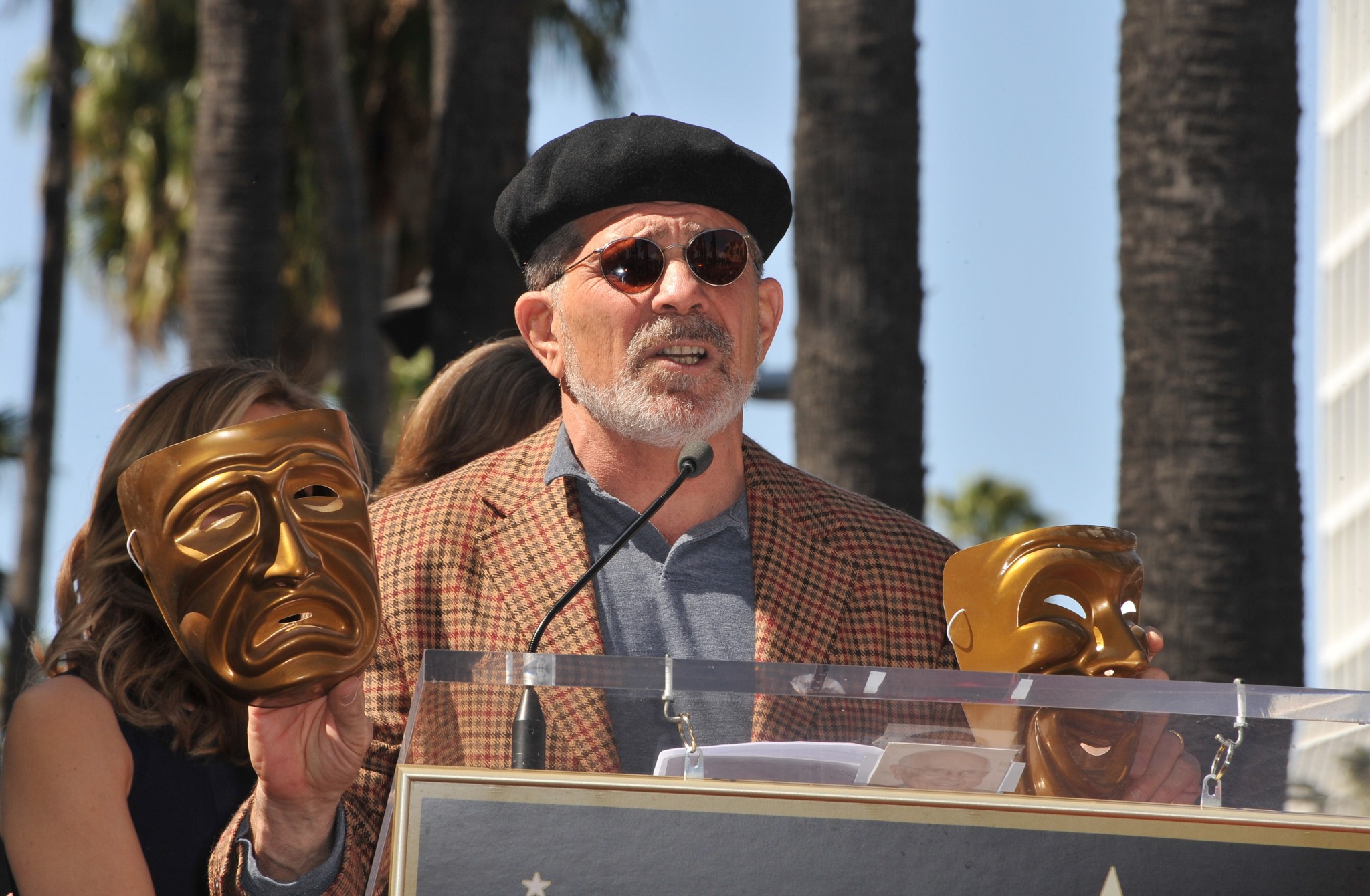 Recessional: The Death of Free Speech and the Cost of a Free Lunch

There’s political wisdom, humor, insights into the nature of the human species, and a walk down America’s Memory Lane in David Mamet’s most recent and very readable collection. Recessional, 39 previously published articles, mostly from National Review, is part memoir, part analysis, and part call to action. By turns it’s amusing and depressing as Mamet outlines our deliberate, but we must pray not inevitable, slide from freedom into slavery.

Mamet names names, pinning the tail on all the right donkeys. He calls out the climate hoax, feminism, transgenderism, racialist hustles like CRT, and the many other precincts of leftist humbuggery. He calls them attacks on reality and agents of chaos, a necessary tool of Marxist revolution. And those who don’t believe a Marxist revolution is going on now in America and throughout the West are just not paying attention.

Without being preachy, and eschewing the syllogistic tedium of the op-ed page ideologue, Mamet calls on free-thinking Americans to man up and show a little back-bone before personal freedom is deader than disco. Conservatives should stop apologizing for their beliefs and values. Saying such as, “This may not be politically correct, but…,” Mamet contends, “acknowledges and aids the thought control that the term represents.” The concept of political correctness is, after all nothing more than leftist political and cultural tyranny. This is where free speech dies. And absent free speech, all the other freedoms are doomed.

Mamet, now 74 and professionally a man of the show-biz world, may seem an unlikely voice to help find the key to release us from the current cultural madhouse we’re locked into. He’s a red diaper baby from Chicago. After attending a loopy liberal arts college in Vermont where he majored in sex, drugs, and rock and roll, he went on to become a successful playwright, screenwriter, and movie director. He won a Pulitzer Prize and received Tony nominations for his plays Glengary Glen Ross and Speed-the-Plow. His screenwriting credits include such hit movies as The Verdict, The Untouchables, and Wag the Dog.

For most of Mamet’s career he held the leftist views one would expect from someone of his background and which are required by a Show-Biz Union work rule. But then somewhere around age 60 Mamet was overtaken by clarity, helped along by his reading of such as Friedrich Hayek and Thomas Sowell. In 2008 Mamet declared he was no longer “a brain-dead liberal.” A bit late in life, perhaps, but better that wisdom should come late than never. And those who read Recessional, which I cannot recommend more strongly, will see that the conversion is complete.

Mamet’s is a well-stocked and lively mind. He’s learned in history, literature, and religion without being showy or academic about it. His writing style is unadorned and always accessible. But rather than rely on my puny powers, let’s go to the man himself.

Mamet skewers the media and academe with such as: “The universities and the media, always diseased, have progressed from mischief into depravity.” … “But the newspapers. What words can convey my sorrow at their transmutation into organs of state propaganda? Worse than that, they have become unashamed merchants of hatred and panic.” Mamet calls the New York Times “a former newspaper.”

Mamet takes on race hustlers, including “that innovator, Colin Kaepernick. He loathes the country whose citizens have made him rich and famous.” Mamet points out that the execrable Colin and other protesting jocks “do not reject half of the money collected as tainted by the donor’s politics. They take it all, then affront and appall at least one-half of their supporters and call the affront an act of conscience.” The kneeling or other posturing “cannot be an act of conscience, for the players risk nothing in their supposed defiance while accepting the rewards of their mock heroism.”

Mamet laments that to the left’s new Puritans, humor is no laughing matter. In fact they seem to think it’s probably a form of hate crime. The speech code freaks have placed just about everything in life that’s funny — sex, race, religion, social class, ethnicity, and anything related to the eternal battle between the sexes — off limits for humor. We face a solemn and dreary future if this crowd prevails. The humor substitute on what formerly were comedy venues is ridiculing conservatives. Mamet cites a despicable example:

Saturday Night Live featured a black comedian, Jay Pharoah, doing a vicious impersonation of Dr. Ben Carson. This turn was known to those of my generation as “Rastus, the stupid Negro.”… He mocked Dr. Carson, one of the most accomplished surgeons in history, for his deliberate speech. There was nothing funny about the turn; it was appalling and shameful. But it filled five minutes of a comedy show whose sole remaining attachment to comedy was indictment of the Other.

But Mamet refuses to give up on humor, and doesn’t mind entering proscribed territory. He has a good deal of fun at the expense of the political foolishness of the Hollywood crowd, then and now. Here he is on that lot’s weakness for Communism back in the day: “In the 1930s and 1940s, limousine Communism replaced mahjong as the activity adding some zest to life among the sheltering palms.” Communist sympathy in Hollywood then was “not treason but that self-awarded mantle of superiority found today in the championship of whales, the snail darter, the homeless, illegal immigrants, and other creatures great and small, their charm in direct proportion to their remove.”

Mamet spends some time on the doleful history of Jews and their experience in America. He’s perplexed at his co-religionists’ insistence on sticking with the political left, where anti-Semitism is virulent, rather than the right, where it’s hard to find: “Still American Jews, liberals all, vote for the mob rule called social justice and for candidates who’ll expunge the American Embassy from Israel’s capital and continue to fund Hamas as it bombs our relatives.” (OK, Mamet is wrong about all Jews being liberals. I have Jewish friends who aren’t. But the point stands that Jews have been incredibly devoted to a political party that doesn’t have their interests at heart, to put it mildly.)

I loved Mamet’s jab at the mostly Jewish and always leftist ACLU. He calls them “the most absurd bunch of Jews since the Three Stooges.” Mamet is a Jew and so can say this. I’m a white bread Protestant, but I can still laugh at it.

Mamet takes no prisoners and leaves little standing in his deconstruction of the hog wallow American education has become: “Teachers are, to the Left, a protected class, which is only common sense: they are a money machine, kicking back fortunes to the party, and a purveyor of the essential service of indoctrination.”

Mamet doesn’t spend all of his time on political and cultural catastrophe. He does some charming and anecdotal memory lane pieces about the theater, Broadway, his early life in Chicago, including sharing his taste in fiction. This runs to some of the classics, but also to genre writers like Tom Clancy, Frederick Forsyth, John le Carré, and Patrick O’Brian (who wrote the Lucky Jack Aubrey naval thrillers). “I love to read. I think my taste in literature is perfect because I am happy with it,” he modestly proclaims. Don’t look to me to contradict him as some of his favorites are also some of mine, including Forsyth’s The Day of the Jackal and Clancy’s The Hunt for Red October. Two serious contenders for the gold standard for chase novels.

Recessional is only 213 pages of text but it seems longer because so much of it leads readers to stop reading and ponder. Lots of, “Yeah, that’s the way it is” or, “Why didn’t I think of that?” moments. It has motivated me to now consult Mamet’s previous books, which include The Secret Knowledge, On Directing Film, Writing in Restaurants, and True and False. If there’s as much worthwhile in these as there is in Recessional, they’ll repay my reading time handsomely. Maybe yours too.

Larry Thornberry
Follow Their Stories:
View More
Larry Thornberry is a writer in Tampa.
Most Popular
Sign Up to Receive Our Latest Updates! Register
-->