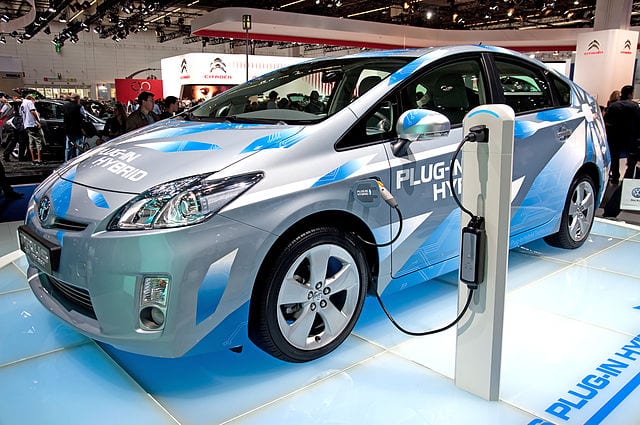 Instead of being designed to emphasize their natural strengths vs. IC-engined cars — which we’ll get into shortly — they’ve been offered up as cost-no-object economic and functional absurdities whose limitations and failings everyone is supposed to pretend don’t exist or accept for reasons of political/environmental correctness.

They cost too much, don’t go far enough, and take too long to get going again. They tout quickness, sexiness, style, and tech — all of which makes them expensive and impractical for most people, who are just looking to get from A to B with as little hassle and expense as possible.

Teslas being the worst example, but the criticism applies pretty much across the board. The electric cars currently on the market make about as much sense for most people as a 4×4 truck you can’t take out in the snow.

But what if the mandates and subsidies didn’t exist? What kinds of electric cars might the market have called forth?

For example, being highway/road trip cars.

Even though the range of electric cars has improved, it’s still far less than the range of the average non-electric car. The longest-legged EVs have less range on a full charge than the gas-hungriest V8 muscle car — and the gas-hungry muscle car has the enormous advantage of being able to refill its gas tank in about five minutes while the electric car might be able to recharge to about 80 percent of its range in about 45 minutes — if it can be plugged in to a high-voltage (240V-plus) “fast” charger.

If only household 120V outlets are available, then it’ll take several hours — but at least you can charge to 100 percent this way. (Battery chemistry limits how much charge a battery pack can take from a 240V “fast” charger; to avoid damaging the battery pack, the limit on a “fast” charger — effectively reducing the vehicle’s range even more… unless you stop for hours to slow charge.)

So, it’s fundamentally stupid for electric cars to try to be highway/sustained high speed driving/road trip cars. They are too limited — and it’s too much hassle.

Who would put up with an IC-engined car that could only go 200 or less miles before it had to spend at least 30-45 minutes to refuel? No one. It would be a joke. Itisa joke. But because EVs are PC, we’re not supposed to laugh.

What does make sense, electric car-wise, is city/short trip and low-speed driving. In those kinds of driving situations, the electric car has the advantage. When it’s not moving, for example, it uses almost no energy — whereas a gas-burning car is wasting it, idling its engine. Most gas-engined cars have to use fairly crude (relative to an electric car) multi-stepped mechanical leveraging — via a transmission with multiple forward gears — to indirectly translate the energy of combustion into motion. Much of that energy is lost in transmission. IC engines are very inefficient this way.

EVs, on the other hand, are very efficient this way. They are direct drive. A single-speed electric motor turns the wheels, which moves the car. Very little is lost in translation relative to an IC-engined car. Stop-and-go-driving is easier on an EV than it is on an IC-engined car.

The reverse of highway driving — at which IC-powered excel.

Most people haven’t grokked this yet and still assume that a vehicle — whether IC or EV — will be most efficient on the highway, because that’s been true for most of the past 100 years and is still true — if we’re talking IC-engined cars.

It’s no longer true if we’re talking about EVs — and gas-electric hybrids.

In the urban/short-trip environment, the EVs limited range is also less of an issue — and not just because you don’t have to drive as far. Because you don’t drive as fast (or consistently fast), an EV’s range runs closer to the advertised maximum. Batteries drain faster maintaining 70-plus MPH highway speeds than they do in the stop-and-go.

There are also more places to conveniently charge up in the city. Out on the road — on the highway — there is little to no infrastructure to support EVs and won’t be for many years, probably decades. It will have to be built— and that won’t be cheap. But in the urban (and suburban) environment, a functionally viable infrastructure already exists.

Why not leverage that?

Think about those electric golf carts one often sees transporting people to and fro in retirement communities and so on. That is the perfect example of an economically and functionally sensible use of electric cars. They do not even try to directly compete with IC-engined vehicles — and IC-engined vehicles do not try to directly compete with them, either.

Each occupies the market niche that it better serves.

Imagine an EV that didn’t have to sweat being able to sustain 70 MPH-plus highway speeds for several hours — or apologize for not being able to. But which cost almost nothing to operate as a close-in/city car in stop-and-go driving.

And because it wouldn’t need to be a highway car and try to keep up with IC-engined cars doing 70-plus for several hours, it could get by with a smaller, lighter — and less expensive — battery pack.

It could be sold for thousands less than the current economic atrocities — and so might not need subsidies to sell it.

If designed as a city/suburban car, the EV could also leverage its smaller size, to make it easier to park and to thread-the-needle in heavy traffic. This would make it more appealing than the IC-engined car. People would be more inclined to buy it on the merits — the opposite of using government mandates to force car companies to build EVs that are severely compromised as all-purpose cars and so have to be subsidized in order to offload them onto a reluctant public.

It brings to mind the saddest phrase of them all: