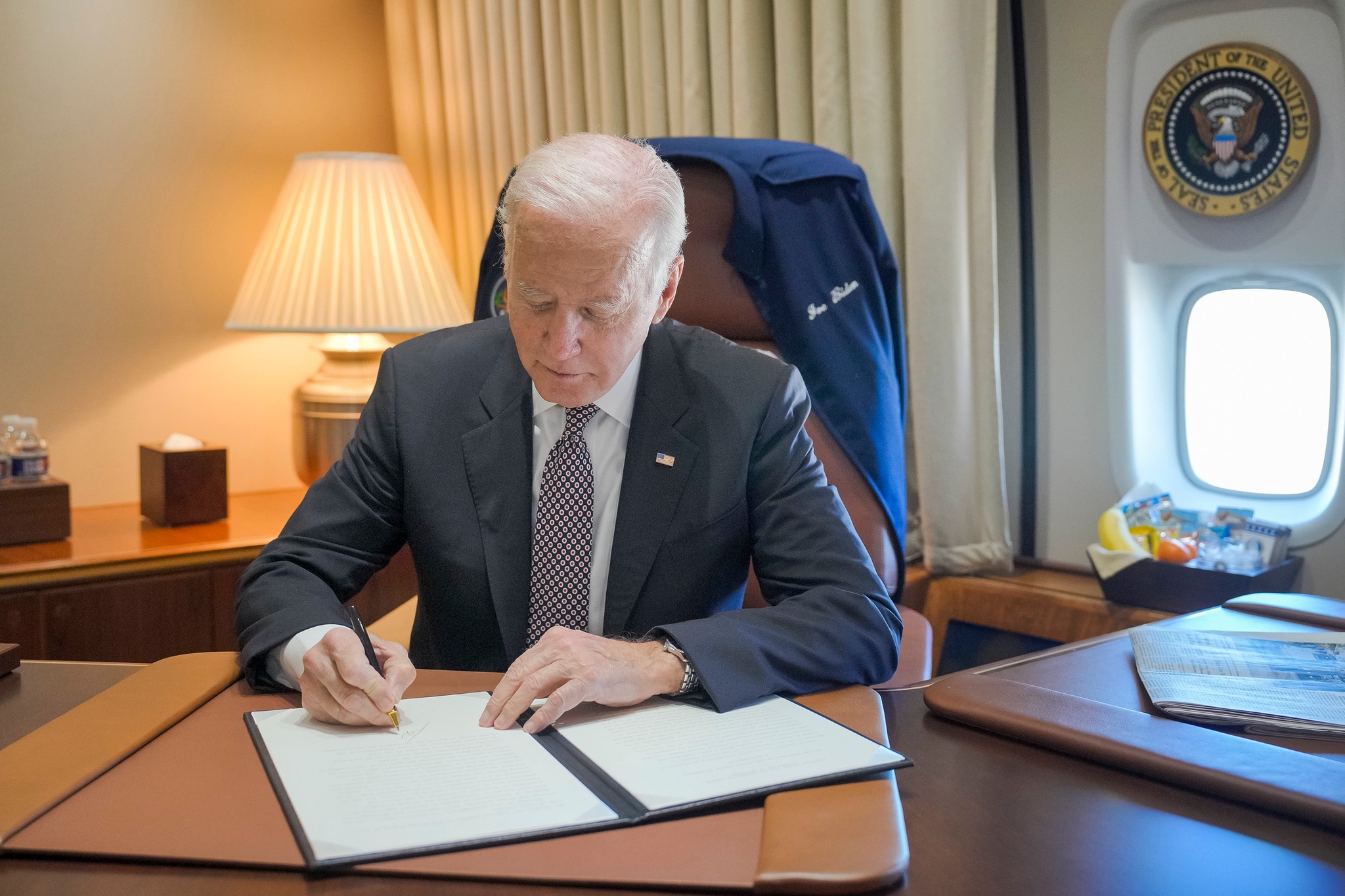 The Biden administration’s excessive use of executive orders, regulatory rulemaking power, and lawfare against state governments and other “intermediary institutions”; its dictatorial pandemic decrees; and its ongoing efforts to delegitimize the Republican Party as an organization of dangerous neo-fascists, lawless election deniers, and insurrectionists are all manifestations of this country’s continuing drift toward “democratic despotism,” which didn’t start with President Joe Biden and will not end with him. The roots of this political phenomenon can be traced to President Franklin D. Roosevelt and the New Deal, but, as the political philosopher James Burnham pointed out, democratic despotism fundamentally springs from the “myth” of democracy.

Seventy years ago, in a little-remembered lecture at the Aspen Institute in Colorado, titled “Democracy, Oligarchy and Freedom,” Burnham warned that the United States was drifting toward “democratic despotism,” the key symptoms of which were the centralization of power both in the presidency and in the bureaucracies of the executive branch and the weakening of “intermediary institutions” that stand between the people and the executive. Burnham argued that if we continued down this path, the end result would be Caesarism, where the executive in the name of the “popular will” suffocates liberty.

In 1952, when Burnham delivered the lecture, he was far along on his political/philosophical odyssey from 1930s Marxism (the Trotskyite version) to National Review conservatism. He had written two sociopolitical books — The Managerial Revolution: What Is Happening in the World (1941) and The Machiavellians: Defenders of Freedom (1943) — and had completed a Cold War trilogy that set forth a geopolitical strategy for winning the Cold War. He was also in the midst of breaking with his former liberal, anti-communist colleagues at Partisan Review over the issue of domestic communism — Burnham took the threat of internal communist subversion far more seriously than the liberal intelligentsia. He refused to unambiguously condemn Sen. Joseph McCarthy, warning that the Left was using “McCarthyism” to discredit anti-communism.

Burnham’s 1952 lecture focused on the internal threat to liberty posed by the rising “managerial class,” who increasingly controlled the economic and political direction of the United States, regardless of which political party was in power. In hindsight, Burnham’s lecture contained the seeds of his much neglected but brilliant 1959 book Congress and the American Tradition. And the philosophical foundations for Burnham’s lecture and book reach back to his arguments and analyses in The Managerial Revolution and The Machiavellians.

Burnham began his lecture by asserting that democracy was a “myth” and that “all governments are oligarchies” where a small governing or ruling class holds political power. Oligarchical rule, however, was sustained in part by force but also by political “myths” or formulas that provided “legitimacy” for the ruling class. In the United States, the prevailing “myth” has been that “rule by the people” and the “popular will” are manifestations of “democracy.” Burnham noted that “the people cannot in fact rule” and that government “by the people” was a practical impossibility.

The Founding Fathers, according to Burnham, understood this and constructed a constitutional framework — separation of powers and federalism — that operated to resist political centralization and fostered the development and strengthening of intermediary institutions. James Madison and his colleagues established a constitutional republic, not a democracy. The power and reach of the federal government, Burnham noted, “would have staggered both [Alexander] Hamilton and [Thomas] Jefferson.”

Yet, “democratic” leaders in the United States have since the New Deal days increasingly invoked the “popular will” to acquire more and more unconstrained political power over individuals, thereby lessening individual liberty and eroding the rule of law. The Washington, D.C., power elite — what President Donald Trump named the “Swamp” — have acquired that power by undermining or absorbing independent intermediary institutions, such as state and local governments, churches, courts, private organizations, and the family. And our ruling elite class acquired that power by centralizing political decision making in the executive branch of the federal government — in the presidency, but even more so in the permanent bureaucracy that makes up part of what Burnham called the “managerial class.” “Excessive centralization,” Burnham said in his lecture, “does not make the government more responsive to the people, but strengthens the ramparts which divide an entrenched bureaucracy from the people.”

All the tyrannies of the 20th century, Burnham noted, were “popular tyrannies,” whose leaders “use[d] the language of democracy” to maintain and increase their power. Popular tyrannies seek to co-opt or undermine the independence of the courts (FDR tried to “pack” the Supreme Court and Biden and the Democrats have threatened to do likewise); rule by decree (or executive orders); outlaw or delegitimize oppositional political parties (Biden’s infamous speech in front of Independence Hall, and similar rhetoric, which has labeled Republicans as fascists, election deniers, and insurrectionists); override, denigrate, or render powerless state and local governments by “absorb[ing] more and more social functions”; and directly attack or refuse to defend churches (labeling “white Christian nationalists” as enemies of democracy). Tyrannical regimes, Burnham said, promote the notion that “only the central government … will protect the interests of ‘the people.’”

And Burnham in 1952 noticed another trend that echoes today’s politics — the liberal and leftist media’s continued championing of our democratic despots, attacking those who oppose the ruling class in Washington and who try to resist encroachments on the remaining intermediary institutions in our society. And today, the liberal media is joined by educational and cultural institutions, and Big Tech social media oligarchs, in supporting centralized power, censoring opposition sentiments, and attacking individuals and groups who oppose the ruling class. The ranks of the “managerial class” have dangerously expanded since Burnham’s 1952 lecture, and their control over formerly independent intermediary institutions (schools, colleges, churches, entertainment, and so on) has broadened and solidified.

Burnham looked to Congress as the bulwark — the “chief and greatest of the intermediary institutions” — against the march to Caesarism. But in today’s polarized political environment, Congress can only be a bulwark against Caesarism if it is controlled by a political and institutional opposition. Even a Congress nominally controlled by the GOP will not be able to stop the drift toward democratic despotism unless its leaders and members are willing and able to resist the enormous powers of the permanent executive bureaucracy, in other words, the managers. As Burnham concluded in his lecture, “In order that the … drift toward despotism may be avoided, it must be deliberately resisted.”