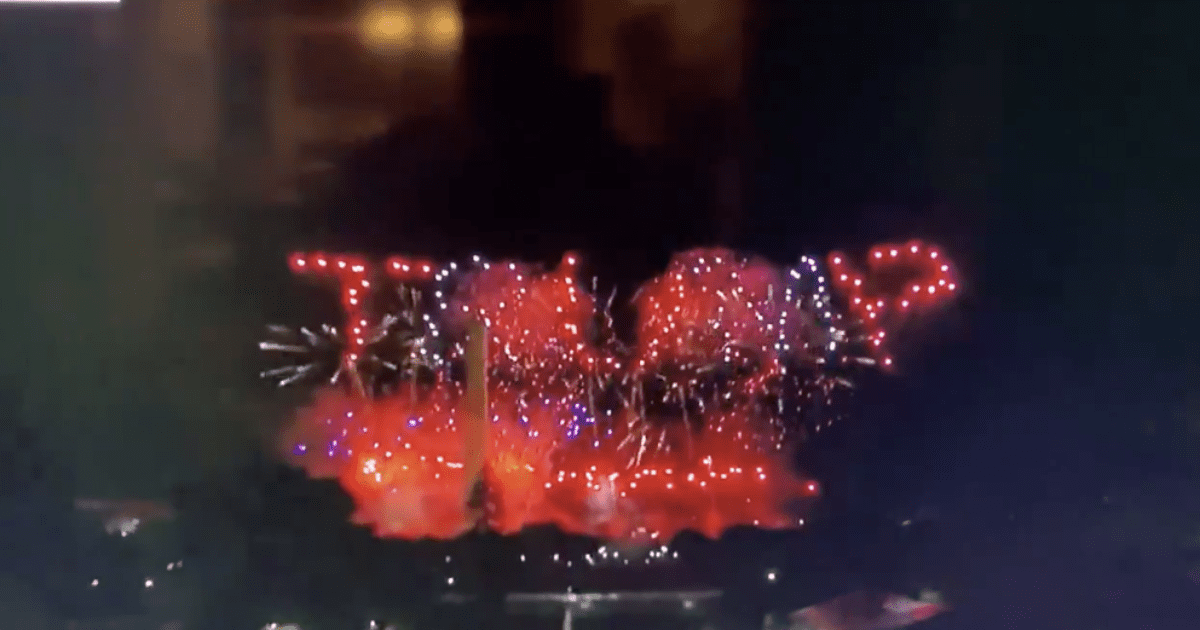 The table is laid. The only question is what Americans are going to decide to eat. The Democrat convention was a mask-covered Zoom meal of thin gruel. Appropriate, considering that they’ve wholly given themselves over to the commies and dinner of “equality” is bland and miserable for everyone.

The Republican convention managed to produce a steak dinner with all the trimmings within the confines that COVID and vindictive Democrat governors gave them, making it so that the GOP couldn’t gather safely in Democrat states and cities. I’m reminded of Julia Roberts character in Pretty Woman saying to the haughty store clerks in a chi chi store on Rodeo Drive who refused to help her: “You work on commission, right? Mistake. BIG mistake. Huge.”

Which reminds me of all the ugly snobs who refuse to address the gorgeous Melania Trump. She stunned again tonight. I feel like there was a message with the green dress. She stood out … from everyone. Dramatic and daring. She should be on the cover of fashion magazines, but, you know, they’re petty and small-minded. 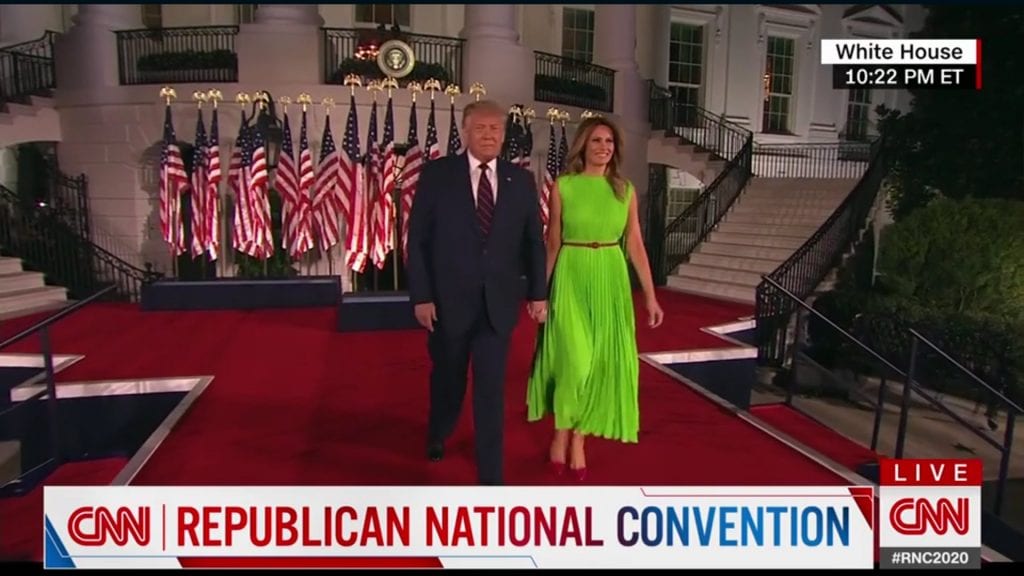 What should I start with? The positive or negative? Eh, negative. I’ll get it out of the way because the whole convention was excellent and I have only one quibble. It’s small, but worth mentioning. Readers will argue with me in the comments.

Ivanka Trump’s speech bugged me. She clearly loves her dad. I get it, but I was wondering if she should have been the one to bring the president on stage. Why? Because it just reminded critics of the nepotism charges. Now, having said that, I’m no big fan of any first family being overly involved. They’re not elected, after all. The Clintons saying that the country got two for one was nauseating and eye-rolling drivel probably pushed by Hillary herself. Ivanka and Jared are obviously integral to the White House operations. And while skeptical of their involvement, I’ve been won over, especially, by Jared Kushner’s work on the Middle East peace process and his willingness to take on difficult projects and see them through. Plus, it’s not like the president has a big circle of trust considering all the D.C. vipers. Still, I feel like it’s better optics to have the kids more in the background for the big reveal.

That’s my only quibble. I argued with Dan Flynn on a livestream of the RNC this week about whether or not the whole thing was too Trumpy. I didn’t think so. Why? Because Donald Trump is great TV, and he draws attention and that attention drew attention to important issues to Americans. The media certainly won’t focus on any positives. They need to optimize the TV time — it will likely be the only positive programming that Americans will see.

Last night, there were two speeches that had me reeling. The first by David Dorn’s widow. He was the retired policeman shot by looters in St. Louis while they filmed him dying. Absolutely heartbreaking:

The second, by Kayla Mueller’s parents, was even more devastating. They spoke of their daughter’s plight at the hands of ISIS and the non-responsiveness by the Obama administration:

Like the other nights of the convention, the individual stories were compelling. The stories told reinforced the theme. There’s a reason Jesus spoke in parables. People remember stories. They forget facts and figures.

Rudy Giuliani spoke tonight, and I thought he might  have a heart attack, so upset was he at the way New York is quickly descending into chaos. It’s gotta be brutal watching the city one loves and worked so hard to turn around become undone.

There were police officers and there were those pardoned by the president. This is not an untenable stance, by the way. It’s one that most people have: Support the police. Get rid of the bad eggs. Make sure that justice is blind and that the law is applied evenly. The Republicans did an admirable job of threading this needle and making the point.

Meanwhile, the Democrats made their point, too. The Democrat vice presidential nominee is seen here threatening America with violence. Obscene.

Kamala Harris says that the riots are not going to stop, ever, and to BEWARE. With a smile on her face. pic.twitter.com/xkwAUOMJcL

And her mobs did her bidding roughing up RNC attendees at the White House on the way out of the event. They surrounded Rand Paul and his wife and threatened them both. They punched seniors walking down the street. They flipped off a little old couple toddling across the street.

There weren’t enough police officers, as per usual. Why do governments keep underestimating the viciousness and sheer numbers of mobsters on the streets? It’s putting innocent people in harm’s way.

It is providing a perfect contrast, though. Americans watch their cities burn. Now, the mobs are going into neighborhoods and threatening people in their homes. Is that the country Americans want? Judging by the responses on C-SPAN, the answer is a resounding “no.”

The president’s speech was presidential — slow-moving, methodical, teleprompter-ed, and intentional. A friend over at National Review argued that Trump missed an opportunity to end with a bang à la John McCain at his RNC. I disagree. The president needed to appear calm and reassuring to a troubled nation. He needed to remind him that he belonged in the White House and that safety and law and order and justice for the oppressed were what he was about.

The fireworks didn’t need to be in the speech. They were actual fireworks, which featured a blast of “Trump 2020” to the delight of the crowd. And the crowd was the point. The full audience was joyful and cheering. In the far background there were protesters screeching and blowing horns. No matter. That’s what happens at conventions. People share their point of view. People protest. At least there was energy!

The Democrats made a big mistake going all-in on perpetuating the COVID misery. Their mask-wearing Zoom distancing came off as cold, removed, unreal, and clinical. The Republicans, in contrast, came off as vibrant, joyful, hopeful and … normal. That might seem like a low bar, and it is, but dang, the Democrats are insane and look it. Their ideas are radical. Their perspective mean. Who wants to be a part of that?