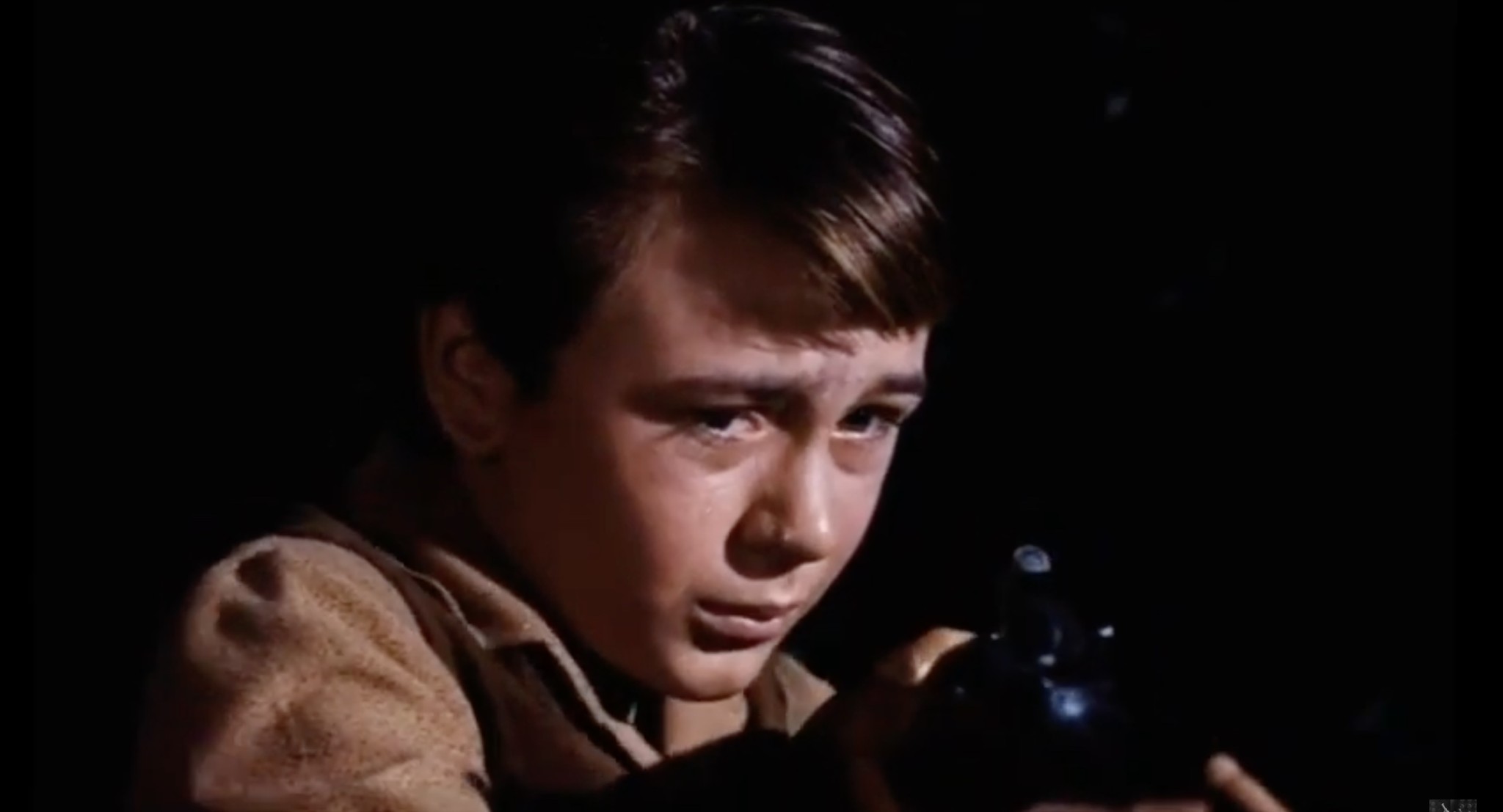 Many trial lawyers will avoid at all cost litigating domestic relations cases involving spousal infidelity. The deceived and cheated upon spouse is driven by bitterness and white hot anger for which there is, in reality, no satisfying legal remedy. The court is limited to severing the legal relationship, dividing the marital assets, and ordering the payment of alimony or support.

None of that can assuage the plaintiff’s sense of betrayal or make up for the fact that the lies and deceptions of the cheating spouse have turned love and trust into hate and revulsion. The jilted spouse wants revenge of a type that the law cannot provide.

Of course, deception and betrayal can give rise to anger and revulsion in less intimate, non-marital relationships as well. Take, for example, the formerly warm and trusting relationship between the consuming public and The Walt Disney Company. For decades Disney has garnered an enormous reservoir of good will by trading upon the legacy of its All-American founder for producing wholesome family entertainment.

According to Disney’s official policy, unless those children are subjected to state-funded instruction in sexual orientation and gender identity, the rights and safety of the LGBTQ+ community will be infringed and put at risk.

But now, thanks to an improbable series of events, Disney has trashed that legacy by publicly declaring that it will use its power and wealth to promote the transgender indoctrination of Florida’s public school children in kindergarten through third grade. Simultaneously, video has leaked of Disney executives discussing how they are injecting — in their word — “queerness” into movies and television shows aimed at children.

For those of us who previously had sentimentally embraced Disney as an entertainment sanctuary of childhood innocence and normalcy, the disillusion and sense of betrayal are palpable. It’s like finding out that your endearing 90-year-old maiden aunt who plays the organ at church on Sunday has secretly been turning tricks in the men’s room of the Greyhound bus station in return for crack. In addition to being shocked and disappointed, you just aren’t going to buy her organ-playing-at-church routine anymore.

And the same goes for Disney.

Child-rearing adults who compose the greater part of Disney’s customer base now know that they have been conned and betrayed. How can they ever again buy the company’s wholesome-family-fun shtick now that Disney has proclaimed itself to be a promoter of sexual dysphoria among children of tender years?

So what led Disney to blow out its corporate brains?

It all started in March 2022 when Florida passed the Parental Rights in Education bill which provides, in material part, that “Classroom instruction by school personnel or third parties on sexual orientation or gender identity may not occur in kindergarten through grade 3 or in a manner that is not age-appropriate or developmentally appropriate for students in accordance with state standards.”

Leftist opponents of this most sensible measure immediately and dishonestly characterized it as the “don’t say gay” bill. Star Wars actor Mark “Luke Skywalker” Hamill got on the outrage bandwagon by posting a tweet that repeated the word “gay” 59 times followed by a rainbow symbol. At the Oscars’ televised award ceremony, host Wanda Sykes proclaimed “We’re going to have a great night tonight, and for you people in Florida, we’re going to have a gay night!” At which time Sykes and her co-hosts Amy Schumer and Regina Hall shouted in unison, “Gay! Gay! Gay!”

It must be noted that the Star Wars franchise is owned by Disney as is the ABC network which broadcast the Oscars.

But these displays were only the overture of what was yet to come.

When Disney’s hapless CEO Robert Chapek failed to publicly condemn the Parental Rights bill, disaffected Disney employees staged a protest. This produced what can best be described as Chapek’s hostage video in which he groveled, begged forgiveness for his failure to condemn the bill, and promised to do a better job of standing up for the rights of the LGBTQ+ community.

And that’s when Disney issued the following declaration:

Florida’s HB 1557, also known as the “Don’t Say Gay” bill, should never have been passed and should never have been signed into law. Our goal as a company is for this law to be repealed by the legislature or struck down in the courts, and we remain committed to supporting the national and state organizations working to achieve that. We are dedicated to standing up for the rights and safety of LGBTQ+ members of the Disney family, as well as the LGBTQ+ community in Florida and across the country.

Got that? Disney, one of the largest and most influential companies in Florida, announced that it was committing its power and vast resources to repealing a duly enacted law that prohibited sex education for children in kindergarten through third grade. According to Disney’s official policy, unless those children are subjected to state-funded instruction in sexual orientation and gender identity, the rights and safety of the LGBTQ+ community will be infringed and put at risk.

This, of course, makes no sense whatsoever to normal people who can read, write, and speak the English language and apply the basics of Aristotelian logic. But Disney is a major corporation run by purportedly smart people. So what caused this mad proclamation?

The answer to that question began to emerge with the publication of a leaked video of woke Disney executives on a Zoom call discussing their ongoing efforts to insert “queerness” and LGBTQ+ characters into children’s movies and television shows, producing “queer stories” with “trans characters,” bemoaning the lack of “lead characters” who were transgender, and replacing announcements at Disney’s theme parks that begin with “ladies and gentlemen, boys and girls” with the non-binary “Hello, everyone” or “Hello friends” and “Dreamers of All Ages.”

So now it’s out of the bag. America’s normal, binary parents, who comprise a large part of Disney’s customer base, have been alerted to its hitherto secret LGBTQ+ agenda for children and also to the fact that it will use its vast financial power to bring about transgender sex education of small school children.

In short, Disney has crossed the cultural Rubicon and jammed a corporate finger in the eyes of normal people and parents everywhere.

So it is that the hypocrisy of this company that held itself out as a safe entertainment harbor for innocent children has been exposed. And now the question becomes whether Disney has fatally severed its relationship with its customer base.

Just beyond the entrance at every Disney theme park is “Main Street USA,” a faux small town of 1890s vintage that simulates the safe and secure “good old days” of American innocence. At the end of Main Street sits Cinderella’s castle which derives from the fable of a young binary girl whose dream came true when her binary handsome prince discovered and married her.

Can anyone ever again view these and similar attractions at Disney’s parks without thinking of how they are at odds with the company’s LGBTQ+ agenda and the sexualization of children and subversion of their innocence to which the company is committed? And, knowing of Disney’s perverse commitment, how much longer will the normal among us — who recognize the vital importance of sparing five through eight year olds sex education and transgender indoctrination — be willing to fund Disney with our entertainment dollars?

In a stupefying display of monumental arrogance and idiocy, Disney has started a process of self-destruction that may well become irreversible. It had a choice between remaining a trusted and safe space for children’s entertainment or joining the woke LGBTQ+ micro-minority. It chose the latter course, and now it will face the consequences.

With the elimination of the so-called Reedy Creek Improvement District, Florida has stripped Walt Disney World of its unique self-governing status and put it under the jurisdiction of local county governments. This previously unimaginable action by the state government is a stark indication of just how much public approval and political clout Disney has lost.

Similarly, there is a movement in Congress to not renew Disney’s copyright on the first iteration of Mickey Mouse. Disney’s stock is trading lower, and there is talk of boycotting Disney’s theme parks and mass cancellations of Disney+ television subscriptions.

But, even if Disney can financially ride out the storm, it will never be able to regain the trust and goodwill that it has squandered in pursuit of the intolerable.

An altogether just but nevertheless very sad outcome for this formerly iconic company.