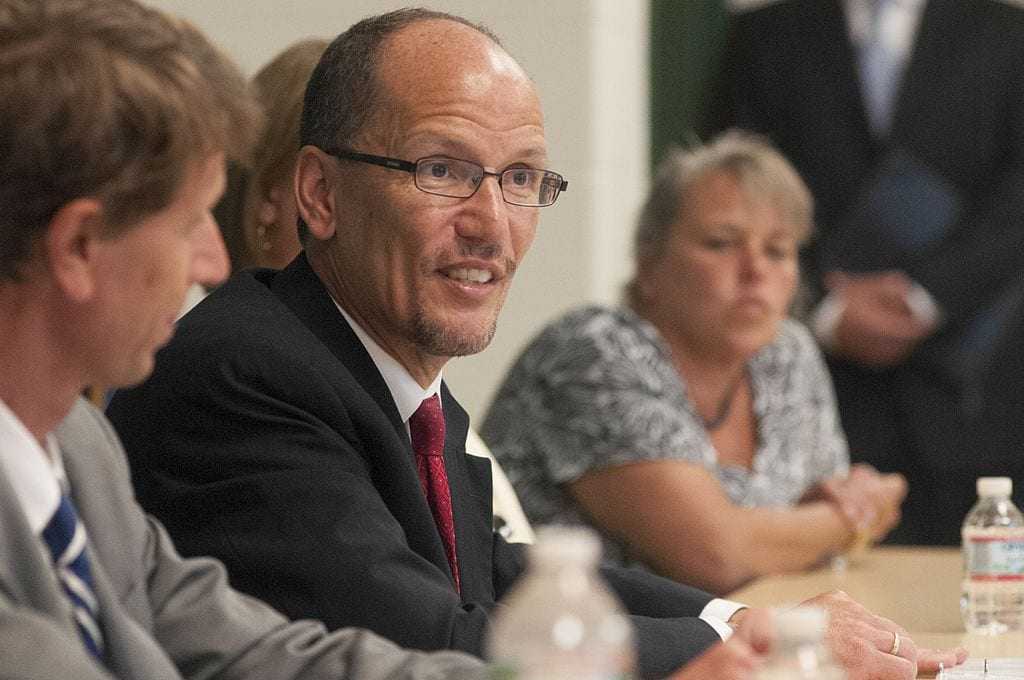 Politicians pander. Political parties pander. I’d never assert that the GOP is pure and holy. And yet, what we’re seeing from the Democratic Party in 2018, on the eve of next week’s midterms, is shameless political pandering, period. Yes, liberals, I know that flies in the face of your narrative, and headlines like the one blared across CNN.com yesterday, “Trump shocks with racist new ads days before midterms,” but the reality is the Democratic Party has been engaged in a politically grotesque Jekyll-and-Hyde scheme this entire campaign season.

What we’re seeing from the Democrats in their election strategy for 2018 is transparently dishonest. It isn’t a matter of one man running for a particular office and adapting himself according to the political winds. Rather, the Democrats en masse seamlessly change their ideological undergarments from district to district and man to man and woman to woman in a terribly cynical manner.

Take a gander at DNC chairman and angry-man Tom Perez. Perez puts aside his snarl and growl and grins and glows that 28-year-old “democratic socialist” Alexandria Ocasio-Cortez, a bona fide member of the ludicrous Democratic Socialists of America (DSA), “represents the future of our party.”

Does she? Well, not necessarily. Or not always necessarily — that is, if you look carefully at Democratic candidates running around the country. In some places she does, and others she does not. It depends on where the Democratic donkey bucks and brays at the given moment.

Check out another DSA-championed candidate, Kerri Evelyn Harris, who left-wingers were excitedly touting as the first biracial lesbian to win a seat in the U.S. Senate. The 38-year-old Harris challenged three-term Democratic Senator Tom Carper of Delaware in one of this year’s late primary contests. In her ads, however, Harris ran not as a rainbow warrior but a military warrior — as an Air Force Veteran who served her country in the Middle East after 9/11.

Yet another is Mikie Sherrill, a female Naval Academy graduate who flew helicopters in the Middle East, went on to Georgetown Law School, and gave birth to four children. She’s running in New Jersey’s district 11, hoping to turn it into a Democratic seat. Talk-show host Andrew Wilkow, who lives in that Republican district, marvels at how one can watch ad after ad by Sherrill and never learn that she’s running as a Democrat.

Those are just a few national races. In my neck of the woods, in western Pennsylvania, the Democrats’ shenanigans are particularly egregious.

Here in the Pittsburgh region, we watched yet more DSA members, tried and true socialists, run on the Democratic Party ticket and defeat traditional Democrats in the primary, such as the Costas boys (Paul and Dom Costa). The Costas were defeated by local DSA members Summer Lee and Sara Innamorato, who are now gliding to the Pennsylvania State House as elected socialists — actually, as officially elected “Democrats.”

But then, look at how the Democrats slide out of their slippery skins as they head out of the urban areas into more conservative districts in western Pennsylvania. Note the challengers to two conservative Republican congressmen in my backyard — two men of genuine conservative principles: Mike Kelly and Keith Rothfus. They are being challenged by, respectively, Ron DiNicola and Conor Lamb.

I had never heard of Ron DiNicola until some guy showed up at my doorstep last month with his son handing out literature for DiNicola and the entire Democratic Party ticket. Check out DiNicola’s profile. It’s just like the winning profile of Conor Lamb, who the Dems nabbed to win the Tim Murphy seat in a Republican and overwhelmingly pro-Trump district. DiNicola was a Marine, a boxer, the son of Italian immigrants — went to Harvard on the GI Bill, then on to Georgetown Law. As a lawyer, DiNicola is said to have represented the great Muhammed Ali for 30 years. Conor Lamb has a similar profile: a Marine, Irish Catholic, Central Catholic High School — went to U Penn Law.

They’re running as traditional Democrats — God and guns and country.

“This is the party of my grandfather,” contends Lamb, who must be utterly out of his mind to think that. “He believed in FDR.”

Seriously, Lamb? You think the party of abortion, gay marriage, transgenderism, Pelosi, Sanders, Hillary, and Obama is the party of FDR? If you believe that, why should anyone take you seriously? Do you actually misunderstand your party, your country, your culture, and reality that badly?

Just last week, right down the street from Lamb, Mark Salvas, executive director of the Allegheny County Democratic Party, resigned because of a backlash from Democrats over two Facebook posts, one of which was an alleged “offensive” and “insensitive” picture of him and his wife aside the words, “I stand for the flag, I kneel at the cross.”

“I’m not ashamed of my patriotism,” responded a defensive Salvas, a former Marine and Gulf War veteran, “not one bit. I fought for this country. I think I have a right to have a voice and be patriotic.”

DiNicola’s ads on local cable television are like a return to Ronald Reagan’s “Morning in America.” DiNicola’s TV ads tout “the Fighting Marine.” We see red-white-and-blue Ron with union guys in hard-hats. DiNicola is running as basically a conservative populist who, his radio ads promise, to the sound of a bell chiming in a boxing ring, will “deliver a knock-out punch to Washington!”

In reality, Ron DiNicola is surely hoping to go to Washington to fight for transgender bathroom bills and partial-birth abortion. And they run him as Rocky Marciano?

So, the Democrats find guys like Ron DiNicola and Conor Lamb to try to win conservative districts like those held by Kelly and Rothfus. And then, on a dime, they flip the switch and run socialists like Ocasio-Cortez and Summer Lee and Sara Innamorato in their city districts of radical-left liberals. And somewhere in between, they nab candidates like Kerri Evelyn Harris and Mikie Sherrill.

That’s their cunning modus operandi all over the country.

I ask the Democratic Party: Have you no principles?

Actually, they have one principle, or I should say purpose: to win and secure power. And then, above all, they hope to achieve the added purpose of impeaching Donald Trump.