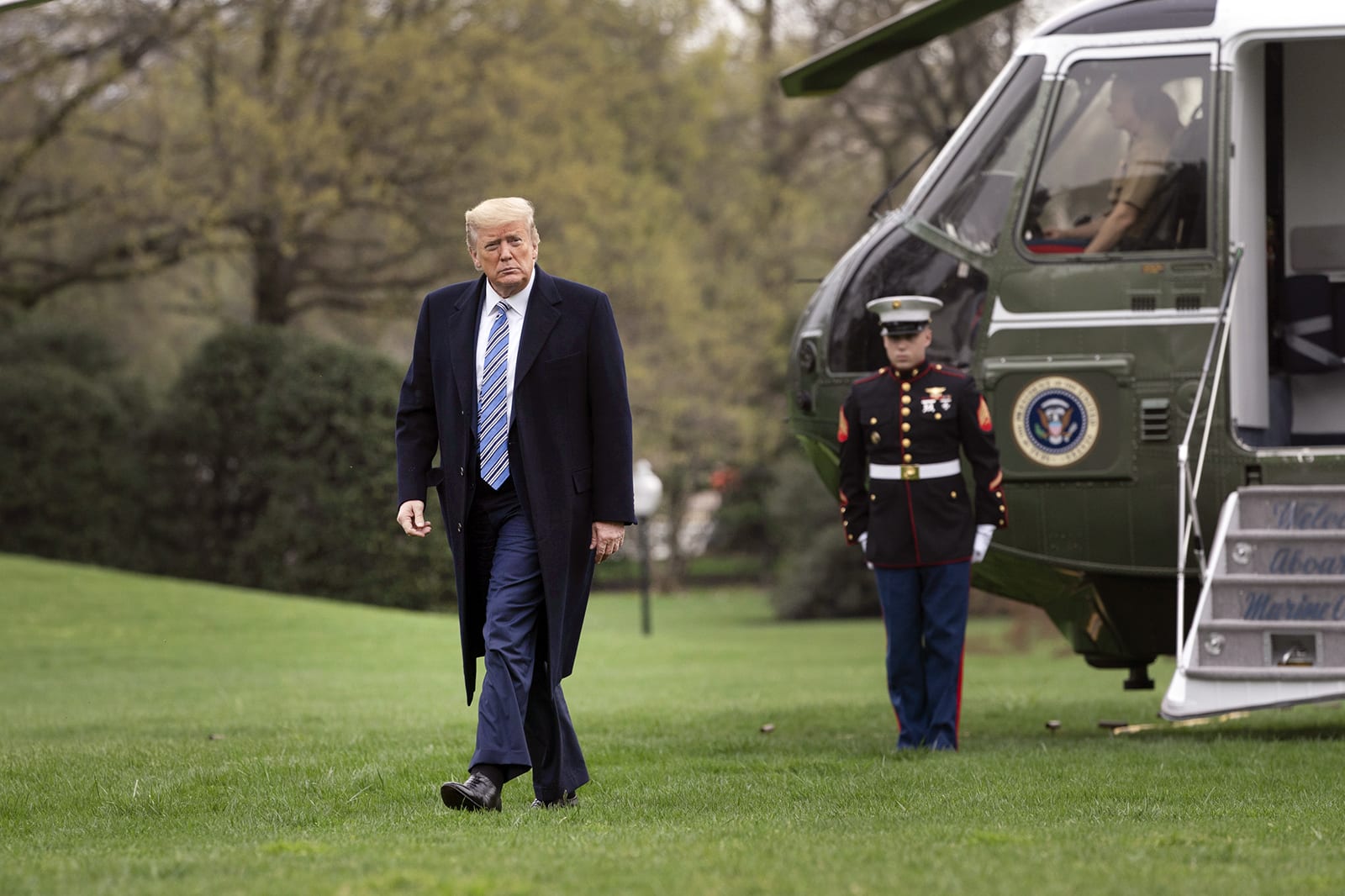 A pandemic descends and throws the country into peril and uncertainty. All are affected negatively, either put in direct or indirect danger or, at a minimum, asked to suffer extreme inconvenience. One group, however, may see the pandemic as an opportunity. Many factors brought on by the COVID-19 crisis have coalesced into a perfect storm of political advantage for the Left. I count seven.

First, the economy has tanked. After an economy at its highest point in decades and an unemployment rate at historically low levels, the Dow Jones Industrial average lost one-third of its worth in a matter of weeks and so many Americans have been thrown out of work that unemployment applications have broken all the records and have exceeded the 15 million mark. This eliminates President Trump’s major achievement — a roaring economy. Absent a dramatic and rapid rebound, when he hits the campaign trail — if there is a campaign trail — he can talk only of how great the economy was.

Second is the issue of reopening the economy. This looks to have been co-opted by progressives and the media and is now framed as a lose-lose for the president. On one side are Trump and conservatives, who want to see the economy opened safely up as soon as possible and see the country return to its pre-virus vitality. On the other side are the Democrats, who, out of either an excess of caution or an interest in political opportunity, seem to want the shutdown to continue as long as possible. Whatever their motives, maintaining the shutdown enhances their political chances. The longer the lockdown, the more difficult — and more lengthy — the recovery. The last thing they want is an economy roaring back around late September or early October.

At some point Trump will open up the economy to a chorus of denunciation from Democrats, who will say it’s too soon or Trump is acting injudiciously or from political motivation or some such. The media will parrot their accusations, and from that point on every death that occurs will be thrown at the feet of the president.

Third is the exponential growth of government. The coronavirus stimulus package and its scions, however many there are and whatever their merits, will pump trillions of dollars into the economy. Much of this money will go to legitimate recipients, true, but still, it’s trillions of dollars printed by the government and dumped into the economy. That means government grows and taxes increase, possibly substantially so.

The aid packages may expire over time. But we’ve seen the Democrats block emergency coronavirus funding with riders for the Green New Deal and other pork projects that had no bearing on the virus, even though time was of the essence and every minute the bill remained unpassed was a minute people were suffering. So we can only imagine how much more tenacious they will be about retaining the government lard after the COVID-19 crisis fades.

Fourth, and associated with the third point, is the increased dependence on government spawned by the pandemic. More people — many of whom will be new to the government transfer-payment world — receiving checks from the government means more people relying on government for their well-being. This is the sort of welfare windfall Democrats spend their whole public lives waiting for — the sort of crisis they are committed never to allow to go to waste — and here it is, dropped in their laps.

Fifth, the virus highlights how easy it is to strip the American public of its liberties. We shelter in place while in some localities drones monitor those daring to get out and about. How soon until smartphone data will be used for the same purpose? How many violations of rights have we seen? Local autocrats arrest dads for playing ball with their children in parks, yank people off public transport for not wearing masks, tell people what they can and cannot buy in stores, threaten the religious with violations if they worship together, and on and on. Now, maybe some restriction of liberty is necessary, even prudent, in this situation. But if the government can do it once, it can do it again. Doing it sans pushback — as seems to be happening now — will show them how easy it is and possibly encourage future attacks on citizens’ rights. Generally speaking, which party is more enamored of autocratic control of people’s activities and speech? Which of the two parties is the principal culture canceler and hate-speech detector? This pandemic is a teachable moment for how easy it is to bring the American people to heel.

Sixth, COVID-19 levels the presidential campaign playing field. It is the great equalizer. For Trump, it removes his greatest campaign tool — his rallies. They are entertaining; they are invigorating; they fire up his people; they pump up his ratings. They are the foremost weapon in his political arsenal. And as long as coronavirus consumes all the oxygen in the national airspace — and possibly long after the pandemic has passed, as the media and the Left fret about a “second wave” — they will not happen.

As for the Democrats, the coronavirus crisis removes their “champion” from the field. Joe Biden is not out on the campaign trail, dropping doozy quotes, misremembering events, losing track of where he is, and bollixing up his facts. He’s self-isolating somewhere in Delaware. A grueling campaign would have exposed his many liabilities — every day, many times a day, giving speeches, holding rallies, getting tired, wearing down, making a spectacle of himself, and underlining with every appearance his party’s lifeless, ultra-negative agenda.

And lastly, the longer the shutdown persists, the more noise we will hear about election logistics. Momentum will gather for a mail-ballot-only election. We remember what happened in 2018, where many races went from too close to call on election night to Democrat victories a week or so later, thanks to mail-in ballots. The opportunities for cheating with mail-in voting are many.

But President Trump has defied the odds — and weathered the attacks — countless times since he’s been elected. He has taken ownership of this issue and taken charge over this crisis, and his polls are strong. He is relentless, undeterred, energetic, commanding. If any political figure of recent memory can emerge a winner from a perfect storm of adversity as intense as this one, it is he.