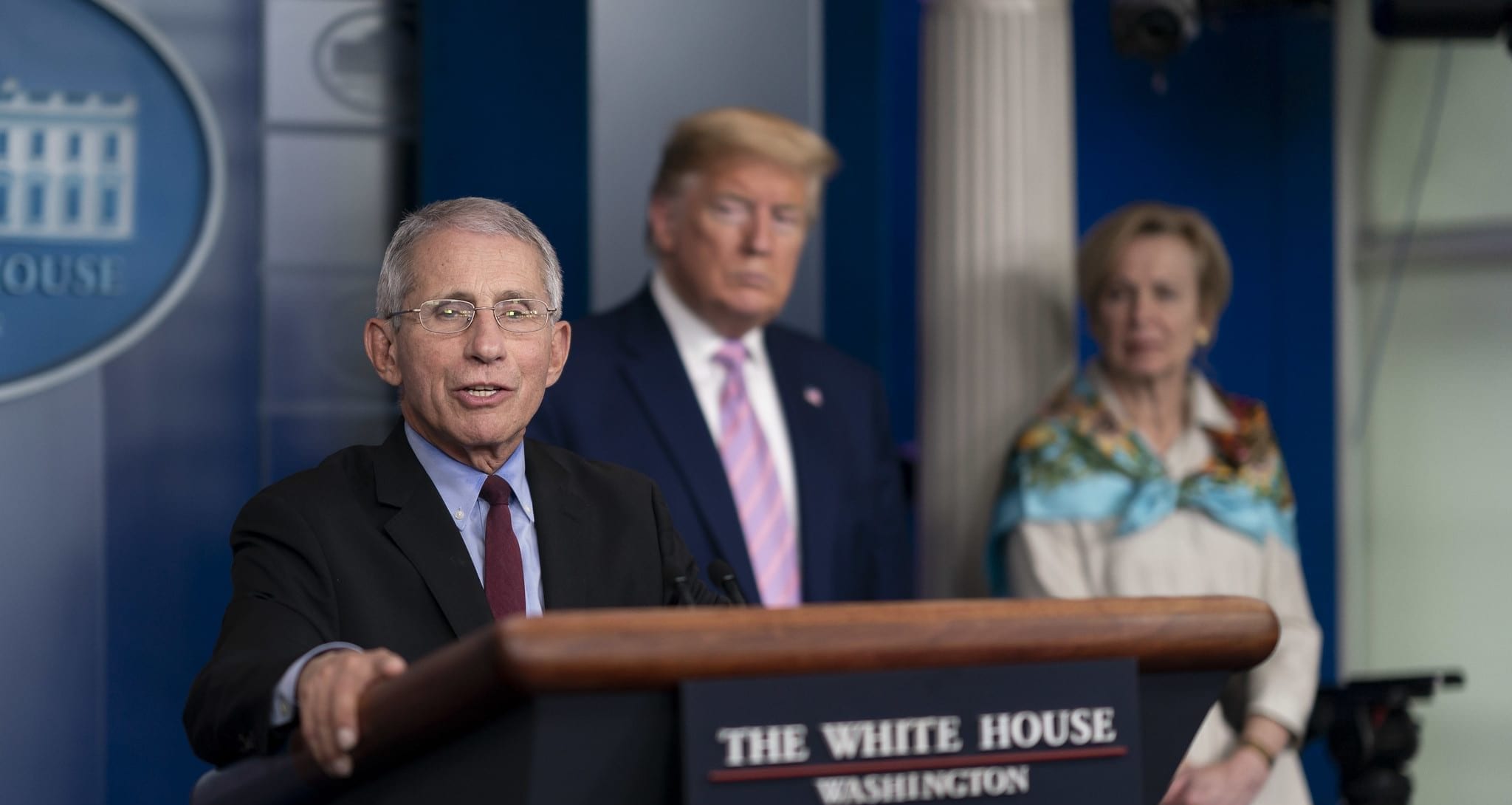 Two reckonings are due on the Wuhan virus, and both should begin soon.

Let’s call these two reckonings the Foreign Reckoning and the Domestic Reckoning, because our current national crisis of an imprisoned and dying economy has dual sources.

The Foreign Reckoning, as has been discussed in this space and elsewhere, has to do with China. There are those in a panic over the idea that a Cold War might be in the offing with the Chinese communists, but perhaps after 30 years of watching our political elite pander to them and sell out our manufacturing base and middle class to the ChiComs, with the Wuhan coronavirus as the ultimate payoff, a good Cold War is exactly what the doctor ordered.

China is not a good global citizen. China is a corruptor of world markets and global culture. China operates on a mercantilist, win-lose paradigm that has been destructive to all of its trading partners.

You don’t have to ask people in America’s Rust Belt. Ask Italy whether or not their relationship with China has been a net positive.

The virus has exposed all of this. It can’t be hidden from anymore.

Perhaps the reckoning is simply that we move our supply chain out of China and disperse it, or what of it isn’t repatriated, to other countries less likely to emerge as hostile. Hopefully, that will be sufficient to file down the teeth of the tiger.

But what can’t be done is to ignore the obvious fact that our forebearance with Chinese communists has been a mistake, and that relationship must change. We can no longer ignore China’s atrocious human rights record, its hideous product quality control, its constant lies, its increasing militarism, and its assault on individual liberties not just within its own borders.

The other reckoning is the domestic one. Because now that we’re starting to wake up to the fact we’re much further along the infection curve than we thought we were — which is China’s fault, as my column yesterday covered — a whole lot of our politicians and bureaucrats who plunged the country into the current national shutdown on the basis of what has turned out to be runaway hysteria are going to have to face the music.

Take, for example, Michigan’s mouth-breathing moron Gov. Gretchen Whitmer, who within the space of a week morphed from trying to outlaw hydroxychloroquine to demanding it from the national stockpile. Or New York’s leading clown Andrew “Sonny” (his brother is clearly Fredo, and there is certainly no Michael in that family) Cuomo, who toward the end of March ranted about which 26,000 of his constituents should be chosen for death because the feds sent him only 4,000 ventilators when what he needed was 30,000. Or California’s carnival communist Gavin Newsom, who openly boasted about how the Wuhan virus could be a catalyst to a new progressive future.

There should be a lot of scalp-taking of political leaders, particularly at the local and state levels, in order to cull from the herd those who have been most fervent in assailing the freedom of association and our Fourth Amendment rights. Putting bar owners and “non-essential” retail operators out of business while allowing abortion clinics and grocery stores to remain open is a stain on proper governance, and it ought to be damned expensive to the politician who made that call.

We need a few sacrificial lambs offered up for this shutdown. You can already tell that President Trump is about to put one or two of his people on the fire — if Deborah Birx and Anthony Fauci survive through to the summer, after spending the last month screeching down any positive statement about whether or not hydroxychloroquine works on the Wuhan virus, it would be a surprise.

Oh, but there’s been no clinical study!

Are you kidding? You’re in the middle of a viral outbreak and you think everybody needs to be under house arrest for the next five years before your clinical study can be completed? Doctors in the field have real patients and it’s their responsibility to cure them, and if the drug works on those patients, then make sure they have it.

Fauci has had his current job since before the Dallas Cowboys stopped being relevant to Super Bowl discussions, and what do we have to show for that? After billions of dollars spent, there’s no stockpile of hospital masks and gowns, the data modeling is garbage, there’s no ability to stay in front of the latest virus coming out of Chinese bio labs and wet markets after example after example shows us that’s where the next one will come from. Under what theory can it be said Fauci is legitimately good at his job?

When Trump soon sends Fauci packing, probably in an attempt to get ahead of the public irritation to come over the shutdown as he makes the call to get America back to work, it might be enough to save him from the reckoning. But the state-level leaders who play the Orange Man Bad game and insist on keeping their economies locked down long after it’s remotely plausible to do so ought to be politically set aflame by their voters, and they ought to be held up as examples of what happens when you play games with people’s liberties and livelihoods.

Oh, you say that the fact the death toll (which has been inflated anyway) would have been worse but for the social distancing? Really? How come your data models, like the hilariously inept IHME model, all had factored social distancing into their numbers and nevertheless turned out to be wrong?

No. Sorry. You don’t get to stand over the corpse of the American economy and brag about all the lives you saved. That should turbocharge the public outrage to come, not tamp it down.

There has been far too little pushback against this economic lockdown, and that doesn’t say good things about the America we currently live in. Far too many people have played the role of sheep, relentlessly echoing the media-driven hysteria of the Wuhan virus and slavishly adhering to the social-distancing mantras while tens of millions of livelihoods have been lost.

But redemption, and the reckoning, is close at hand. And those who have butchered this economy in the face of an overblown hysteria deserve nothing less than the full comeuppance from the public they’ve manipulated and abused.

Let’s get it going. The sooner the better.