by Robert Stacy McCain
A sweatshop in Prato, Italy, in 2007 (YouTube screenshot) 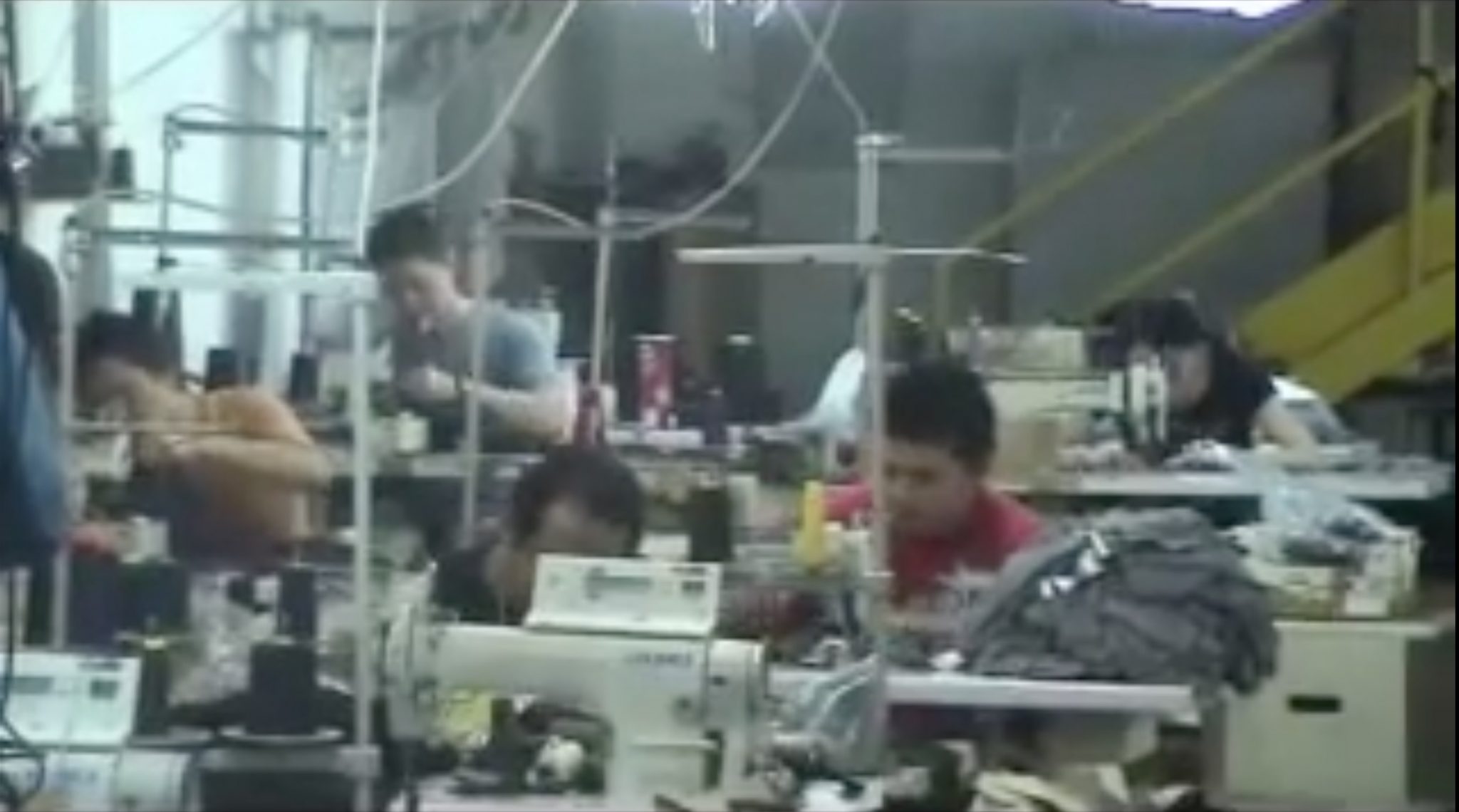 As the United States prepares for a second week of lockdown to slow the spread of the Chinese coronavirus (COVID-19), hundreds of people in Italy are dying every day from this disease. And the reason why Italy now has more coronavirus deaths than any other country can be summarized in a single word — luxury.

In the world of fashion, the “Made in Italy” tag has a distinct value associated with luxury and status. Merchants can charge higher prices for clothing, shoes, handbags, and other fashion goods manufactured in Italy, and that value was coveted by certain Chinese entrepreneurs. During the past three decades, more and more Chinese investors bought into textile and leather-good factories in northern Italy, and they brought over Chinese laborers to work in those factories. By 2010, there were reportedly 60,000 Chinese in Prato, an industrial suburb of Florence. To accommodate Italy’s new foreign labor force, nonstop flights were established between China and Rome.

None of this was a secret. The Chinese takeover of “Made in Italy” fashion was reported by, among other publications, the Chicago Tribune (“Chinese immigrants transform Italy’s fashion industry,” Jan. 2, 2009), the New York Times (“Chinese Remake the ‘Made in Italy’ Fashion Label,” Sept. 12, 2010), the BBC (“The Italian fashion capital being led by the Chinese,” Feb. 12, 2013), Reuters (“Italy’s Chinese garment workshops boom as workers suffer,” Dec. 29, 2013), the Associated Press (“Clashes amid Italy’s crackdown on its Chinese community,” July 1, 2016) and the New Yorker (“The Chinese Workers Who Assemble Designer Bags in Tuscany,” April 9, 2018). In the wake of the coronavirus outbreak, however, our media seem to have gotten a case of collective amnesia; readers and viewers are left mystified as to why Italy has become the epicenter of this pandemic.

After the coronavirus scare sent Italy into a nationwide lockdown earlier this month, several U.S. news organizations (including NPR, Time magazine, and ABC News) decided to address the question, “Why Italy?” Most of their answers had to do with demographics and aging, with Italy having a much larger proportion of senior citizens than other countries. None of them, however, made mention of the tens of thousands of Chinese laborers working in clothing plants in northern Italy, where their COVID-19 outbreak was first detected in February. Considering how the role of Chinese workers in the “Made in Italy” fashion boom had been so widely reported in the past decade, could it be that journalists suddenly forgot this fact? Or should we suspect that these reporters are deliberately overlooking the connection between Italy’s Chinese labor force and this deadly pandemic?

The size, location, and timing of Italy’s coronavirus outbreak all suggest that the disease was imported to the country directly from China. The first two cases reported in Italy were Chinese tourists who arrived in Rome in late January. Three weeks later, however, a 38-year-old man in the northern province of Lombardy showed up at a hospital with respiratory problems but had to wait 36 hours before he was tested for coronavirus, during which time “he had contact with hospital staff and visiting friends and family.” That Feb. 19 incident raises obvious question: How did a man in Lombardy get this virus? Why northern Italy and not somewhere else? Why late February? Well, it is customary for Chinese to travel home for Lunar New Year celebrations, which fell on Jan. 24 this year, and the incubation period for coronavirus is about two weeks. How many of the Chinese workers in northern Italy traveled to China in late January and returned to Italy — without symptoms but already infected with COVID-19 — in early February?

Researchers have reported that about 80 percent of those infected with the Wuhan virus have only mild symptoms, and some have no symptoms at all. Yet these “stealth” cases may be a major factor in transmission of the disease. None of the reports from Italy that I’ve seen indicate how many coronavirus patients there are Chinese. But, by early March, the Italian outbreak was so widespread that the direction of transmission was already going in the other direction, as Chinese people returning from Italy brought the disease back to China with them.

Many American cases of COVID-19 can be traced to the Italian outbreak, including the first case reported in New Hampshire, a person who had recently traveled to Italy, and the first case reported in Missouri, a college student who had been studying in Italy. Our media, however, seem more interested in accusing President Trump of racism than in explaining the factors that made Italy such a breeding ground for a disease that originated in China. Importing workers to manufacture “Made in Italy” fashion made luxury items cheaper. Now the full price is being paid, and it’s turning out to be painfully expensive.

Robert Stacy McCain
Follow Their Stories:
View More
Robert Stacy McCain is the author of Sex Trouble: Essays on Radical Feminism and the War Against Human Nature. He blogs at TheOtherMcCain.com.
Most Popular
Sign Up to Receive Our Latest Updates! Register
-->