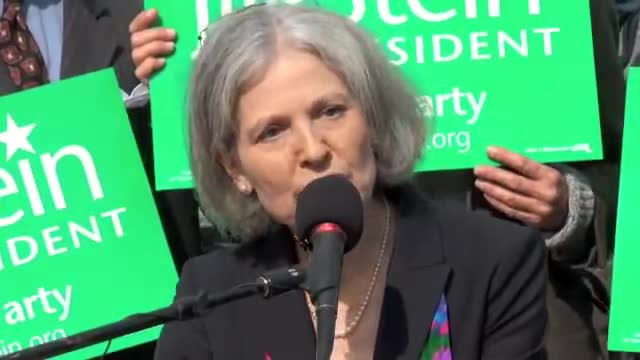 As the Democratic field shrinks, the threat from an independent run rises. Historical and current reasons show why a current Democrat contender could become an Independent pretender in November 2020. It is particularly acute from the left, where rapid expansion also could lead to increased frustration should liberals feel their growing influence and agenda inadequately addressed.

Third-party candidacies are nothing new to U.S. presidential elections. Neither as consistently large nor enduring as other nations’, America’s have been persistent. Since 1916, third parties have averaged 4.5 percent of the popular vote. In 2016, 5.9 percent of voters cast their votes for third party candidates.

As recently as 1996, third parties tallied 10 percent. There have been other notable peaks too: 19.6 percent in 1992, 13.9 percent in 1968, and 17.1 percent in 1924. These third-party peaks have had no single ideological tint: Perot was conservative; Anderson a moderate; Wallace and La Follette populists.

The Democrats’ hyper-expanded 2020 field is particularly fertile ground for such a bid. As candidates driven to run out of the Democratic primary contest, they could just keep on running.

According to 2016 exit polling, Clinton received 52 percent of moderate votes. Presumably, many are still long-time Democrats. Once Bullock or Delaney drops out (and currently RealClearPolitics’ average of national polling has them at a combined 1.4 percent in the primary field), they could be a moderate landing space.

The Democrats’ far bigger Independent threat comes from their burgeoning left. According to RealClear Politics’ latest national polling average, 59.9 percent of Democrats are currently supporting candidates on the left. For comparison, Sanders received just 43.2 percent of Democrat votes in 2016.

Such rapid expansion raises increased expectations. The Democrats’ crowded and competitive left-centric field will only stoke these. Inevitably, all will not be realized — particularly as the nominee tries to pivot to the center in the general election. This could open the door to any of many left candidates and supporters left out.

Considering their meteoric rise in the party, yet much smaller share in the general electorate (just 26 percent in 2016 exit polling), many on the left could feel: “If not now, when?” A desire to seize this once-in-a-lifetime opportunity and continue pushing the American political spectrum could prove extremely enticing. It could also appear extremely plausible.

With 60 percent of Democrats already embracing their collective Left, ample numbers exist for a continued effort outside the party. With a wide field of current left candidates and an expanded agenda, there are ample vehicles for an Independent run.

On a policy level, there will be those so committed to an issue — climate change, socialized health care, immigration reform — that they could deem it necessary to continue carrying the flag past the party nominee. An Independent run would immediately raise the issue and, to the mind of many, advance its cause.

On a political level, there is ready support. An Independent run would immediately draw the considerable inherent support for third parties to the individual candidate. America’s century-old average of 4.5 percent of the popular vote, or last election’s almost 6 percent, are large figures — especially considering how many in today’s Democrat field are missing the 2-percent figure for inclusion in the debates.

Coupled with an Independent run’s chance to tap into far greater numbers, it has never been easier to do so. Already, the ability to fundraise and communicate directly with followers has made many in both parties relatively independent political contractors.

On a personal level, once the White House bug has bitten, it is hard for many to recover. Having decided they are presidential material, most other endeavors begin to look immaterial. An Independent run can build name recognition and bank account alike and offer opportunities later.

Regardless of its ideological direction, a Democrats’ Independent run threat is real. It does not take much to make it serious. Despite getting a tiny percentage of votes nationally, Nader helped cost Gore Florida and the presidency in 2000.