by George Neumayr
Basilica of Our Lady of Peace in Yamoussoukro, Ivory Coast (Liking Leba/Shutterstock) 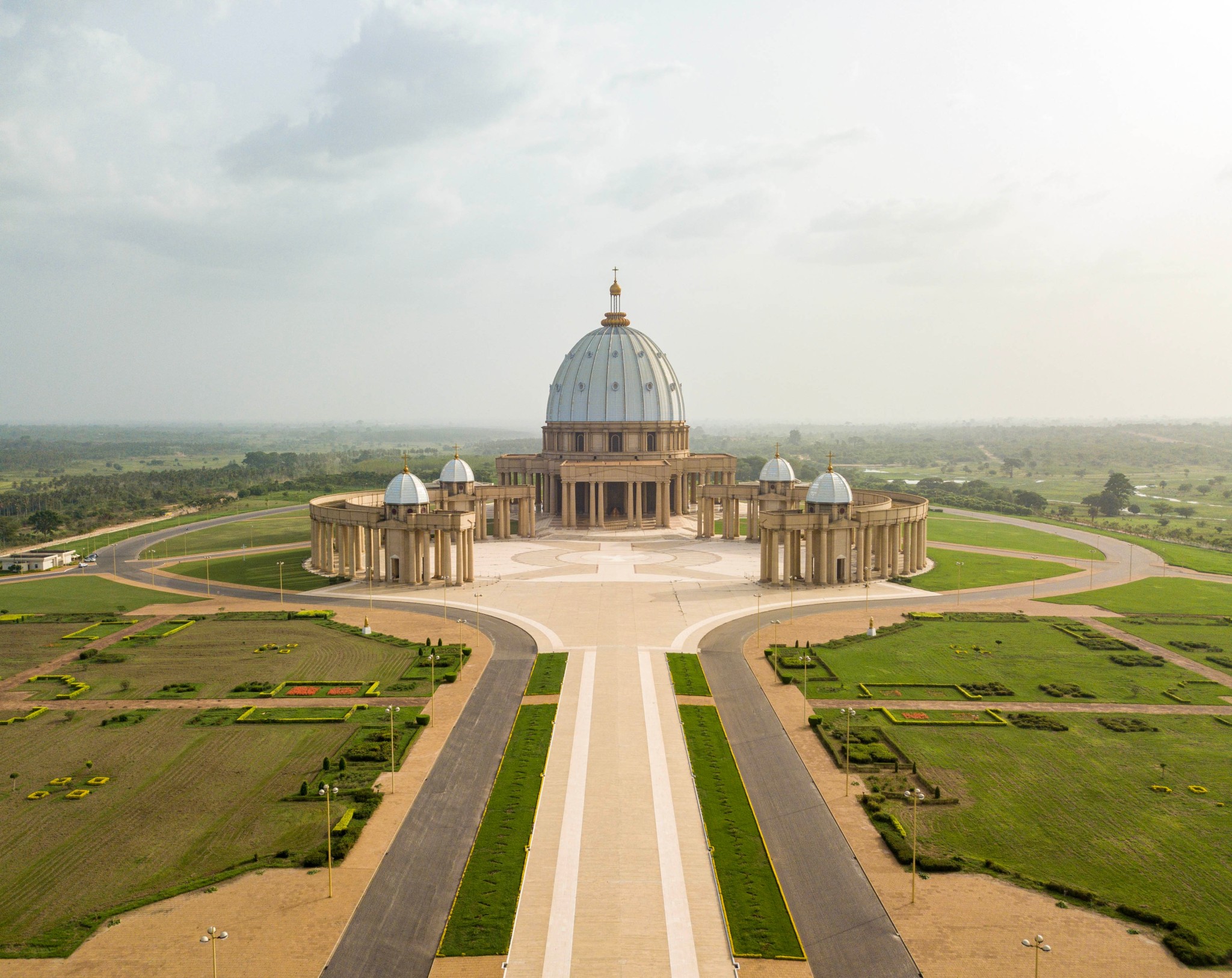 I spent Christmas traveling to the Republic of Côte d’Ivoire, Africa’s Ivory Coast. A few months ago, looking around for a new project, I developed a book proposal examining the condition of Christianity on the continent of Africa and what the Western Church could learn from it, both good and bad. Whether or not I can produce such a book remains to be seen, but I am writing this column from Grand Bassam, the old French colonial capital near Abidjan, the urban and financial center of Africa’s Ivory Coast.

Toward the end of doing preliminary research on the book without spending too much money, I purchased a ticket a month or so ago using 10 years of unused travel points on my credit card. The points covered the entire trip. But I soon discovered, thanks to Dr. Fauci’s COVID-based tyranny, that international travel is absurdly expensive and bureaucratic. I ended up dropping almost a grand on a negative COVID test, a yellow fever vax, and the visa. On Christmas morning, as I sat waiting for my flight to Abidjan via Brussels, I noticed to my dismay that a negative COVID test is required for entry into the Ivory Coast. So I went searching for a clinic to get one. The only clinic in Newark’s airport charged $250 for the test. It was a brutal introduction to the scam that is COVID testing. I asked the mean mandarin at the desk why the test costs so much and she just shrugged indifferently. But the kicker is that I didn’t even need it. After arriving in Abidjan, an aspiring Dr. Fauci at customs disregarded my negative result from the Newark clinic and demanded I submit to his test on the grounds that I am unvaccinated.

To be fair, he was the only official who gave me a hard time. Most of the “passport control” officials were easygoing, which seems to characterize the Ivory Coast’s population as a whole. I had heard that West Africans are “jolly,” but I wouldn’t quite apply that word to the folks I have met here. They are generally well-mannered and unobtrusive, but I also notice a certain wan quality in them, as if they know that the Ivory Coast has seen better days.

Of course, it has, but one isn’t supposed to notice the country’s decline since France gave up its colonial presence there. That decline is manifest in the squalor of parts of Grand Bassam, the former colonial capital which to this day retains remnants of impressive 19th-century French architecture. A visit to Grand Bassam offers a glimpse into the glory of French culture at its best and its enchanting power. French resorts there on the Atlantic ocean capture a bit of that atmosphere.

Downtown Grand Bassam, on the other hand, is dismal and disgusting and is vivid proof of the Ivory Coast’s decline since decolonization. The most rancid neighborhood sits near a Catholic parish, which is a measure also of the Church’s decline. Wouldn’t a functioning Catholic parish transform such a neighborhood for the better? That clearly hasn’t happened. I went into the church (called Immaculate Mary) around noon on Wednesday and found only one person praying inside. I saw a picture of Pope Francis and mused about the emptiness of his “social justice” message, evident in the fact that a Catholic parish in Grand Bassam is no longer civilizing it.

Had I visited that parish long before Vatican II and during its traditionally French Catholic period, the neighborhood around it would not have been an open sewer, as it is today.

The combination of Vatican II’s dilution of the faith and the disappearance of French colonial culture explains the fact that the Ivory Coast today is no longer majority-Christian but majority-Muslim. It enjoys a slight majority and wears its majority status lightly, it seems to me. The Islam practiced here appears as nonthreatening as the Ivory Coast people, manifesting itself largely in colorful dresses worn by polite and modest women. One congenial woman noted to me that Islam’s strength in the Ivory Coast isn’t that notable given Islam’s deep roots in the country. In other words, the country is reverting to its past after a Catholic interregnum.

“Social justice” Catholicism is failing everywhere, including along the Ivory Coast, where its pastors preach big government to a diminishing congregation living under shantytown conditions unimproved by socialism. Islam, to be sure, has its problems too. In 2016, Grand Bassam witnessed a brutal Islamic terrorist attack that resulted in the deaths of 18 people. The U.S. State Department continues to warn Americans about the possibility of terrorist attacks in the country. But, frankly, I have felt fairly safe here. While I found the neighborhood near the Catholic church appalling, I didn’t fear its Muslims. Abidjan and Grand Bassam, in a way, retain the cosmopolitan character and tolerant attitudes that once flourished under the French, who introduced into this part of the world a charm that still hasn’t disappeared.

To Trump: Your Support for Gay Propaganda Will Not Make America Great Again

The Pope’s Shameless Coddling of the Chicoms