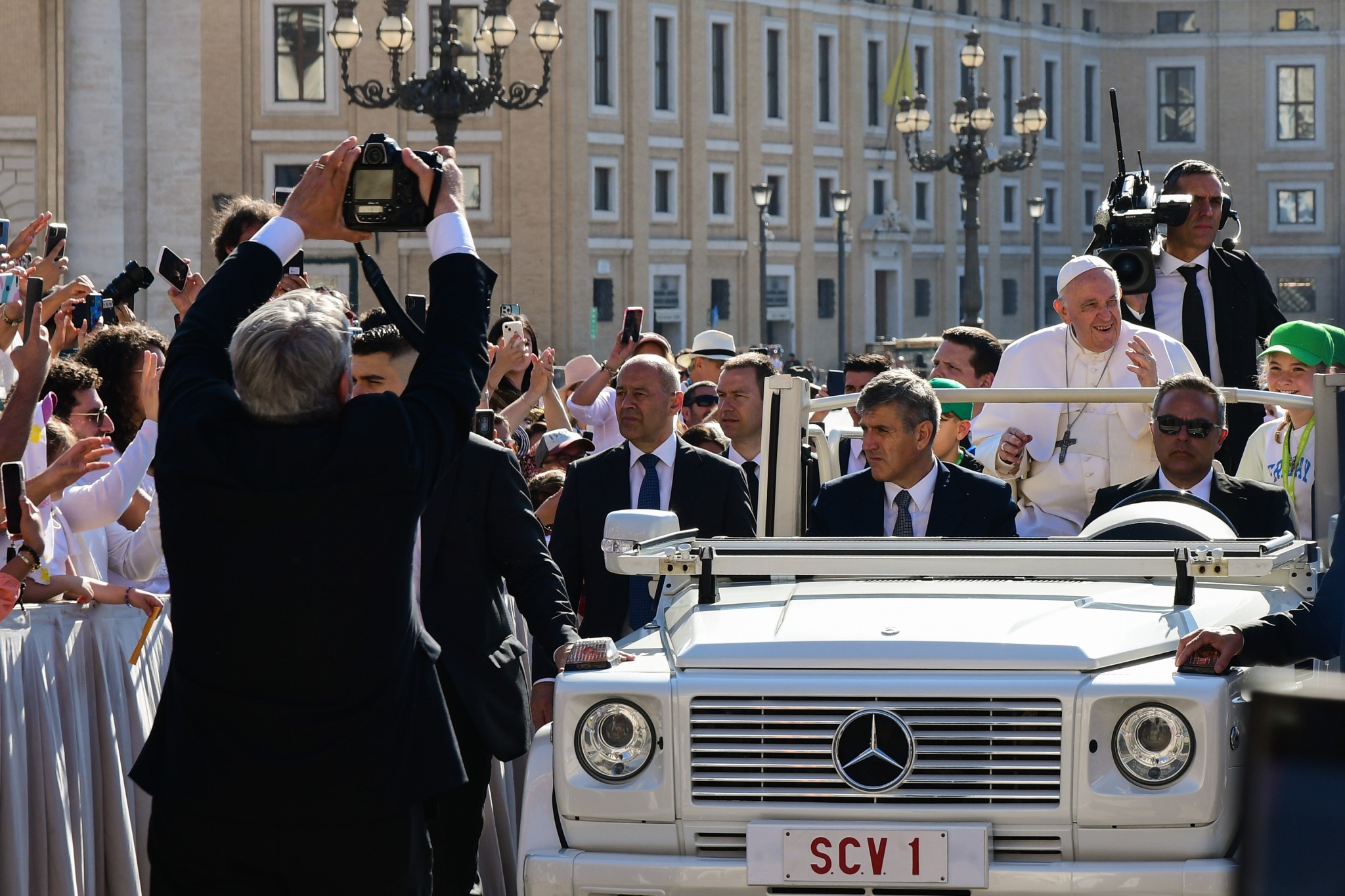 A fired Vatican auditor and his deputy are suing the Holy See for $9.25 million, “alleging they were sacked after discovering financial irregularities,” according to an account by Reuters this week. The auditor, Libero Milone, says that Pope Francis signed off on his firing in 2017 after he exposed graft-ridden Vatican officials.

Pope Francis appointed Milone to his position in 2015, ostensibly for the purpose of purifying the Vatican’s notoriously crooked finances and improving its financial practices. But, as usual, Pope Francis was more interested in talking a good game about “reform” than playing one. By 2017, he let the openly corrupt Cardinal Angelo Becciu, who is now on trial at the Vatican for graft, fire Milone. Becciu claimed that Milone “went against all the rules and was spying on the private lives of his superiors and staff, including me.”

It is obvious that a corrupt Vatican punished Milone for simply blowing the whistle on thieving prelates like Becciu. This isn’t even a close call. Becciu, as the Vatican’s own half-hearted trial against him is bringing out, was up to his eyeballs in graft. He fired Milone not for any real improprieties but for uncovering Vatican rackets.

Milone’s lawsuit will serve as yet another illustration of this pontificate’s bogus reform agenda. We were told at the beginning of it that Pope Francis would fumigate the foul odors of corrupt finance that have long wafted over the Vatican. (The recent Netflix documentary Vatican Girl revolves in large part around this longstanding culture of malfeasance at the Holy See.) All we have since then is business as usual, as Milone’s lawsuit punctuates.

The Milone matter has occasioned the usual finger-pointing at the Vatican. According to a whining Becciu, the pope put him up to firing Milone, reported the Catholic New Agency: “[Becciu] pointed to Pope Francis regarding the question of removing Milone. In a court interrogation that lasted almost eight hours, Becciu told a prosecutor the pope had called him to a meeting in June 2017, where the pope claimed that he no longer had trust in Milone and therefore wanted Becciu to contact the auditor and tell him he must resign.”

Pope Francis, for his part, has unconvincingly played the victim in this matter, according to Catholic News Agency: “Pope Francis used his 2017 Christmas address to criticize people who ‘betray the trust put in them’ and ‘wrongly declare themselves martyrs of the system, of a ‘Pope kept in the dark,’ of the ‘old guard.’” The pope was clearly referring to Milone. But it appears that Milone didn’t betray the pope. Rather, the pope betrayed him, giving him a charge to clean up Vatican finances and then firing him after he attempted to do so.

READ MORE BY GEORGE NEUMAYR: Is the Synod on Synodality a Hostile Takeover of the Catholic Faith?

The details of the case are startling, starting with the Vatican’s manhandling of Milone. “On June 19, 2017, the Vatican gendarmes entered the offices of the church’s chief auditor. They confiscated his phone and iPad, threw his papers on the floor and ordered the fire brigade to smash open a locked metal filing cabinet, from which they extracted a document that they said proved he was abusing resources to spy on top Vatican cardinals,” reported the New York Times. “‘Now you have to confess,’ they demanded, according to the auditor, Libero Milone. Faced, he said, with being thrown in a Vatican jail, Mr. Milone signed resignation papers.”

The Vatican is currently pursuing a criminal investigation against Milone, who describes the investigation as nothing more than a shameful bid to silence him. Reported the New York Times:

“I was discovering things that somebody wanted to keep undercover,” Mr. Milone told a handful of journalists as he filed a lawsuit last week in the Vatican court against the Vatican’s Secretariat of State, its most powerful department, and the current auditor general. “All these matters were reported to the pope. I wasn’t spying. I was doing my job.”

“I didn’t know that I would find cardinals putting money in their pocket, but I found it. And I told him,” he said of Pope Francis.

One of the sad marks of this pontificate is its open hypocrisy: The pope likes to inveigh against the “greed” of capitalists even as he conceals the greed of his cardinals. The PR-driven Vatican trial against Becciu appears to mean very little. If the pope were truly serious about smoking out Becciu, he would have protected, not fired, Milone and his deputy.

The normally outspoken Jorge Bergoglio has been silent about this scandalous sacking, and with good reason: It makes him look as dishonest as his colleagues. Far from challenging the status quo at the Vatican, the pope has solidified it. Neither moral reform nor financial reform at the Vatican particularly interest him. What gets his juices flowing are worldly political issues and the power to influence them. Jesus Christ said to the charlatans of his day, “Physician, heal thyself” — an injunction that sadly applies to his vicar.