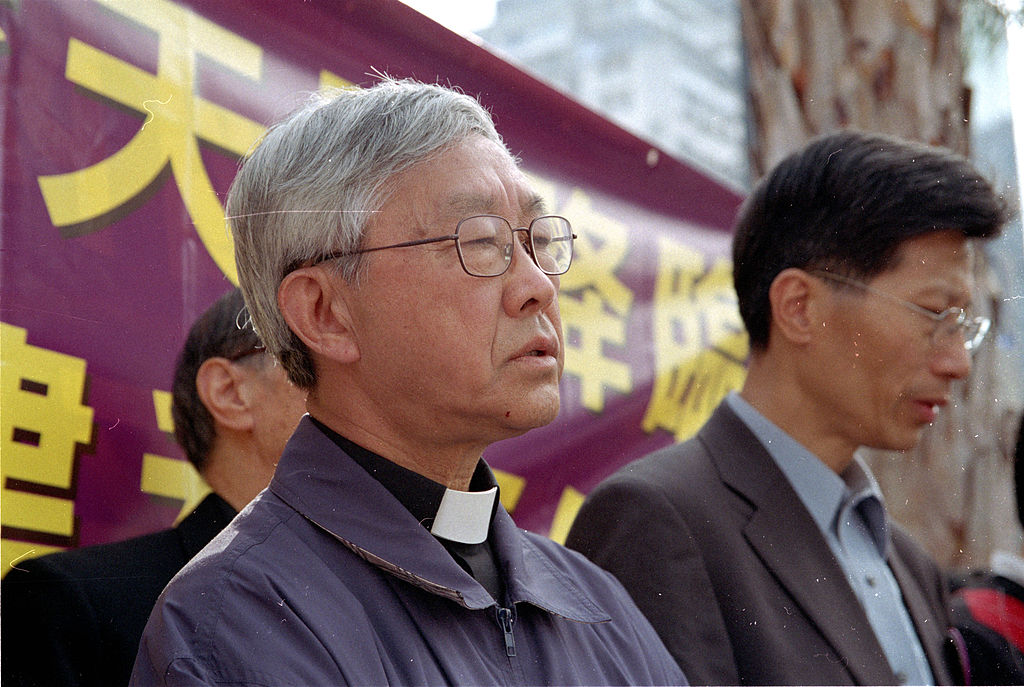 Early in his papacy, Pope Francis tweeted out, “Inequality is the root of social evil.” That statement remains a defining moment of his pontificate. Contained in that one remark is a Marxist mindset alien to the Church’s teachings which has animated many of the pope’s worst policies, including his appallingly sympathetic treatment of China’s brutal regime. One of his Argentine cronies at the Vatican, Bishop Marcel Sorondo, has said with a straight face, “[A]t this moment, those who best realize the social doctrine of the Church are the Chinese.” Tell that to the millions of Chinese peasants suffering under the Marxist heel of crude Chicoms for whom the degradation of human life is routine. Forced equality, not inequality, is the root of social evil in China.

Cardinal Joseph Zen was found guilty of an imaginary offense recently in a Chinese kangaroo court without even a murmur from the pope.

According to most popes until this one, the root of evil lies in Satan’s refusal to accept inequality. I will not serve, Satan told God, rebelling against the truth that a creature is subordinate to his creator. Satan was the first champion of socialist egalitarianism, which explains why the Chicago activist Saul Alinsky gave tribute to him in his book Rules for Radicals. Alinsky cast Satan as a defender of the “have nots.” Alinsky even said that he would prefer hell to heaven, as the former is full of admirable “have nots.”

The God-ordained hierarchy of life is hateful to socialists. They deplore his order of things and seek to erase it through socialist tyranny. Religion in general and Catholicism in particular stand as an impediment to the fulfillment of their vision. Hence, their first order of business whenever they take power in a country is to persecute the truly religious and hijack their institutions. The shameful agreement the Vatican reached with the Chinese government facilitates that hijacking.

Recently, the Chinese appointed an auxiliary bishop without any input from the pope. He expressed surprise at this development, but essentially said that he has no intention of backing off his power-sharing agreement with the Chinese communists. “Dialogue is the way of the best diplomacy,” he said. “I have opted for the way of dialogue. It is slow, it has its failures, it has its successes, but I cannot find another way.” His predecessors could. They refused to surrender the Church’s autonomy to the butchers of Beijing.

Could anyone imagine Pope Francis letting, say, Donald Trump influence the selection of bishops in the United States? That is inconceivable. Yet that is the pope’s policy toward the most ruthless regime in the world.

Meanwhile, the Vatican offers no support to persecuted priests and bishops in China. Cardinal Joseph Zen was found guilty of an imaginary offense recently in a Chinese kangaroo court without even a murmur from the pope. This is disgusting. Zen has rightly noted the pope’s absurd sentimentality about communism — that he romanticizes it as the ideology of the persecuted rather than the persecuting. He chalks that delusion up to the pope’s Argentine background.

Zen is right. The pope was steeped in communist virtue-signaling and Yankee-hating during his formative years in Argentina. The pope has credited communists with shaping his understanding of “social justice.” He continues to make the outrageous assertion that communists have “stolen” Christianity’s flag on many occasions. To many of his predecessors, such babble would have been flabbergasting. They declared socialism’s contempt for freedom — after all, it permits inequalities! — utterly incompatible with the teachings of Christianity. Far from justifying socialism, as the pope seems to assume, Catholic “social justice” rules it out. Under socialism, “social justice” is neither social nor just. It poisons society and leads to gross injustices in the name of forced equality. Ask almost anyone who has lived in a socialist country if “inequality is the root of social evil” and they will either wince or chuckle grimly.

The first victims of socialism are the poor, the supposed beneficiaries of “social justice.” No one is poorer than the poor in countries like China and Cuba. It is only in economically free countries that the poor have any hope of transcending their misery.

In the end, socialism is an attack on the body and the soul, depriving the people of material goods and access to true religion. The only equality it achieves is the ignoble equality of uniform unhappiness. The pope’s glib remarks in defense of the Chinese communists are a stain on his legacy.

Religion, said Karl Marx, is the opiate of the people. The implication of his remark was that government would replace God. Marx, by the way, dabbled in satanism in college and composed poetry disapproving of God’s organization of the universe. He hated God’s “unequal” hierarchy. Like Satan, Marx would not serve what he saw as an unfair God. His ideology introduced monstrous suffering and lies into the world, from which it still hasn’t recovered. Most popes fought this poison. This pope has largely swallowed it.