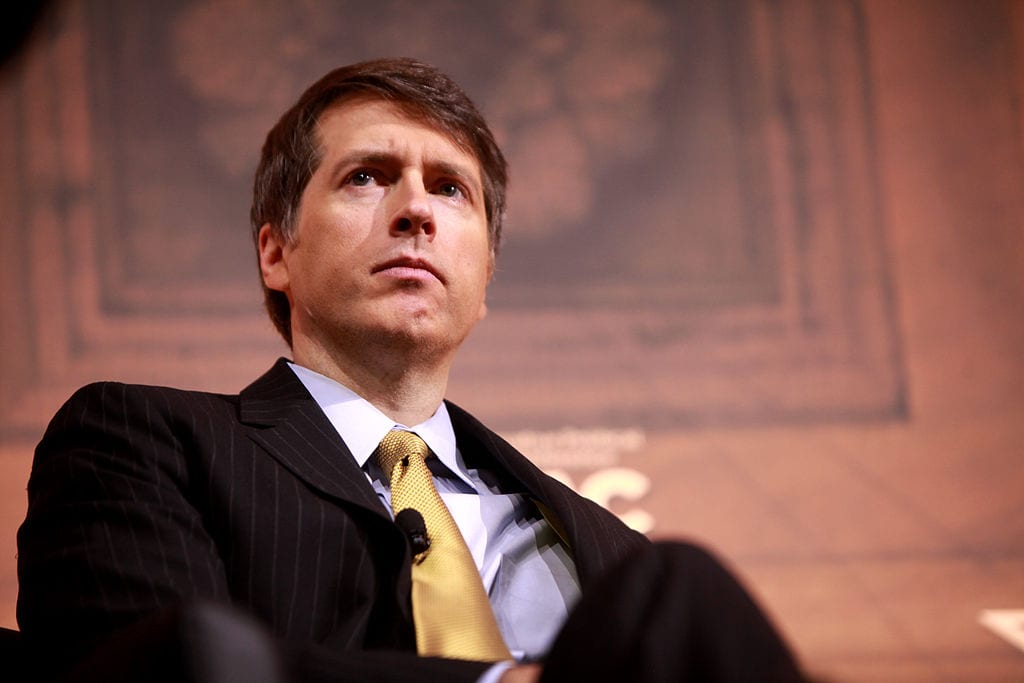 When I first heard of the hullabaloo surrounding the visit to the Lincoln Monument by students of Covington Catholic High School in Kentucky, as they took a side trip to that Washington attraction following their participation in the massive annual March for Life in the nation’s capital, it didn’t take much effort on my part to recognize a fraud.

The elements were all there. First was the white-hot outrage of the usual suspects on social media and at the cable networks focusing on one “villain,” a teenager named Nick Sandmann whose face became the emblem of the controversy. No such outrage ever seems to follow the truly guilty when it’s the Alyssa Milanos and Kathy Griffins of the world supplying it.

Second was the racial element. The Covington kids are almost all white, and Sandmann and his compatriots were caught on video in a confrontation with people who were not white, and given the outrage of the usual suspects and the temperature of the rhetoric against them it was a fairly safe bet there would be no evidence they’d have committed any real sin — the Duke Lacrosse case and the Rolling Stone rape fraud at the University of Virginia created the template for what played out last week, and when the full factual record played out it happened just like the Duke and UVA cases.

And third was the supposed hero of the Covington case, an aging professional agitator of Native American extraction named Nathan Phillips, who magically appeared on the scene with a drum and a chant with which to engage the high schoolers. It’s rare that normal people of good faith who are not looking for a confrontation would engage others in such a way, and Phillips was shown to be fairly clearly none of those things in short order once he and his story began to be vetted.

All it took was a little bit of time and the inevitable flow of the facts and the conjured-up tempest over the Covington kids would soon be exposed as a fraud. That was obvious.

But for some reason the pundit class, even on the Right, joined in the fray. For example, a National Review contributor named Nick Frankovich took to that site’s live blog “The Corner” to post a scathing rebuke of the Covington kids for smirking at and mocking Phillips and his drum. Rich Lowry took to Twitter to upbraid the boys for being “obnoxious, dumb and disrespectful” even after the facts began to pull apart the original contrivance. Ben Shapiro retweeted Lowry.

There were lots of others.

But within the space of a couple of days after the initial outrage, the story that a group of high schoolers had surrounded a Native American elder and engaged in boorish behavior while wearing Make America Great Again hats had been completely debunked. What actually happened was that the Covington kids had been set upon by a cultish group of nuts called the Black Hebrew Israelites, who assailed them with epithets like “racists,” “bigots,” “white crackers,” “faggots,” and “incest kids.” And their response to such provocation was not to engage in violence or provocative language of their own but rather to attempt to drown out the Black Israelites with their high school cheers and chants.

And it was then when Phillips appeared on the scene with his drum. He claimed that he stepped between the two groups in an effort to make peace, which is a highly dubious contention bought wholesale by the mainstream media and far too many conservative pundits — and when Phillips’ past history as a Stolen Valor military fraud, a paid Standing Rock pipeline protester, and an attempted disruptor of Catholic church services came to light, egg was everywhere among the faces of the chattering classes. What Phillips really did was to invade Sandmann’s personal space, beating his drum and chanting at him — as the complete video shows. And even after that became clear Phillips is still on TV demanding an apology, while Covington Catholic had to temporarily shut down amid death threats and harassing phone calls.

And since then there has been much discussion about why the “smart set” like Shapiro, Lowry, the National Review crowd (the magazine offered up what looked like an apology for Frankovich’s scolding of the Covington kids but read much more like a self-absolution; it was not received well) and the others fell for the cooked-up scandal at the Lincoln Memorial.

Further, the same crowd of call-out conservatives, the nags who constantly are telling us which Republican lawmaker or presidential aide or Fox News anchor must be reprimanded for one imagined offense or another, have been silent on calling out their own tribe for joining the Covington High School outrage mob. Where is David French “calling out” his pal, Bill Kristol, for his two (deleted) tweets about the kids, including calling them “MAGA brats”? Where are the Referees of the Right demanding that Ana Navarro or Ben Howe or Jennifer Rubin apologize for vilifying innocent kids? Where are the conspiracy trackers like Jim Swift condemning Jim Swift for peddling this fiction? And why isn’t one conservative demanding that S.E. Cupp be fired from CNN for slandering these kids on her program? (She unconvincingly apologized on Twitter on Monday.)

When the Trump era is over, there will be a long list of journalists, opinion outlets, and commentators who have irretrievably lost their credibility. That list will include many “conservative” influencers who betrayed pro-life religious teenagers at the behest of the Left’s ongoing lynch mob. Shameful.

Ace of Spades was even less complimentary…

All of these hypocritical moralists claim it is their Sacred Conservative Duty to “patrol the right” for its sins, and yet when one of their own tribesmen, a NeverTrumper, sins, they’re silent as churchmice and they pretend they don’t know nuffin’.

They’re not “patrolling their own,” because we’re not their own. They’re doing what every nasty hack does: Patrolling The other. We’re The Other to them, so they patrol us, a vindictive, score-settling operation that they pretend is noble and self-sacrificing.

If they haven’t made it clear enough yet: They consider you to be their ENEMY.

When one of their actual own does something shameful — it’s time for the Code of Omerta. Now their “Sacred Conservative Duty to patrol the right” turns into “Never go against The Family.”

What I have to add to this is less a calling out of the “call-out conservatives” and more of an explanation for why we constantly have this phenomenon of that crowd joining the Left so often when these fake outrages surface.

Which is that there are two species of conservative pundits, and they’re defined by who they write for.

The Lowrys of the world operate in the sphere of the think tanks, corporate media, and newspaper syndication — so while they certainly welcome the largest audience they can generate their primary readership and viewership is the check-writers — think tank donors, corporate bosses, and so on. In some cases those are conservatives, and in some cases they aren’t. But even when the money is conservative, it’s usually Establishment — in other words, people who regardless of their political orientation must live and work and socialize with the Left in major markets across the country.

And there is only so much combativeness one is allowed when rubbing elbows with Those Who Count in Washington, New York, and Los Angeles. So when all the cable networks and “responsible” leftist news organizations like the New York Times and Washington Post go with a cooked-up fraud like the Covington kids’ ordeal, the pressure on the Establishment conservative commentariat to join the lynch mob is intense — after all, it won’t do not to follow the fashion of the smart set if one wishes to remain marketable. Who wants to be Milo Yiannopoulos or Gavin McInnes nowadays, after all?

That’s why so many of the “respectable” pundits on the Right were taken in by the Covington kids story, just like so many fell for the Ferguson narrative, or the scam at the border regarding the children being separated from their parents, or any number of the other ubiquitous deceptions we’re deluged with.

Who on the Right doesn’t get taken in by these scams? You’ll notice it’s often the talk radio crowd.

Why? Because their audience isn’t the check-writers. It’s the middle class folks fighting traffic on the roads. And the middle class is far less interested in what the “smart set” at the Beltway and Manhattan cocktail parties thinks. There is very little pressure on the talk radio conservatives to “police” the Right, or to rush to judgment against the police or some high school kid in a MAGA hat when something goes wrong.

This isn’t to say that Rush Limbaugh has all the answers and Ben Shapiro — who to his credit did offer a fairly well-written takedown of the terrible performance of the mainstream media in the Covington kids case, though it rang a bit hollow given that he was on the wrong side of the case and never apologized — has nothing to offer. I’m not going to call the people at National Reviewsellouts and “cruise-ship conservatives” — that kind of talk is no more productive than joining in on the lynch mobs is.

But by now it’s past time that the folks who want to assume the mantle of responsibility for offering balance in the media start taking that role seriously. Your job is not to make nice with the serial fabulists and outrage-mongers like Shaun King and the staff at CNN — it’s to push back against them. And at this point you should never accept their representations at face value, regardless of what they are.

If that puts a dent in your earning capacity, so be it. After all, the Trump economy contains lots of economic opportunities. “Call-out conservatism” isn’t the only job that pays.