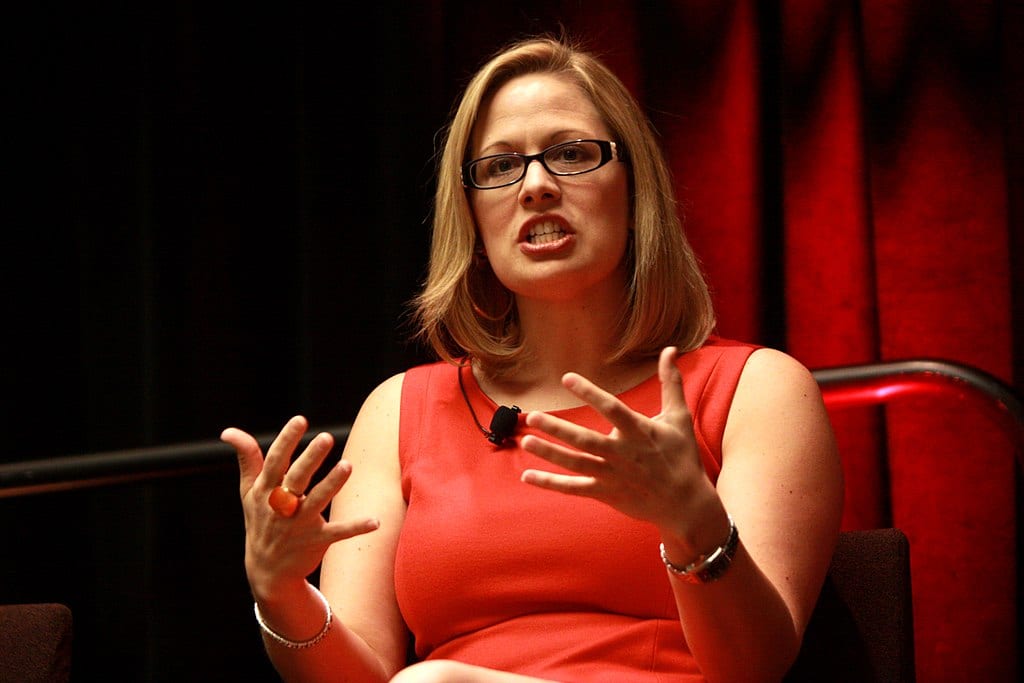 In losing the battle over Brett Kavanaugh Democrats may have lost the war over future Brett Kavanaughs. The U.S. Senate, in play prior to the bitter confirmation hearings, now looks like a lost cause.

Republican Martha McSally, who consistently trailed in the polls, now leads Kyrsten Sinema by six points in the Arizona Senate race. Republican incumbent Dean Heller, also behind in past polls, now runs slightly ahead of Jacky Rosen in Nevada. Marsha Blackburn, who trailed in most but not all recent polls, now holds a commanding eight-point lead over Democrat Phil Bredesen in Tennessee. Once competitive races in Texas and North Dakota now look out of reach for Democrats.

Bovada, which places odds on political contests as they do on sporting ones, sees the Florida race as a pick ’em, Republican Josh Hawley as a bet-$165-to-win-$100 favorite in Missouri, and Martha McSally as a slight favorite in Arizona. FiveThirtyEight, still smarting over its wildly wrong 2016 forecast, gives Republicans better than four chances in five to retain the upper chamber.

If the odds don’t add up for Democrats in particular races, the math does not add up for them when considering the general prospect of them winning the Senate. Due to Barack Obama’s 2012 coattails and the headwinds at George W. Bush in 2006, Democrats defend 26 Senate seats (including two independents who caucus with them) to the nine the Republicans do. Always an uphill battle, the Democrat drive to net two additional seats to flip a 51-49 disadvantage to their advantage now looks more like a pipe dream. A more likely scenario sees Republicans adding to their Senate majority, making the path for any Supreme Court nomination Donald Trump makes in the coming years easier than Kavanaugh’s.

What turned the blue wave into an undertow?

Factors particular to each race influence the shifting numbers. Unearthed footage showing Democrat Kyrsten Sinema calling the state she wants to elect her “crazy” to a Texas audience and telling them to “stop your state from becoming Arizona” surely impedes her chances more than anything occurring in Washington. But the Kavanaugh factor looks like it impacted all races, with a particular nudge in Red states. The prospect of the very same people turning serious confirmation hearings into a WWE Raw card ruling over the Senate frightened away many independents. Beyond this, it awoke the same sleeping giant that elected Donald Trump. Democrats, already energized by the mere fact of Donald Trump’s presidency, did not need added incentive to bring them to the polls. Republicans, who looked complacent, did. Democrats should have fed them a soporific. Instead, they injected Republicans with a stimulant.

The reasons for the Republican turnaround seem hard for liberals to admit. Eric Levitz in the “Intelligencer” floated the idea that “Kavanaugh’s confirmation process polarized the electorate in a manner that benefits Democrats nationally, but hurts them on the 2018 Senate map’s overwhelmingly red terrain.” Politico depicted one Democrat’s support for Kavanaugh as harming him in the South. “Tennessee Democrat Phil Bredesen is facing backlash from some of the staunchest supporters of his Senate campaign after coming out in support of Brett Kavanaugh’s confirmation to the Supreme Court,” the publication reported.

However one wishes to explain it, the reality that poll numbers dropped noticeably after the Kavanaugh confirmation hearings seems hard to deny.

Chuck Schumer, Dianne Feinstein, Cory Booker, Kamala Harris, and other Democrats pushing the scorched earth Kavanaugh policy reside in deep-blue cities in deep-blue states. Their constituents may appreciate them fighting the good fight and they appear immune from any consequences from overreach. But most of the states up for grabs fall in red or purple areas of the country. The drooling, shiny-eyed face displayed by Democrats, and their sandwich-board wearing supporters, during the hearings alienated independents and electrified Republicans.

Beware of Blue waves that break early. They create a terrible undertow.