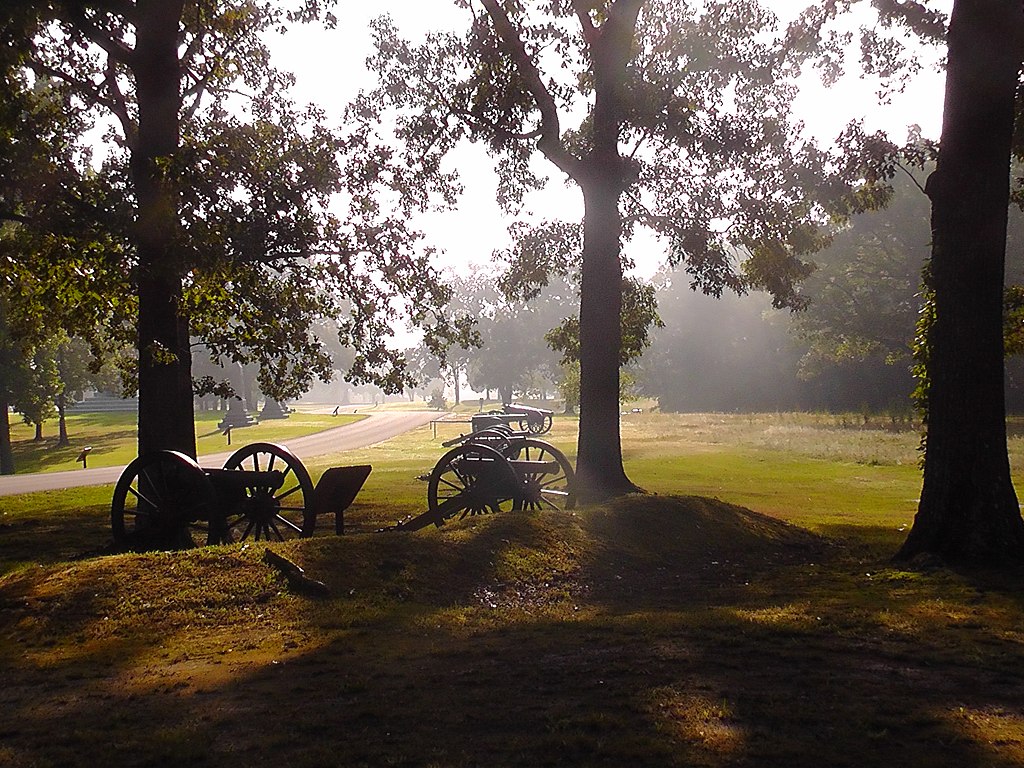 April 6-7, 2022, marks the 160th anniversary of the Battle of Shiloh, a furious struggle fought in southwestern Tennessee. Author Larry J. Daniel called it “the battle that changed the Civil War.” The total American casualties (dead, wounded, captured, and missing) at Shiloh, 23,741, exceeded those of all three of America’s previous wars combined. Historian Shelby Foote called it “the first great modern battle.” Union Gen. Ulysses Grant remarked that after Shiloh, “I gave up all idea of saving the Union except by complete conquest.”

Those of us who live in the eastern United States tend to think about the great battles in Virginia, Maryland, and Pennsylvania when reflecting on the Civil War. Shiloh was fought in the “western” theater of the war, which many revisionist historians believe was crucial to the eventual Union victory. And Shiloh was the first mass-casualty battle of the war. Soldiers on both sides who fought there compared all future battles to Shiloh.

The battle got its name from a small Methodist log chapel situated near the center of the battlefield. Shiloh chapel (the name ironically translates to “place of peace”) served as Union field headquarters at the beginning of the battle. Union forces commanded by Grant had traveled to Shiloh via the Tennessee River after winning victories at Forts Henry and Donelson. They disembarked at a place called Pittsburg Landing.

The battlefield was bordered on the east by the Tennessee River, on the west by Owl Creek, to the north by Snake Creek, and to the southeast by Lick Creek. Union forces numbered a little over 65,000, while Confederate forces totaled nearly 45,000.

On the morning of April 6, 1862, Confederate troops under the overall command of Gen. Albert Sidney Johnston moved north toward the Union lines from Corinth, just over the Mississippi border. A Confederate scouting party pressed forward into Fraley Field where they saw a small Union reconnaissance force approaching. Shots were exchanged. The fighting escalated. In Shelby Foote’s immortal words, “The guns of Shiloh were jarring the earth.”

Johnston ordered a full-scale attack, bragging to his staff: “Tonight we will water our horses in the Tennessee River.” Johnston would die later that day after being struck in the leg by a sniper’s bullet. Union forces were taken by surprise at the size of the Confederate assault. Union Gen. William Sherman’s forces, camped around Shiloh chapel, were soon overrun. And Confederate forces pressed forward, causing Union Gen. Benjamin Prentiss to retreat across a sunken road to a field that would later be remembered as the “Hornet’s Nest.” Grant ordered Prentiss to hold the position “at all hazards.” Prentiss’s men stubbornly held the position against repeated Confederate assaults. One Confederate soldier in the midst of tree branches snapping and musket balls whizzing nearby remarked, “It’s a hornet’s nest in there.” Shelby Foote memorably described the fighting there: “A dozen separate full-scale assaults had been launched against the sunken road, each one over a thickening carpet of dead and wounded. All twelve had failed.” But the final assault, launched after 62 guns opened up on the Union position, did not fail. Again, Shelby Foote: “When those guns opened, clump by clump, then all together, blending their separate crashes into one continuous roar, it was as if the Hornet’s Nest exploded, inclosing its defenders in a smoky, flame-cracked din of flying clods, splintered trees, uprooted brush, and whirring metal.” Prentiss surrendered; half of his troops had become casualties.

At day’s end on April 6, Grant’s forces had been driven back to the Tennessee River. But more Union troops were entering the field of battle under the command of Gens. Lew Wallace (later of Ben Hur fame) and Don Carlos Buell. That evening Grant huddled with Sherman who remarked, “Well Grant, we’ve had the devil’s own day, haven’t we?” Grant replied: “Yes, lick’em tomorrow, though.”

The next day, with fresh Union troops, Grant’s forces reversed the tide of battle. The fighting on the second day was again fierce, but Union forces recaptured their original positions and chased the Confederates from the field. It was a costly Union victory. One out of every four combatants who fought at Shiloh were casualties. Union dead numbered nearly 1,800, more than 8,000 Union soldiers were wounded, while nearly 2,900 were captured. Confederate losses were about 1,700 killed, more than 8,000 wounded, and nearly 1,000 missing.

The National Park Service has kept the Shiloh battlefield in pristine condition — its more than 5,000 acres is well worth a visit. You can tour Fraley Field where the battle began along Corinth Road, then move north to see a replica of Shiloh chapel and east to the sunken road and the Hornet’s Nest and on to Pittsburg Landing along the Tennessee River. And if possible, go there in early April to get a sense of the climate and the color of the scenery at the time of the battle.

Shiloh foreshadowed the future mass-casualty battles of the war — Antietam, Fredericksburg, Chancellorsville, Gettysburg, the Wilderness, Spotsylvania Courthouse, Chickamauga. The carnage at Shiloh put an end to hopes on both sides that the war would end quickly. As Larry Daniel concluded: “Beyond a devastating body count, something else had died on the fields of Tennessee that April 1862 — the innocence of a people. Shiloh would soon be eclipsed by more horrific battles, but at Shiloh the Nation had taken its first gasp.”