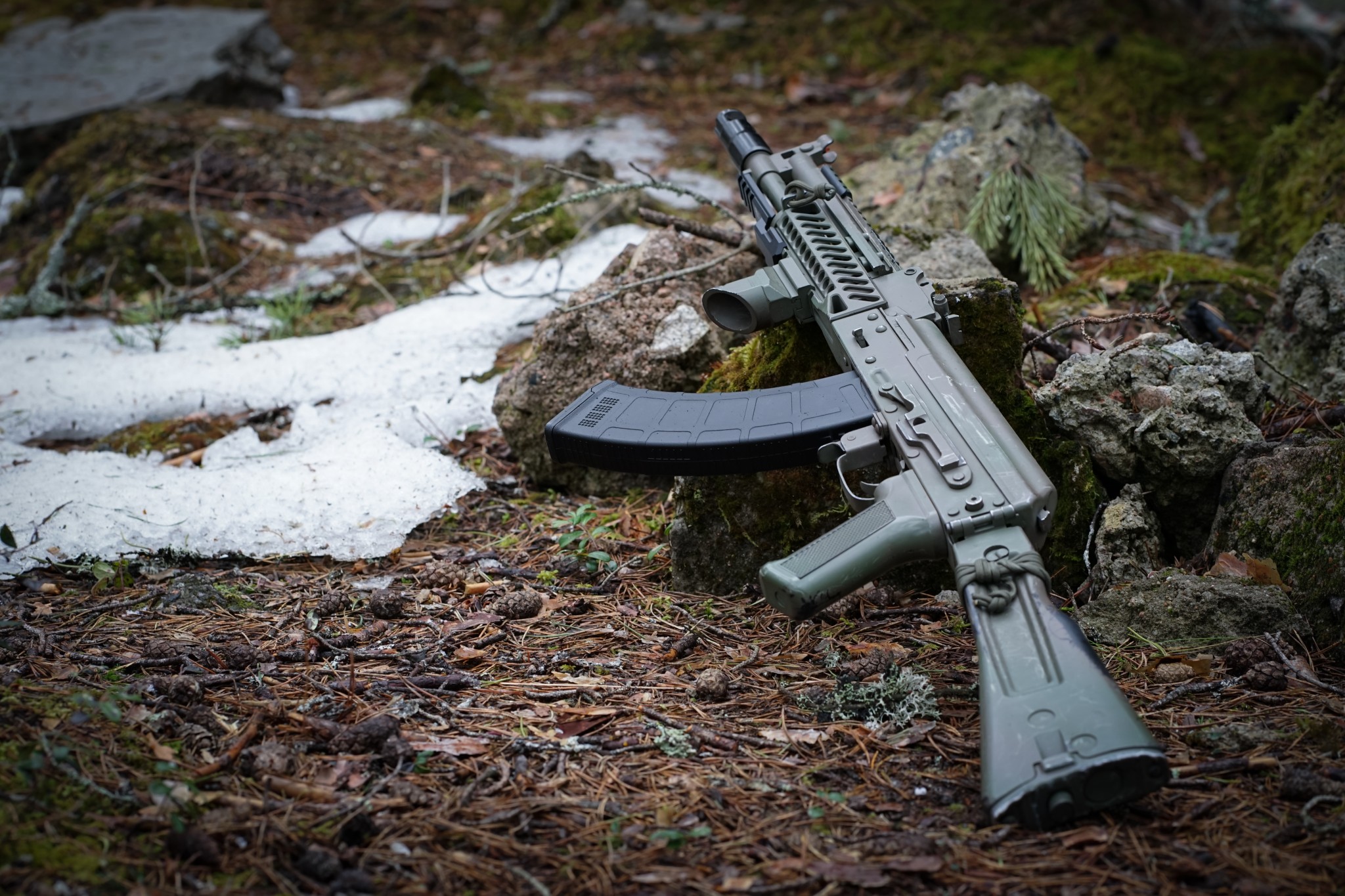 “It was well known that Russian soldiers raped girls anywhere from five to 80 years of age.”

So said Joan Clark, wife of Bill Clark, Ronald Reagan’s closest adviser and the man who, more than any Reagan official, helped defeat the Evil Empire and win the Cold War. Joan was an immigrant from Czechoslovakia who had escaped the Red Army. She painfully recalled her encounters with Russian troops as she and Bill and I sat on the porch of their ranch home outside Paso Robles, California, one hot day in July 2006.

Young Joan and her native family, the Brauners, had been herded out of Czechoslovakia and into Soviet-held eastern Germany on a scorching June day in 1945 by Russian occupying forces. As American GIs celebrated V-E Day with freshly liberated Europeans in the West, Joan and her family, like so many in the East, lost their liberty and everything they owned to the Soviets.

After an exhausting day climbing a mountain range bordering Czechoslovakia and Saxony, the family took refuge in a little house owned by Joan’s mother’s relatives in the town of Waldkirchen. That first night they endured yet more cruelty from the Russians: drunken soldiers pounded the front door demanding schnapps and vodka. The women were terrified. They expected to be raped.

Joan’s wise father had surveyed the house earlier. He pushed the girls and their mom to the roof. Thanks to the Russian language he had learned on the eastern front in World War I, Eduard was able to explain to his “guests” that there was no alcohol in the house. This was not what the Russians wanted to hear. Angry, they ransacked the house, taking everything, including a suitcase with all their documents — among them, their precious passports to freedom.

The communists now had everything. They had taken it all. “It was devastating,” Joan told me 60 years later through tears. “In Germany, if you stood in front of a government official with no birth certificate or official papers, you simply did not exist. Without those documents, you couldn’t get rations or, most importantly, a passport. Nothing.”

But at least the girls kept their lives, and avoided being raped.

Not all of the women who faced Russian soldiers behind the Iron Curtain were so lucky.

Consider another example from behind the Iron Curtain, this time in Bulgaria in the autumn of 1944, published in the Harvard University Press work, The Black Book of Communism. It was shared after the Cold War by the victim’s daughter:

The day after my father was first arrested, another policeman arrived around midday and instructed my other to go to Police Station No. 10 at five o’clock that afternoon. My mother, a beautiful and kind woman, got dressed and left. We, her three children, all waited for her at home. She came back at half past one in the morning, white as a sheet, with her clothes tattered and torn. As soon as she came in, she went to the stove, opened the door, took off all her clothes, and burned them. Then she took a bath, and only then took us in her arms. We went to bed. The next day she made her first suicide attempt, and then there were three more after that, and she tried to poison herself twice. She’s still alive, I look after her, but she’s quite severely mentally ill. I have never found out what they actually did to her.

This was what “liberation by the Red Army” looked like.

The Russian Army has long had a curious habit of invading free countries and killing the men and raping the women in the name of “liberation.”

Those are two anecdotes, among Czechs and Bulgarians. Here are some actual statistics from wartime in one country — Germany:

What the Red Army did to German women at the end of World War II is astonishing. In his The Fall of Berlin 1945, Antony Beevor writes that Red Army soldiers were guilty of an estimated two million rapes of German women in the period of 1945-46, thousands of whom committed suicide as a result. There was an estimated 90 percent abortion rate among impregnated German women. It was a horror. Beevor notes that because of all of the shattered windows among the destroyed Berlin buildings, “you could hear the screams every night.”

Even Joseph Stalin was taken aback, ordering his commanders to tell the troops to “change their attitudes toward the Germans … and treat them better.” This was a country that Stalin planned to occupy, and this was no way to start. The United States would give West Germany a Marshall Plan to feed and clothe the people, whereas the Soviets gave them rape.

Stalin knew that it was not in the best interests of the Kremlin to be loathed by the German population. Still, the boys could care less. When informed of his troops’ behavior, Marshal Aleksandr Vasilevsky callously shrugged, “I don’t give a f***. It is now time for our soldiers to issue their own justice.”

I note all of this right now because of the numerous awful reports of Russian rapes in Ukraine — heinous human rights abuses and outright war crimes. These were especially evident in the city of Bucha, where the world was informed of naked and dead Ukrainian women covered up by Russian invaders. Bucha is a terrible case of apparent multiple if not mass rapes.

The sexual assaults have not been limited to Bucha, of course. In one widely reported incident, a woman in Kyiv was raped multiple times in front of her little boy by two Russian soldiers after they killed her husband.

The alleged incidents are appalling, including the raping of children. Mariana Betsa, the Ukrainian ambassador to Estonia, claimed evidence of “A 3-year old Arina (with signs of rape) on top of her 17-years old sister Veronica.” Her body was heaped atop her sister’s corpse in a mass pile. Yes, three years old — so it is claimed. Obviously, that is hard to imagine, and I certainly can’t confirm it.

Ukrainian MP Lesia Vasylenko stated in a Tweet: “Russian soldiers loot, rape and kill. 10 y.o. girls with vaginal and rectal tears…. Russian Men did this. And Russian mothers raised them. A nation of immoral criminals.”

These are not isolated cases.

“There are many more victims,” acknowledges Ukraine’s representative to the Council of Europe. “And of course, we are expecting many more of them [reports], which will be public once victims will be ready to talk about that.”

The bizarre Putin apologists in the United States, of which there are strangely and sadly many, are dismissing such claims as Ukrainian and Western propaganda. These Putinists are once again weirdly swallowing the Kremlin’s pleas of innocence. They are modern-day Kremlin dupes repeating Russian talking points. (See R. Emmett Tyrrell Jr.’s excellent “The Quislings Turn on Zelensky.”)

Of course, none of us are there on site. We can only read what is reported and perhaps even sometimes exaggerated, though we can see the actual photos from the scenes of the crimes. They are hard to stomach.

I present this perspective here as a historian of the 20th century and of Soviet-Russian behavior. And I can assure you that in the modern history of Russian soldiering, these allegations of wartime rapes are absolutely nothing new. Tragically, they’re par for the course for the Russian Army.