by Paul Kengor
The busts of Joseph Stalin and other communist party leaders line the wall on Red Square in Moscow, Russia. (Shutterstock/Arthur Lookyanov) 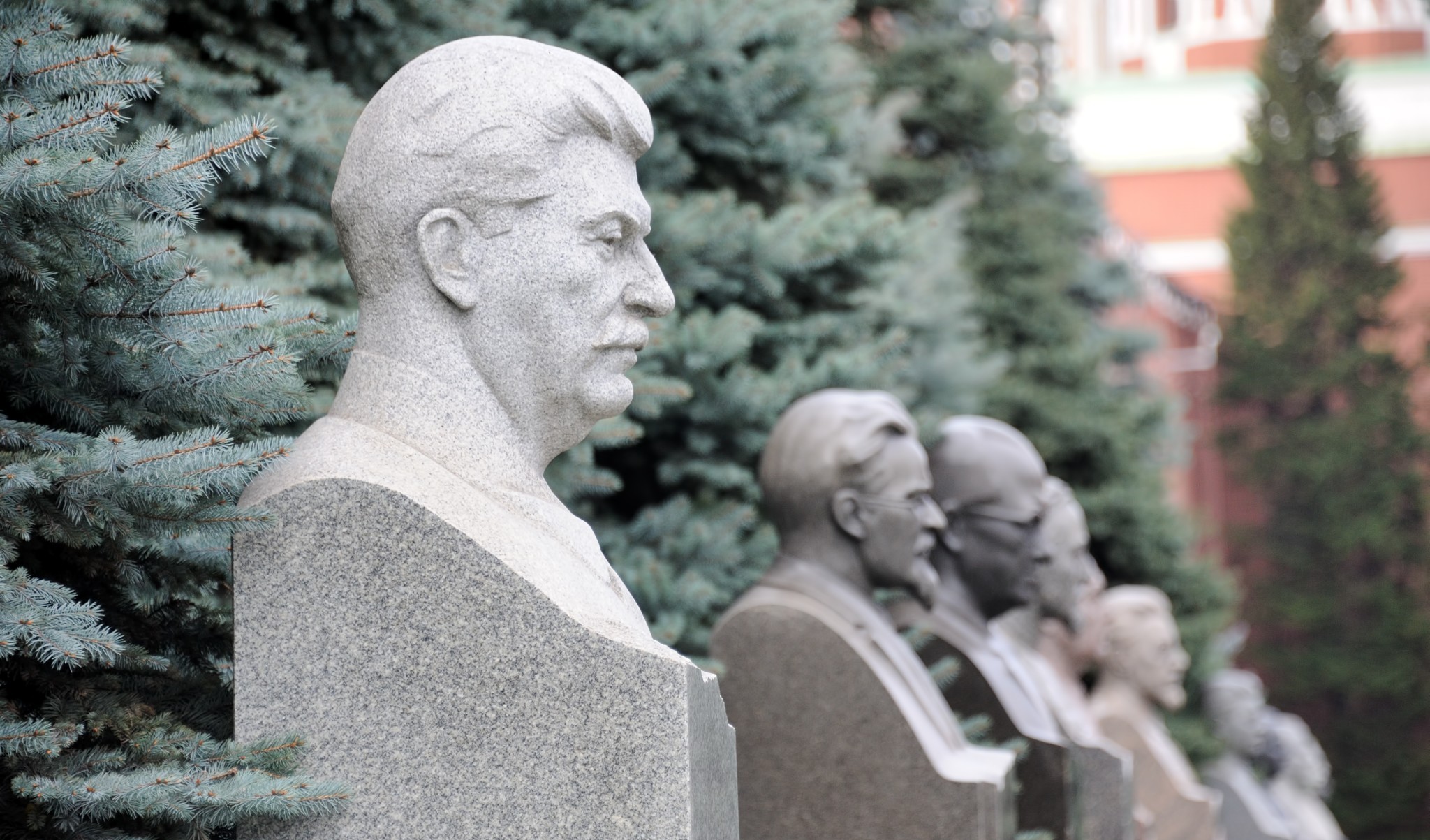 The number of Russian combat deaths in Ukraine is striking, perhaps already exceeding the total dead in 10 years of war in Afghanistan from 1979-89. A NATO official has estimated that 7,000-15,000 Russians have been killed in Ukraine and that there are up to 40,000 casualties.This has prompted many observers to hope that this could signal the end of Russia’s assault. After all, why would Russians persist when they’re getting their butts kicked on the battlefield?

Sorry, but here’s the sad reality: The Russians always persist when they’re getting their butts kicked on the battlefield, whether by the Kaiser or Hitler or retreating from the Mujahedin. It’s a way of life for them; or a way of death. They know death unlike any other people.

The Russians always endure massive casualties, and yet their inept military commanders and malicious dictators never cease shoving them into the meat grinder, whether the trenches of World War I, their mass annihilation during World War II, or any other examples of vast fields of deaths that Russians have experienced for over a hundred years.

In World War I, no country suffered like Russia. The total dead for all sides in WWI was roughly 10-20 million. Russia lost more than any other nation, a minimum of three million. For a sense of comparison, America lost about 117,000 men. That’s a drop in the bucket compared to Russia’s staggering losses.

What was Russia’s reward for this colossal sacrifice? That’s where the story is even sadder. Though they were on the side of America and the allies, Czar Nicholas II abdicated the throne in March 1917 and his troops were pulled out by the Bolsheviks. Instead, Russians got Lenin, Trotsky, and Stalin. Nice reward, eh?

As for World War II, the numbers are off the charts. The total dead for all countries was 70-85 million, with the Soviet Union accounting for the largest portion of that, courtesy of Hitler’s betrayal of Stalin and merciless rampage into the USSR. The standard accepted figure for the USSR is 27 million dead, though recent research suggests it may be far higher. By comparison, the United States and United Kingdom each lost about 400,000. So, combine U.S. and U.K. deaths, multiply them by 30, and then you begin approaching the number of Soviet deaths.

Think about that. Could it get any worse for the Russian people?

Oh, yes. Do not underestimate the killing capacity of humanity’s most lethal ideology: communism.

Alas, there’s a unique set of gruesome categories for Russians, namely, the internal death unleashed by Marxism-Leninism: the 1917-21 Russian Civil War, the shocking numbers purged or starved or otherwise “liquidated,” and the very worst of them all, a quiet killer no one in the West talks about — the unparalleled number of abortions.

As for the civil war between the Bolsheviks and Mensheviks, historian W. Bruce Lincoln in his book, Red Victory: A History of the Russian Civil War, estimates that it destroyed seven million Russian men, women, and children. That slaughter followed all the fatalities of World War I.

As for deaths under communism, no one knows the exact numbers, depending on which groups of corpses are factored in. The Black Book of Communism, the seminal work published by Harvard University Press, cited 20 million deaths, but many accounts of the Bolshevik butcher’s bill exceed 33 million. Lee Edwards, founder of the Victims of Communism Memorial Foundation, citing the epic work on “democide” by the late political scientist R. J. Rummel, as well as the research of the likes of Robert Conquest, Alexander Solzhenitsyn, and others, estimates that Soviet governments were responsible for the death of 61 million of their own from 1917-87. 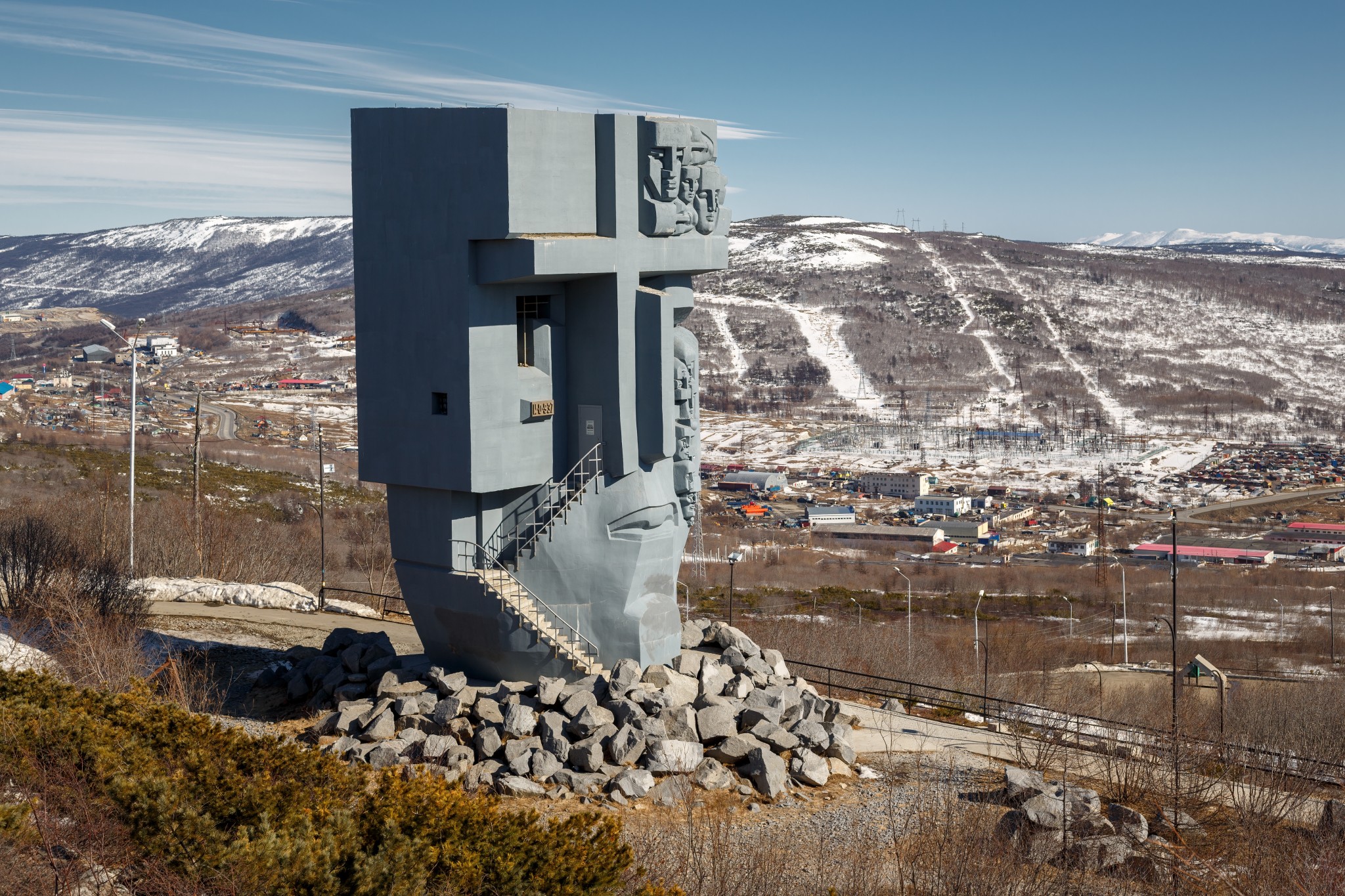 A monument dedicated to victims of the Gulag prison camps in Magadan, Russia, located in the Russian Far East. (Andrei Stepanov/Shutterstock)

Alexander Yakovlev, who was one of Mikhail Gorbachev’s chief reformers, and who in the 1990s was given the official task of counting the skulls, says “Stalin alone annihilated … sixty to seventy million people.” He shared those numbers in his 2002 book, A Century of Violence in Soviet Russia, published by Yale University Press.

Communists were hell-bent on abortion. In November 1920, the Bolsheviks made good on Vladimir Lenin’s June 1913 promise (printed in Pravda) for an “unconditional annulment of all laws against abortions.” In stunningly short order, abortions skyrocketed. Remarkably, by 1934 Moscow women were having three abortions for every live birth — shocking ratios that American women, in the worst throes of Roe v. Wade, never approached.

In the deadliest years after Roe, America saw annual abortions in the range of 1-2 million. Incredibly, by the 1970s, according to official Soviet Health Ministry statistics, the USSR was averaging 7-8 million abortions per year, eradicating whole future generations of children.

Only recently, under Putin, who faced a projected population plunge from 140 million Russians in 2000 to 104 million by 2050 (according to World Health Organization projections), did Russia put restrictions on abortion. Putin’s restrictions were the first since Stalin outright banned abortion in 1936, alarmed that his country was aborting itself to death. Nikita Khrushchev lifted the ban in 1955, and the abortion mills ramped up again at full capacity.

It is no exaggeration to say that hundreds of millions of children may have been snuffed out in the womb. There may have been close to 100 million abortions in the Soviet Union in the 1970s alone.

Amid all of this blood, blood, blood, I’ve actually left out quite a bit. I didn’t even mention specific episodes of brutality such as Holodomor — i.e., Stalin’s famine inflicted upon the people of Ukraine, which involved another 5-10 million deaths via starvation.

Overall, this is a sickening picture. Russia is a culture of death. The Russian people have been through a hell unlike any other since 1914. No country compares to this level of violence. None.

“Do you hate the Russians?” I once asked a native Pole, Jan Winiecki. He spoke at Grove City College in March 2000. Professor Winiecki laid out in a compelling lecture what the Soviet Union had done to Poland for 50 years, beginning with the Hitler-Stalin Pact that launched the mutual Nazi-Soviet invasions in September 1939 (hence launching World War II) and on through the collapse of communism in the fall of 1989. I’ve never forgotten Winiecki’s answer: “Oh, no! Not at all! I weep for the Russian people.”

Winiecki hastened to add: “There is no other people in the world who have suffered as much death. I feel only pity for Russians.”

So should we. Their leaders often don’t.

Pope John Paul II, a Pole who witnessed a chunk of that death, said that every human being is “unique, precious, and unrepeatable,” each made in the image of God with sanctity and dignity. Many a Russian despot has not shared that view.

And the death could get much worse, especially if we add Russian losses not only in World Wars I and II but, yes, quite possibly a World War III.

To that end, I fear that Russia’s current losses in Ukraine only make that prospect more likely. I’m actually more concerned about Putin’s behavior under a scenario in which his troops seem destined for a crushing defeat. The more desperate, the worse Putin may react. Yes, I can easily see him using WMDs. Joe Biden suggested that Putin using WMDs (chemical weapons) might be the thing that would draw America in.

The Russians always get their tails kicked on the battlefield. This is no surprise. The concern is always just how brutal their despots are willing to behave in response. With Putin, we shall see. I’m not optimistic.